The Banner Saga 3 Preview – It’s Great to Be Back

The Banner Saga 3 picks up right where you left off. Your human leader (Rook or Alette based on your previous choices) have finally reached the capital just in time to deal with political unrest. The Varl and the Menders have journeyed beneath the Earth straight into the encroaching darkness, and what they find in there is freaky and messed up. This is the Banner Saga and it’s great to be back.

Despite being released as a separate sequel, the games in the Banner Saga have felt more like super-long episodes in a Telltale series. Not in terms of gameplay obviously, this is still an excellent tactical RPG. But the differences between entries in the series are subtle. The art style is still gorgeous. The story is still melancholy. The writing is still gripping. The last entry in the trilogy is familiar.

That’s not to say that there are no differences whatsoever. In the first few missions, you are thrown a number of fascinating obstacles and objectives that shake up combat. These challenges aren’t always huge or flashy, but they come constantly and never let you sink into a rut.

One early battle takes place in a burning tent. In addition to your regular concerns like exerting your willpower, you have to worry about the spread of flames. This adds a great cost-benefit choice that wrinkles my regular strategy. I ended up frying my Varl powerhouse because he was too big to position without edging into the flames and taking serious damage. Banner Saga epitomizes easy to learn but hard to master, and part three assumes you’ve learned some tricks and is ready to turn your hard-won strategies on their ear.

Some battles give you a choice when it comes to objectives. The Dredge are endless, and sometimes you will have to choose how long to keep fighting, and when to retreat. Decisions like this capture the best moments of the series. You can always see your caravan in stats like population, supplies, and morale. Part Three constantly blends tactical decisions of battles with your larger strategy as a leader and your moral choices as an RPG protagonist. 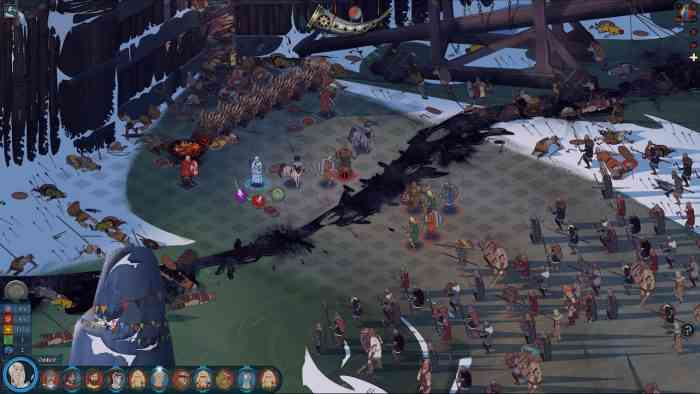 Will you remain loyal to your horseborn allies? Even if it will cost you favor with the human nobility? What will you do when an act of kindness is perceived as weakness? You may want to take on a gang of refugees to gain access to a cool new fighter to use in battle, but his people will start eating your supplies, which will lower morale for your civilians and warriors alike.

There are moments of big choice that will alter the path you take throughout the Saga, but for my money, the best choices are these smaller ones. Sure they might be part illusion, but it’s an illusion I was deeply committed to. The combination of art, sound, and music sucked me into this world and watching fifteen followers vanish off my screen because I didn’t want to risk Oddlief getting injured hurt my heart in the best possible way.

That gorgeous style does a lot to draw you in. I just wish there was more of it. I eagerly wait for the beautiful cutscenes in this game. I can’t think of another RPG where I enjoyed watching as much as playing. But those cutscenes are few and far an in between, and regretfully short.

Go catch up on The Banner Saga if you haven’t already. It’s one of the best and most original fantasy stories in gaming. It achieves a sense of melancholy and grandeur I’ve only been able to find in fantasy literature. The third entry in the trilogy is sure to satisfy fans. It continues everything that’s taken you this far while ever so slightly cranking it up. The tension, the tough decisions, the desperate gambits, all of them hit you in full force in part three. 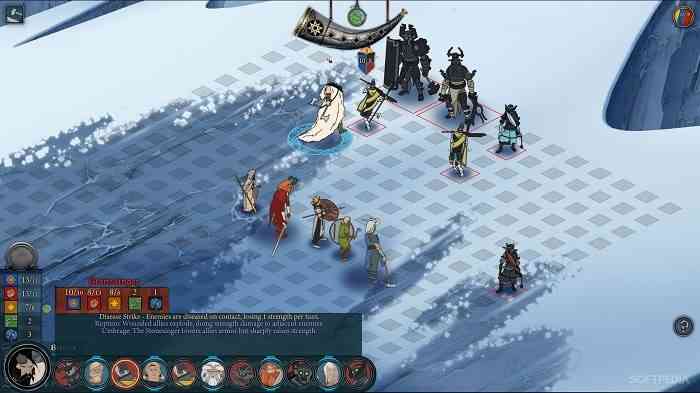 The Banner Saga 3 will be available on July 26th. That gives you plenty of time to catch up or refresh yourself on the story. If you want, you can feast your eyes on the splendid recap that Stoic has put together here.

** A Steam PC code was provided by the publisher ** 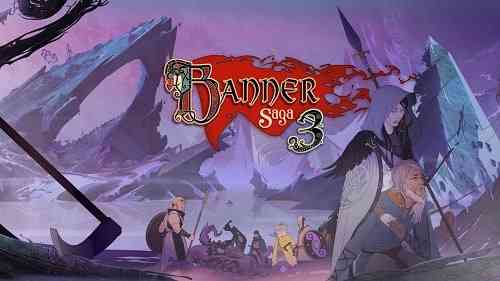 The Banner Saga 3 Review – A Perfected Formula
Next P.A.M.E.L.A. One Year Later: Indie Sci-Fi Survival Horror is Slowly Improving
Previous Starlink: Battle for Atlas Will Bring Toys-to-Life Back From The Dead