The VelocityOne Rudder is compatible, on it’s own, on PC, by simply plugging it into the PC USB port. Unfortunately, in order to play Microsoft Flight Simulator on PC, you’ll need to use the PC Xbox app – and for many folks, myself included, that app just won’t work. Despite my efforts to reach out to Xbox support to get the PC Xbox app/PC Game Pass working on my PC, my requests were ignored.

With this all said, the extent of my impressions is limited to what I was able to unbox and observe. 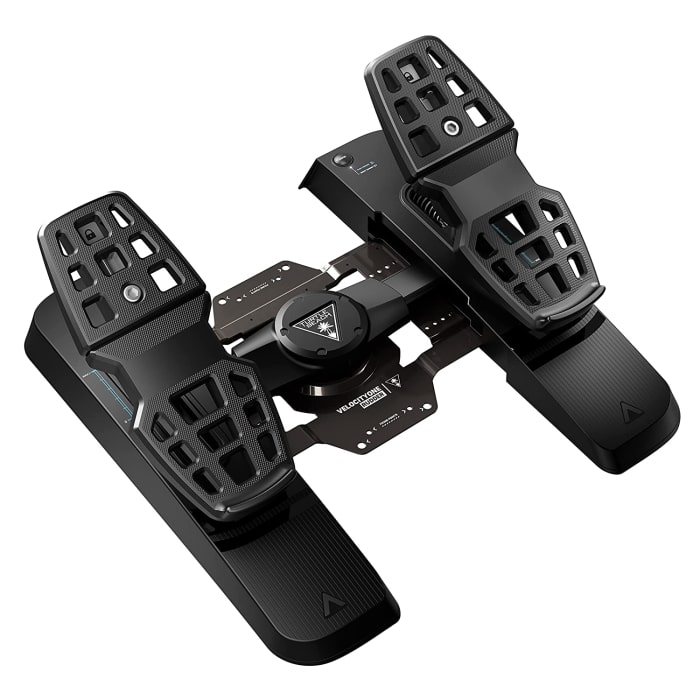 The first thing of note is just how hefty the VelocityOne Rudder is. It weighs over ten pounds and feels extremely sturdy. Despite its heft, I noticed it would shift quite a bit when I would put my feet on the pedals. It’s clear to me that for optimal performance, folks will want to buy the VelocityOne Stand, which should add enough weight to prevent it from shifting around too much.

The VelocityOne Rudder offers the ability to adjust the pedals in two distinct ways. The first is adjusting it for larger aircraft or light aircraft – defined by either using the full pedal or removing the heel portion of the pedal. The second way is adjusting the pedal width, which from what I can tell is likely more for comfort purposes. 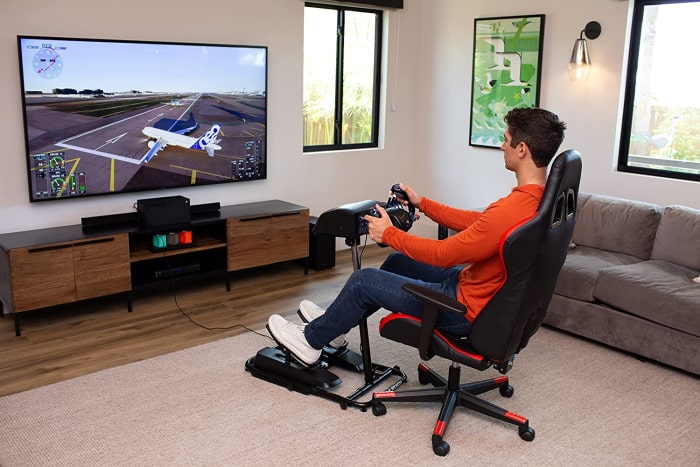 So, why would you need a VelocityOne Rudder? I’m glad you asked. The rudder, in this case, provides gamers with three different movement options. The first, and most significant, is adjusting the planes yaw – in flight – by sliding the pedals. The second and third options involve the braking while the plane is taxiing. Toe brakes to slow the plane and differential braking for tight turns while taxiing.

The VelocityOne Rudder is an impressive piece of hardware. It feels well-designed and sturdy. It probably would have benefited from a bit more weight to prevent accidental sliding, but I imagine the most ambitious aspiring pilots will buy the VelocityOne Stand to combine all the different VelocityOne components together. I was bummed out that I couldn’t use the rudder on its own with my Xbox Series X, and even more bummed out that I couldn’t get Microsoft Flight Simulator to work on my PC due to issues with the Xbox App – I wish Xbox Support would have returned my requests for help.

It would have been awesome to give the whole VelocityOne Flight System a test drive on my Xbox Series X. For those willing to invest in the whole package, I imagine it will provide such a fun and unique experience for Microsoft Flight Simulator.

***Turtle Beach VelocityOne Rudder was provided by the manufacturer***