Top 5 Reasons You Will Love the Xbox One Elite Controller

If there is one thing that the Elite Controller really excels at, it is the area of customizability. From the different analog sticks you can swap out, to programming your buttons and their sensitivity, you’ll be fine-tuning this controller to your hearts content. What is amazing about this fact is that this can be done on your Xbox One or on your Windows 10 PC (it also can be used to play games on PC as well). It simplistic but yet in-depth all in one fell swoop, and the changes you make, from which buttons you use, or assign to the paddles, to the sensitivity of your triggers, it all makes a big difference in your gaming.

Being able to change your dead zones on your triggers, or how your sensitive your analog are, is pretty amazing. Many people find that certain games require certain control schemes, from twitchy FPS sets ups to those who require precision for cornering in driving games; you’ll find the ability to do whatever you want. Microsoft has even included some choices for the controller’s analog sticks as well as pre-programmed some control set-ups for some of their first party games like Halo 5: Guardians, Forza Motorsport 6, Gears of War and Sunset Overdrive. There has even been talk about providing more pre-programmed setups for different games as time goes by. All these pre-programmed set-ups can take away much of the guesswork for those who may not be 100% confident in what they want to do, and they also help everyone learn what will and will not work.

Of course you cannot forget that you can customize the physical setup of your Elite Controller. You can use the standard sized analog sticks, or use the middle sized ones with convex thumb tips, or use the longer sticks with the standard concave thumb tips. You can also use a traditional d-pad or a concave disc-like one. And, if you feel real daring, and want to mix things up, you can use a combination of any of these. As for the paddles, along with assigning various buttons functions to them, you can physically switch them on or off and use as many paddles as you feel comfortable with, from one to four. In other words, the Elite Controller can truly be customized to your own liking. 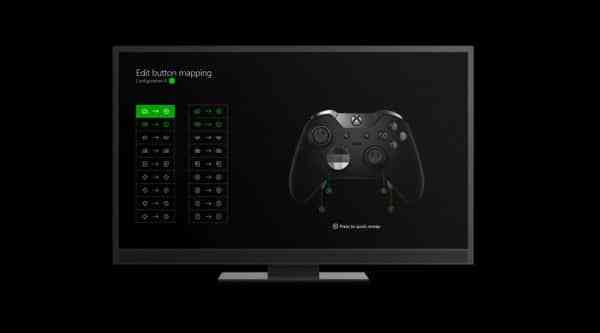 From physical customization to ease of use as a whole, the Elite Controller is designed in such a manner that everything you can, or want to do with it, is simple. From swapping the d-pad or switching up the analog sticks by simply pulling one off and putting on a different one and hearing the click as the magnets snap it together to removing the included paddles and reattaching them when needed again, there are no tools or adapters needed. And in regards to programming the controller, it is simple as using the Xbox One app (or on your Windows 10 PC) and scrolling through the menus to change whatever you want, however you want, and saving it on the console, PC or right to the controller, it’s all very simple. Of course as mentioned, the pre-programmed control setups will get you right into the game with custom controls right away. All in all the Elite Controller was designed to allow you to do many things very easily, but still provide a deep level of customization and adjustments for those who want it. 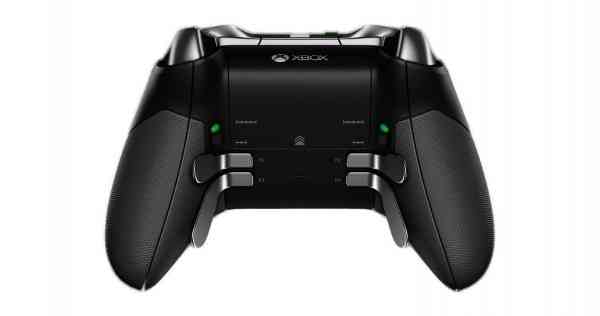 One of the biggest things that should be noted is that the Elite Controller is an official Microsoft made this controller. It is not a third-party controller that has had to license any of Microsoft’s Xbox One technology. The Xbox One has some very specific hardware inside, and not all companies have access to what is “inside the box”, but Microsoft does as it made the Xbox One, so you know that this controller has the ability to take advantage of everything it can that is inside the console. Case in point, a lot of recently released third party pro-controllers are wired, such as Power A’s Fusion controller and the Razer Wildcat. While these companies praise the use of wired connections for uninterrupted response time in regards to pressing buttons and whatnot, which may be true, you also know that they didn’t have access to Microsoft’s wireless technology.

Well there you have it, our top 5 reasons why you’ll love the Xbox One Elite controller. To tell you the truth, I almost put down price as one of the reasons as well, as $149.99 USD for a first party made, customizable, premium, programmable pro-controller, with carrying case, isn’t bad at all, especially when you look at the cost of other comparable third-party controllers. Heck, many of them can sell for a whole lot more too; however, no matter what is said, there will still be those naysayers that want it for less (hey, I get it, less money spent is always good for one’s wallet) or those want even more stuff for the 150 smackers (e.g. some want the charge and play kit included). Bottomline, the Elite Controller is a slick accessory and worth the money, and I must not be too off the consensus here, as it is sold out everywhere as of writing this article, and the rumours on the street is that supply will continue to be limited given the overwhelming support it has so far.