So if you’re like me, you have already spent a lot of time wandering the wastelands of Fallout 4 by now, and that Main Quest has fallen by the wayside (“Gotta find my lost son and — ooh, a Raider camp!”). And as you check out all the countless goodies that have been hidden like chocolate eggs at Easter, you are going to encounter lots of enemies. Now, if you have played Fallout 3, you might be expecting combat to be the same this time around… but you would be wrong. In Fallout 4, there are a few differences with combat that you need to think about if you want to avoid becoming a radioactive pile of goo. Here are 5 simple, beginner-level tips to bring you more success in your first bouts of Fallout 4 combat.

It might seem like a weapon is a weapon in Fallout 4 – and that fun laser rifle will be just fine for any foe. But that is not quite true. For example, some enemies, such as Super Mutants and Feral Ghouls, are irradiated, meaning they are chock full of radiation already from the nuclear holocaust that has altered the planet. That means that radiation weapons, like your favorite laser rifle, won’t do much damage to them. And Synths, a new robotic enemy in Fallout 4, are nearly immune to energy weapons. Ideally, what you want to do is switch your weapons to suit your foe in a given situation. In the case of Feral Ghouls and Synths, you want a conventional gun, such as the 10mm pistol. In fact, Synths are surprisingly vulnerable to even weak projectile weapons (just don’t let them get too close). For Super Mutants, a heavier weapon is need, because they are so damn big and scary. Use a shotgun on these mothers, and hopefully use an upgraded one. As you fight enemies in your travels, check the damage meter to learn which weapons are best for which – a little bit of homework in this area can make your life a lot easier. 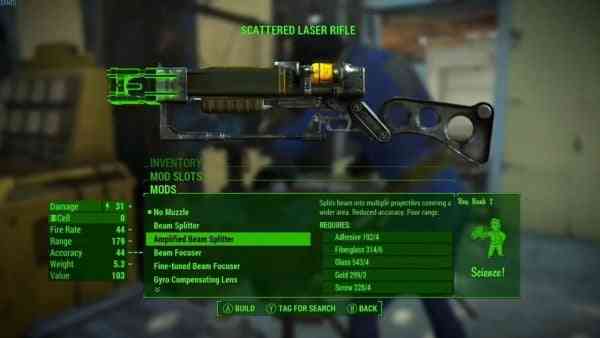 2 – Use your Bash in Close Combat

You will quickly notice that many enemies rush straight at you in Fallout 4  It can be disconcerting, especially in the case of Feral Ghouls. These buggers get straight-up in your face with their surprisingly-fast movement, which makes ranged attacks impossible. Instead of moving around to try and line them up for a good shot, Bash them with your gun. Whenever you have a gun equipped, you also have the option to Bash with it in close combat. You can Bash a nearby opponent with the R1 button. It is actually a pretty devastating attack, and can finish off an enemy who has already been softened up a bit by your ranged weapon. In fact, I use the Bash quite a bit – rather than lining up my foe for a last gunshot, I just run at them and Bash. It is faster and very effective. Eventually, if you level up your Strength to 8, you can get the Basher perk, which increases the damage you deal. 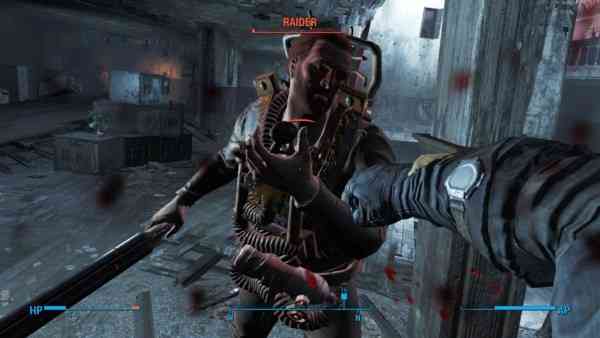 It is natural to try for a headshot in Fallout 4 – it is, after all, a First-Person Shooter at its core, and the headshot is the conventional way to take out enemies. But in Fallout 4, the head is not always the best option when in V.A.T.S. For one thing, your chance of hitting the head is often slim – which you will see especially if you are any distance from your enemy. For another, the damage your shot does at a distance, even if you hit the head, will not be nearly enough to finish the job. Oops – now you have to run away and try to charge up your V.A.T.S. attack points again. Instead, try going for the legs. For many enemies, the legs are a weak spot, and if you focus on one leg, you can incapacitate them and leave them virtually helpless. They may not be dead, but with only one leg, they will obviously cease to be any threat to you. Smaller bipeds, such as Feral Ghouls, Raiders and Synths are all foes that can be dealt with by using this leg-focused strategy. On a related note, do NOT try this with bigger foes, such as Deathclaws or Super Mutants. Their legs take much more to destroy, and you will be lunch long before you beat them this way. 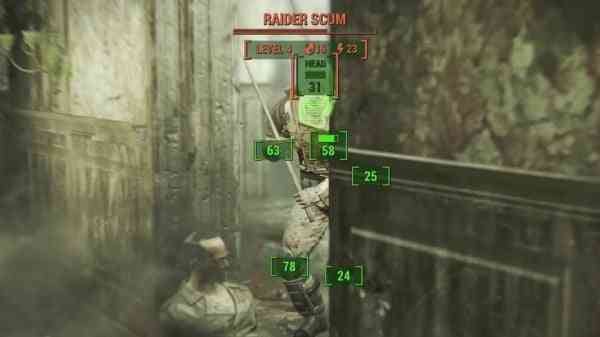 Click on thru to page 2 for the final two tips!

Modders Are Asking: Do You Feel the Bern?
Next COGconnected Retro Review Series Episode 1 – Final Fantasy VII: Part 3 – The Review
Previous Top 5 Reasons You Will Love the Xbox One Elite Controller