Okay, this one hurts me deeply. My love of Star Wars has abided years of abuse from fanboys, Attack of the Clones, and George Lucas constantly ‘touching up’ the originals. This, however, is the first time that I’m actually going to stay away from a Star Wars project. When it was announced, it had all the things going for it. Donald Glover as Lando, Chewie, the Kessel Run, the Falcon, and a story centered around everyone’s favourite scruffy looking nerf herder. Then, the trouble started. Most of the way through filming, directors Phil Lord and Chris Miller are fired once Disney had a real ‘WTF’ reaction to what they saw. Ron Howard comes on to do some tweaks and apparently the entire production is a train wreck. From onset hostilities, to bad acting, to an all over the place script, Solo wasn’t in good shape. Howard does some serious reshoots so they can get into post with that May release date looming… and now they’re back in reshoots.

Look, I want to be wrong about this one as much as the next guy. However, last time there was this kind of fuckery behind the scenes, I had to sit through X-Men: Apocalypse. My faith is too badly shaken to hold out hope for this one. Fingers crossed though.

No trailer yet, and maybe here’s why. 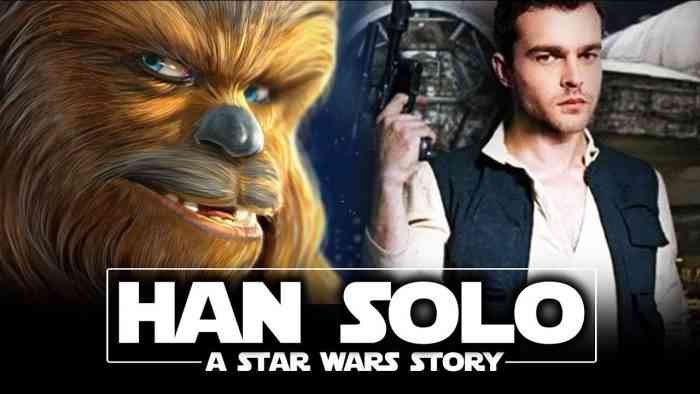 Dwayne the Rock Johnson (the only damn name I’ll call him!) is easily one of the most charismatic people in the world. There’s a reason he’s considered the ‘franchise saviour’ since every time he’s stepped into a new role, a bank has to open to keep track of all of that cash. If we can be objective for a minute though, how many of these cash cows were, you know, good.

Skyscraper is a hush-hush project that puts The Rock in a (you guessed it) Skyscraper in China and then… well, that’s all they’ve really said so far. Even without the plot, we can probably use an apples to apples comparison with The Rock’s last non-franchise tentpole – San Andreas. Yeah, it was big, loud, and made a boatload of money but my god was it ever bad. I don’t care how easy on the eyes or charming that man is, not even all of his perks can make up for a piss poor script and 15-minute action sequences to cover up for how boring the movie actually is.

Maybe this one is going to be the new Die Hard and it will become a staple for years to come. Somehow, give Johnson’s track record, I’m gonna go ahead and say that’s probably not going to be the case.

Not really a trailer, but about close as you can get:

In a bold move, Disney and Sony collaborated to allow Spider-Man into the MCU to the absolute adoration of fans but still left Sony with a large majority of Spidey rights in Sony’s hands. Then, Disney did one better and bought Fox Studios which, among so many things, brought the X-Men back to the fold. Which has now upset me because why didn’t Disney just buy Sony too and save us from whatever god-awful mess they have planned over there.

I mean, what are we looking at here? A Spider-Man villain who turns anti-hero where they managed to get the indomitable Tom Hardy to come in as Eddie Brock and bring Venom to the screen. Except there’s no Spider-Man. So, there’s no villain time which would lead him on the journey to anti-hero. In essence, Tom Hardy is playing a journalist that is also bonded to an alien symbiote that looks bizarrely like Spider-Man but will have no identifiable connection or backstory explaining any of it. Cool. Cool, cool, cool. This sounds like a hot mess.

No trailer here either, unsurprisingly. 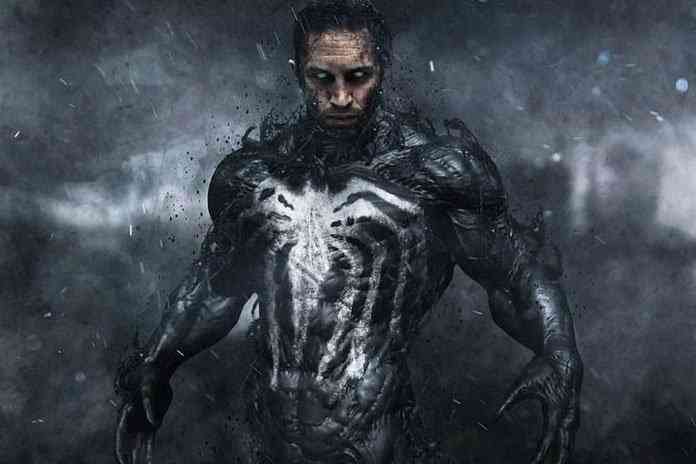 Hey, here’s some more of the promised battle robots! Guillermo del Toro is a genius whose love of kaiju is often misunderstood. Which is why his $150 million Mountains of Madness got scrapped or why people lambasted Pacific Rim back in 2013.

The monster/kaiju smash up was purposefully B movie material with some absolutely amazing action sequences which was largely ignored by moviegoers and mocked by critics but they all had it wrong I tell ya! Personal bias aside, the thing to really note about Pacific Rim is the finality of the end of the movie. Even though del Toro himself talked about potential sequels, it almost felt like he knew they weren’t going to let him do this again and he put as much of a final stamp on it as he could.

Uprising continues that story though and with a brand new cast to boot! Do you know what happens when a studio shoves the creator out the door and takes over in order to try to make more money? Nothing good, that’s what. Sorry, John Boyega, I’ll catch you for Episode IX.