Another first-time Fallout 76 addition, folklore-inspired Grafton Monsters are huge, golem-like brutes with massive upper bodies and lacking a defined head or face. Their hulking bodies are grey and hairless, and they have relatively-small legs. Judging by the images we have, they will do major damage using their enormous arms and hands. Apparently, the Grafton Monster is inspired by a 1960s incident in which a group of West Virginians claimed to have encountered a pale, headless monster that was over seven feet tall.

In Fallout 76, death can come from above as well as on the ground. Take for example the Scorchbeast, a winged, grey creature with clawed appendages and large ears, giving it a bat-like appearance. It can fly, of course, and in addition to the standard claws and teeth, you’ll be thrilled to know that it also uses a powerful sonic attack to lay waste to your beautiful, newly-built houses and fortifications. Lovely! About the size of a car, Scorchbeasts travel alone or in small groups, and their attacks apparently spread a plague-like effect that turns humans into Scorched Ghouls.

Ok, the Liberator technically isn’t a “creature,” but these little robots will still scare the bejesus out of you just the same. They look like little, scurrying robot-spiders with a single glowing eye, and make up for their diminutive size by traveling in swarms. Liberators also have Chinese inscriptions and red stars on their paint, hinting at their foreign origins, possibly as support for a Chinese invasion force. They have Mark I and Mark II variants. 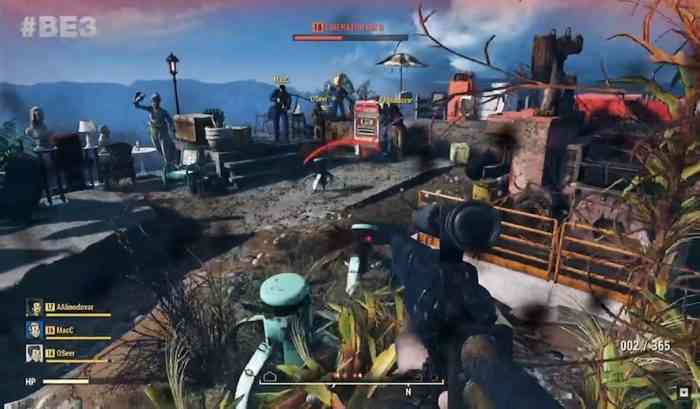 The ugly, deadly Snallygaster is one Fallout 76 creature that will surely haunt your nightmares. Based on an old West Virginia legend of a creature with wings and sharp teeth, Fallout 76’s Snallygaster lacks the wings but brings all of the terror. It runs at you, looking to drain your blood with its horrible mouth-full of teeth. A mutated creature like the other monsters you’ll face, this fleshy abomination is quite possibly the most disgusting of them all, and one you’ll want to avoid for more reasons than one.