2019 was a strong year for games. As I ran through my list of notable titles this year, I’d forgotten how amazing the first half of the year was. Resident Evil 2 AND Kingdom Hearts 3 both landed in January. Holy heck! From there, just about every month had a game in the mix for this list. To hear how we got there, you can check out our GOTY episode on Spotify, Anchor, or wherever else you get your podcasts.

10.  Bloodstained: Ritual of the Night 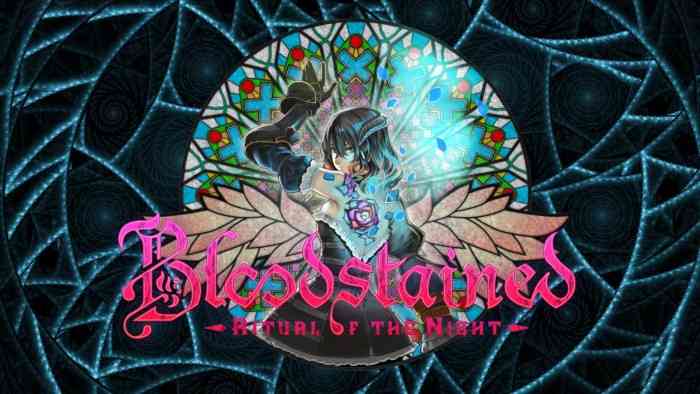 Don’t let a tenth place finish fool you. Bloostained: Ritual of the Night is a damn fine game, and the culmination oh so many years of work by Koji Igarashi and his team. Drawing on the best parts of his signature Castlevania style, Bloodstained is a love letter to fans of Iga’s prior work. Heck, even the title mirrors the PS1 classic Symphony of the Night. For a time, it looked like this game might never release. But it did, and it delivers an experience that harkens back to those simpler times. The design and mechanics are deliberately straight out of the 90’s, but have so finely and precisely honed their feel as to be truly worthy of note.

Remember the aforementioned passion projects? Days Gone is one of those. From a bird’s eye view, it isn’t really doing anything special. It’s an open world filled with markers and objectives, with a sweeping story that’s arguably overlong. And yet, it finds its home here at number 9. Mighty No. 9? No, no, that’s another thing entirely.

Days Gone isn’t anywhere close to perfect, but a few people saw something more than standard mechanics pulled out of the open world starter’s kit. Sam Witwer is outstanding as Deacon, delivering a heartfelt performance of the more or less boilerplate story, and the game looks great even if performance can be unstable.  The thing that pushed Days Gone into the top ten was without doubt the freaker hordes.

The tension of scrambling to escape a horde is top notch, and setting the perfect trap to wipe out hundreds of zombies is incredibly satisfying. Not everyone loves this game, but Days Gone is well worth a playthrough, and we’re confident Bend Studio’s inevitable PS5 sequel will blow minds.

It’s always exciting to see a well known franchise make the jump to a new platform. Three Houses made the jump rather successfully, pulling all the classic strategy maneuvering and relationship drama you can handle to the Nintendo Switch.

The turn based strategy is better than it’s ever been, keeping the permadeath that makes Fire Emblem battles so thrilling, but adding in a few mulligans to make things more approachable for the modern player. As we said in our review, it’s having choice at all that matters: “Beloved sidekicks start dragging in my wake, becoming baggage I can no longer carry. By the last stretch I’m utterly merciless. Such are the wages of war. What matters is that you have this choice at all, something I recognize as critical for different types of players.”

Outside of battle, well, that’s where things really ramp up for a lot of people. Though missing the option to bone your coworkers – it’d be weird when they’re students and you’re their instructor – Three Houses’ tea parties and monastery are a deep, dark rabbit hole we loved falling into for hundreds of hours. If you’ve got any love at all for strategy and personal tales amongst world ending consequences, Fire Emblem: Three Houses should absolutely be on your pile of shame in 2020.

In a lot of ways, Sekiro was a risky project for From Software. [Insert Descriptor] Dark Souls is a phrase that blesses about half of game reviews these days, so messing with that formula must’ve been a bit terrifying. Would the famously controlling Activision let them do their thing their own way? They did, and the resulting game is utterly brilliant.

In our review we proclaimed “ the colorful world of Ashina is a far cry from the gothic, gloomy nature of FromSoftware’s previous worlds, and a welcome one at that. What I admire most about Sekiro’s world is how the beauty’s juxtaposed by bloody carnage and brutal enemies. The appearance alone is enough of a fresh take, but how it’s designed to embrace the game’s traversal mechanics makes it my favorite world from the studio so far. “

Perhaps most interestingly, Sekiro tells a straight forward yet engaging story, and that alone was enough to drag the Souls-weary of us back into the fray. What kept us was the fast, brutal, and precise combat, which is leagues deeper than it seems on the  surface. It’s not for the faint of heart thanks to absolutely brutal boss encounters, but Sekiro is one of the ten best games of 2019 and well deserving of a place on this list.

Bloodstained: Ritual of the Night Update Introduces Crossover Event
Next Ranking The Video Games With The Best Art Design of 2019
Previous Top 5 Games of 2019 That Can Totally Get F**ked