6. Hurtgen Forest is the longest battle the US Army has ever fought

In all of the military conflicts the United States Army has ever been involved in, nothing compares to the three-month-long battle that took place in Germany’s Hurtgen Forest at the end of 1944. 120,000 American soldiers clashed against 80,000 Germans, with a combined 61,000 lives lost in combat. This was also a key victory for the Americans, as the forest served as a staging area for Allied forces in the infamous Battle of the Bulge.

7. The German Tiger II tank was not as scary as it looked

I’m not trying to downplay the awesome firepower of the Tiger II, but the war machine served as more of a specter than an actual threat most of the time. Only 492 Tiger IIs were actually produced thanks to Allied bombing raids on production plants, and the ones that did make the battlefield were never used to full potential thanks to poor driver training and multiple breakdowns. At least the German name for the tank, “Konigstiger” or “King Tiger,” sounds cool. 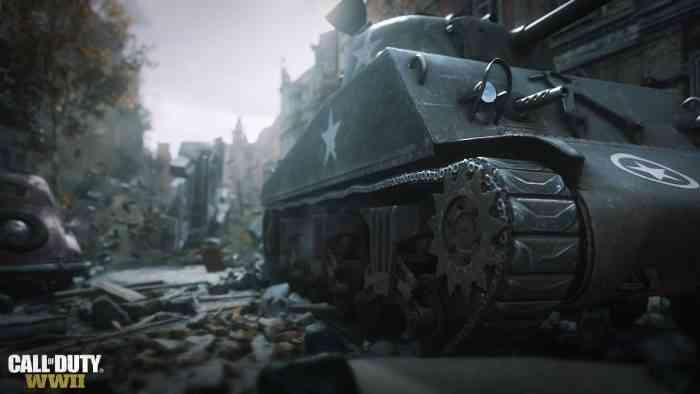 8. Erwin Metz is a real person

Not only was he real, he was a total bastard. He was the head of the Berga concentration camp, a fanatical follower of Hitler, and the sole reason for the awful conditions inside the camp. He ordered the deathmatch seen in the game, where 300 American POWs were forced to march for two-and-a-half weeks straight, then tried to escape by bicycle when Allied forces closed in. A coward through and through was Metz, and the game portrays him perfectly.

9. Over 50% of World War II’s casualties were civilians, most of them women and children

The total death count for World War II lies between 50 and 70 million people. 80 percent of those dead came from only four countries: Germany, Russia, China, and Poland. Over half of that 50-70 million weren’t even soldiers, but innocents trying to live normal lives. 25-35 million people being killed in a war they weren’t even fighting is a mind-boggling number.

I shouldn’t have had to include this last one, it should be common knowledge, but the world in 2017 is so topsy-turvy this point bears repeating. All of the horror and obliteration Call of Duty: WWII shows us stems from the fact that the Nazis were bad, awful, horrible people that attempted the genocide of an entire subset of humans. No one who thinks otherwise should be taken seriously.

Call of Duty: Warzone’s Latest Patch May Shake Up The Meta
Next The Evolution of Telltale Games – To the Future and Back Again
Previous Top 5 Video Games Scheduled to Arrive December 2017