Star Trek: Discovery is Coming – Here Are 5 Things You Need to Know

Star Trek: Discovery is Coming – Here Are 5 Things You Need to Know

So, Star Trek: Discovery finally has a release date. After many delays, during which some fans rightfully started to wonder if the show might be perpetually stuck in development Limbo, the series’ producers have announced that Discovery will premiere September 24th 2017. Now that we know that the show will definitely be happening, we Star Trek geeks are free to get to our more important job: worrying about whether the show will be good or not.

For better or worse (I’m hoping better), Discovery is clearly going to be different from other Star Trek series we have seen in the past. And even from the small amount of footage and other details we’ve been given so far, we already have a pretty good idea of what we’ll see in September. Let’s take a look at some of them.

It Will Be Darker

It’s not just the dimmer lighting (although that seems to be a thing for sure); Star Trek: Discovery will feature more dangerous enemies, more conflict, and less of the optimistic tone that was a defining feature of Star Trek shows like TOS and TNG. Even on the ship, things won’t be as lovey-dovey, with characters sometimes arguing, clashes of personality, and maybe even a bit of intrigue between rivals.

According to Entertainment Weekly, Discovery Showrunners Aaron Harberts and Gretchen Berg plan to jettison the Gene Roddenberry dictum that characters avoid being in conflict with each other, or having moral flaws. It should be noted though, that while this “rule” was followed in the first two series, DS9 and Enterprise did feature plenty of character infighting and less-than-perfect behaviour. So Discovery’s decision is not wholly unprecedented.

“Whether or not this new edgier tone works or not remains to be seen.”

Whether or not this new edgier tone works or not remains to be seen. If it genuinely opens up new and interesting narrative paths, then great. If the series’ producers are just trying to play to a more jaded modern audience, raised by such morally-ambiguous shows as Game of Thrones or House of Cards, then I fear it may be a mistake. The idealism of Star Trek might seem anachronistic to some, but it is ultimately what made the franchise great to begin with. 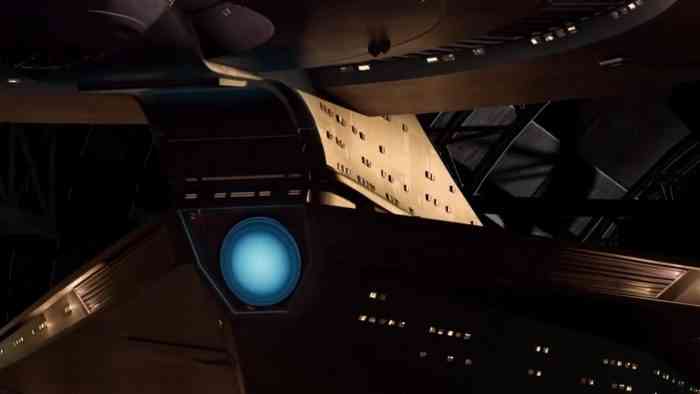 The Klingons Will Be … Different

After watching the trailer, many fans immediately noticed something: the Klingons look weird. Although in the trailer they still have small forehead ridges, they are now hairless, have strange ridges on their backs, and they just look more scary and alien. This new design is not going down well with some fans, especially after the lengths that TNG and DS9 went to in establishing and developing the unique look and culture of Klingons, especially our beloved Worf (who will definitely not be in Discovery). So what’s up with the new look?

Well, firstly, if we are talking about the practical reason (not the fictional one), it’s likely just a matter of the producers wanting to update and shake-up the look of Star Trek for a new generation, and forge their own identity. That’s happened lots of times before in Star Trek series history. In the case of Star Trek: Discovery, the new Klingon look fits more with the darker, more menacing tone generally felt in the trailer for the new show. These Klingons are a true adversary, and their look reflects that.

“…the new Klingon look fits more with the darker, more menacing tone generally felt in the trailer for the new show.”

As for the possible ways that this aesthetic change might fit Star Trek fictional canon, we only have theories. According to GamesRadar, it might be because these Klingons are supposed to be some sort of proto-Klingons, an ancient version of the race and hence slightly different looking from later iterations of the species. As they explain, the appearance of a sarcophagus ship in the trailer suggests that these are a special group of Klingons, who seem to be more religiously-devoted and set apart from the rest of their species. If so, we can likely expect the show to explain their different appearance as part of it early story arc. 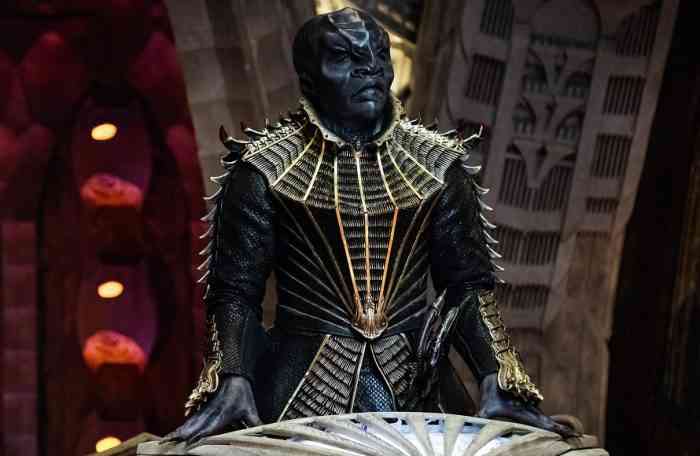 It Will Be Serialized

Fans of Star Trek series in the past got used to each episode being a self-contained story, with little continuity with the previous or next episodes. Sure, some aspects got repeated references through multiple episodes (such as Deanna’s relationships with Riker and Worf or DS9’s Dominion War), but with the exception of 2 or 3 part arcs, the episodic pattern was the norm.

Star Trek: Discovery will be different. Presumably, to accommodate today’s habit of binge-watching shows, long story arcs will last a whole 15-episode season, and possibly beyond, with the things that happen in one episode staying true in the next ones. So, that means we might see major characters die (something shows like Game of Thrones have almost conditioned us to expect by now), and other such major narrative twists.

“If you watch for the stories that feature strange scientific phenomena and space exploration, you may not be a fan of what the show has in store.”

All of this fits with the show’s emphasis on character conflict, and we can probably expect that a good portion of these long storylines to feature interactions between the characters themselves. This will either be good or bad, depending on what kind of story you like. If you watch Star Trek for the political intrigue between empires, and interpersonal struggles for power, you’ll probably like Discovery. If you watch for the stories that feature strange scientific phenomena and space exploration, you may not be a fan of what the show has in store.