Sex in Games Sells; We’re Buying, and Why That’s a Good Thing

It seems like no matter where you turn you’re seeing sex in games. It’s becoming more and more prevalent all the time. Is this because the medium is growing as an art form and approaching more human scenarios, or is it simply because a lot of dirty perverts think it’s hot to make out with a blue alien? I’d really like to assume that the medium has matured and I feel confident in arguing that it has. Inevitably you’ll have one side of the fence arguing it’s art and another side arguing it’s smut, but what if all this sultry skin and fornication served an even higher purpose? I’d argue that not only is it a good thing we’ve seen these boundaries pushed, for advancing high level story telling in a medium no longer just geared for children, but also a vehicle for tolerance in a market where tolerance hasn’t always been the norm.

I’d venture a guess that never before has sex taken on such a heavy role in promoting video games as an advancement of the art form. Let’s face it; sex in games has been around for a long time. The quintessential try hard lady’s man, Leisure Suit Larry was pathetically attempting to woo women into removing their panties way back in 1987, but we’ve moved in a more mature direction when it comes to approaching it nowadays. Well, sometimes. It’s so much more than massive breasted women with over the top jiggle physics. Games are more realistic than ever so when you get a sex scene it’s far from the amateur cartoon scene of days gone by.

The more conservative view of this would be that this is completely inappropriate and whoever is responsible should be strung up and beaten, but in reality sex is being approached in a very mature manner in a lot of recent games. Not only that they’re tackling real world issues that a lot of the world isn’t ready to accept yet, such as same-sex relationships. 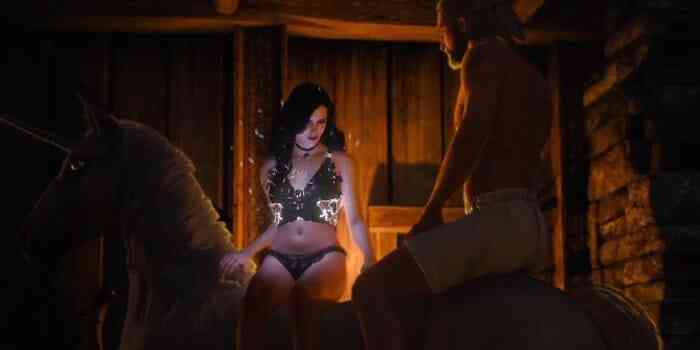 The leader in pushing the boundaries for sex and relationships is hands down, Bioware. Perhaps not with just sex, but involving romance and love stories in their titles. As far back as the Baldur’s Gate series Bioware has approached romance amongst the player and NPCs. As they’ve evolved they’ve broached sex with alien races in Mass Effect and same-sex relationships in the Dragon Age franchise. In keeping with the argument that video games are an art form, I’d say they’re more relevant than ever now as they’re promoting tolerance and acceptance to an audience that is notorious for throwing around words like ‘fag’ and homo’, as if it were a completely appropriate thing to do. Visit any ‘Call of Duty’ public match and they’re likely to be the words you hear more often than anything else. Bioware is pushing the boundaries not only for just having sex in their games, but challenging the perceptions of what it might mean for someone to be gay or straight. Initial reaction to the fact that the player could have a same-sex relationship in Dragon Age: Origins was all over the map. If you ever ventured into the Bioware forums at the time there were people who thought that this was a glitch and that it was only a matter of time before a patch was issued.

A GLITCH!? Oops, our bad everyone, we accidentally made this guy like the dick. We’ll get right on fixing that. 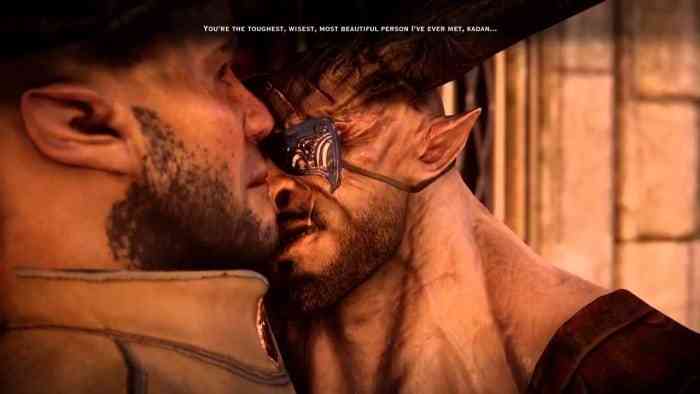 Why anyone would think that a homosexual relationship was an unintentional inclusion seemed odd to me, but the more I thought about it the more I realized that the idea of what it means to be gay is a preconceived notion in the mind of a lot of people. Were these characters too macho to be gay? Perhaps that was what some of these naysayers thought? Luckily, Bioware didn’t bend and has carried on this challenging of the homophobic heterosexual white male in Dragon Age: Inquisition and in the Mass Effect series.

Now I’m not looking to approach the debate of whether or not video games are art as in my eyes there isn’t much of a debate. Games have evolved to the point where they tell amazing stories that have depth, history and strongly developed characters. I’d argue that the gaming industry has grown with a large part of its audience. Sure, it’s still geared towards kids with a lot of games but the average age of a gamer is somewhere in the mid-30ish age range. Should we not have stories geared towards the mature gamer? Is it not a natural evolution of the medium to approach topics that grow up with its audience? 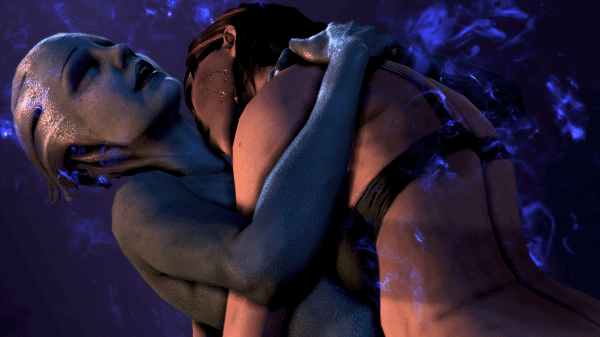 I know that the traditional trope of women in video games will likely always be the unrealistically proportioned sexpot but the fact that a more level-headed and true to life approach is even on the table in modern times is a testament to how far the industry has come. Looking at the Tomb Raider reboot you could even say that Lara was ‘desexualised’ to represent at least a bit more of a realistic woman. Undoubtedly her measurements are still far from normal but at least her breasts aren’t twice the size of her head. She is a very strong female protagonist that isn’t reliant on a man to swoop in and save the day. No longer does the industry specifically cater to the straight white male as it has opened its arms to every race, creed, color and sexual orientation. This is a great thing in an industry that has traditionally been male dominated. Tradition be damned as more women than ever are picking up controllers and it can only mean good things for the industry.

For an even more in-depth look at what it means to tackle sex and gaming check out David Gaider’s Keynote Address for GDC 13 and it will open up your eyes to the issue even further.

What do you think about sex in games? Is it a good thing? A bad thing? Leave your thoughts in the comments below.