Open World Fatigue is Real — But Is It a Problem?

With the release of Bethesda’s Rage 2, the latest in a long line of massive open world games has arrived to soak up players’ days (and nights) like a sponge, or a vampire, or whatever analogy you prefer. There’s something of a love/hate relationship that’s developed recently between gamers and the open world format. While we love all the content and the huge environment to explore, there’s a growing discussion of a kind of fatigue that sets in after a while.

You know of what I speak — you dive into that new game, running around picking up loot, clearing out NPC encampments, discovering new parts of the gigantic map, and it’s all fun for the first few hours or maybe more. But at some point, all of the side-quests, diversions, even the random NPCs calling out to you from the side of the road as you drive by, just start to wear you out.

It’s at that point that many players drift away from the game altogether. Want proof? Look at the Achievements or Trophies for the game, and see what percentage of players make it to the end of the game’s Main Quest. Usually, you’re looking at sub-50% by the last Chapter. Now, to be fair, there’s likely lots of players who are still playing — they’re just not doing the story, and they’re happily wandering around creating random mayhem and they’re having a ball. But nevertheless, that still leaves at least some players who have given up altogether.

How Much is Too Much?

One issue might be that open worlds in games have gotten to be bigger and bigger in recent years. The size of the map has come to be almost equated with depth of content, and new games often seek to make their maps as large as possible to impress players. But does there come a point at which there is too much land to explore, leaving a lot of it untouched? Certainly, we saw with the recent Red Dead Redemption 2 that the sheer size and level of (sometimes mundane) detail could wear players down and kill the fun.

There’s also the issue of story. In the case of some open world games, notably Rage 2, we see a streamlined, smaller Main Quest in favour of more frequent Side Quests. This makes for a game that almost encourages random play. But for some, this might end up making for an experience that feels frivolous and lacking in depth. Not to criticize the game, though — our own reviewer James Paley notes that Rage 2 is still a hell of a lot of fun despite what could be a deeper narrative experience. 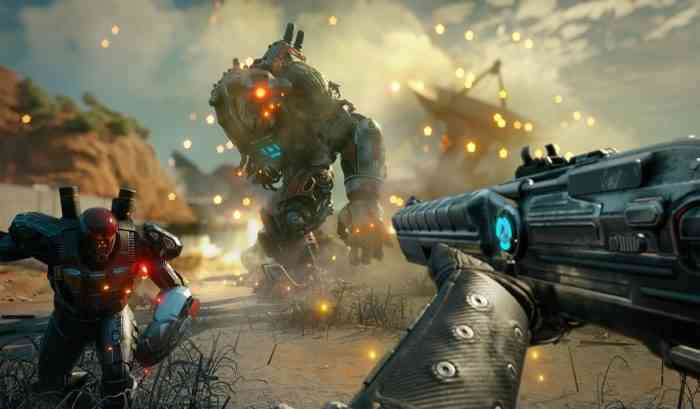 But too often, that thin narrative layer results in what some describe as a repetitive experience — something Rage 2 has been accused of. Take also the recent Just Cause 4. Aside from its severe technical issues (of which there were many) many criticized its repetitive and unfulfilling story elements. Our own Haley Perry lamented that the game’s narrative was “lamentably basic, with the same handful of missions recycled over and over again throughout the game. Escort vehicles here, hack consoles there, blow some shit up.” Ouch.

From Days Gone to Mafia III and a whole slew of other recent open-world games, we’re often hearing the same lament: yes it’s a massive world to explore, but one that lacks purpose, and seems to be more concerned about keeping you busy than offering a unique experience. So is there a point where players get sick of just random violence and mayhem? Do developers need to think more about narrative and depth of content within their games’ open worlds, and a bit less on making them as large and stuffed with random encounters as possible? It’s a question that deserves at least a discussion, even as we continue to sink countless hours into the latest huge virtual playgrounds.

What do you think? Are open world games getting too big? Do you long for more story and less random encounters? Let us know in the comments below!