The Bleak Future That Is Crypto and NFT in Video Games

NFTs have been making waves online for several months now. We’ve all seen the Twitter posts and news articles about this wacky new crypto phenomenon, right? The one where struggling artists are suddenly making six-figure sales, squeezing golden eggs out of a goose jpeg? I hoped I’d never have to broach this subject here, but then a couple of CEOs at Epic, EA, and Ubisoft all started beaking about how NFTs are the future of gaming.

Okay, but you see how this is a problem, right? I’m assuming you, the reader, are incredibly savvy, smart, and perceptive. You’ve seen through your share of grifts, you know all the signs. But just in case! Just in case you haven’t, let’s talk for a moment about why NFTs are a black, sucking wound in late-stage capitalism’s heaving belly. 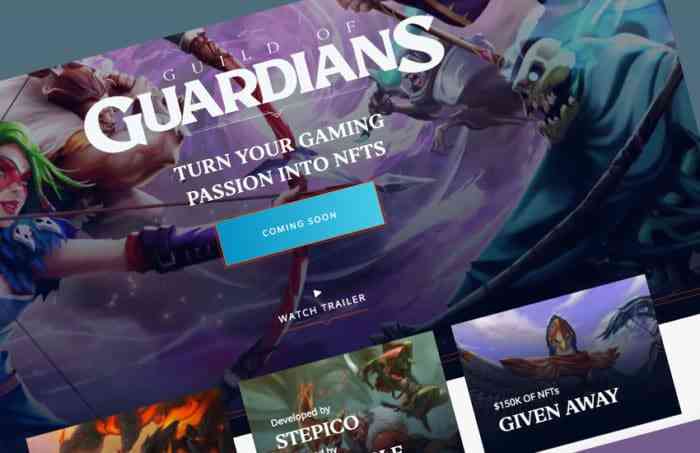 First and foremost, let’s talk about whether NFTs are scams. If they seem suspicious, that’s probably because of all the scams that have made the news online. There’s the Fame Lady Squad, which was a ‘rug pull’ type scam. Or the Evolved Apes fighting game that vanished, but only after scooping up 2.7 million dollars. What about that time someone bought a fake Banksy NFT for 330 thousand? In the interest of brevity, I won’t list them all. But there’s a lot of scams out there fueled by NFTs. It’s a largely unregulated (for now) currency system whose promises mask a labyrinth of complex mechanisms prone to exploits. But, do those gaming CEOs know that?

EA’s Andrew Wilson called NFTs and play-to-earn games the future, though he’s not totally sure what that future looks like. On the other hand, Ubisoft has hired a whole squad of startups dedicated to making NFT games. So at least they’ve hired people who understand the systems in play here. And don’t forget that Epic Games threw open their doors for anyone looking for a platform to host NFT games. These three companies are no strangers to games as a hyper-monetized business model. So it isn’t a giant stretch to imagine their intentions in this space to be sinister ones. Even if they’ve all got hearts of gold when it comes to this initiative, we all know how predatory and shady games can be at every level.

I’m talking about asset flips. Every store has them! Even the Nintendo Switch is just riddled with these cheap, awful cash grabs. Steam is a haven for slapdash clones and knockoffs, while they’re harder to find on the PSN. What does it matter though? How are these two things connected? Well, if a digital marketplace is already full of scammy cash grabs, and you introduce a brand new type of product that’s also vulnerable to scams, that’s bad, right? Like, it’s not hard to imagine the Epic Games Store becoming a viper’s nest of very legitimate crypto apps. The kind of apps and projects that end up on the front page of gaming news sites when they disappear overnight, taking a ton of money with them. That’s not terribly hard to imagine, right?

Maybe I’m being a conspiracy theory nutjob. Maybe I’m wildly overreacting, and NFT games truly are the future. “Go yell at a cloud, old man!” The youth will shout. Even if I am proven wrong in the future, I still don’t want this for the gaming industry. Let’s find a way to bleed consumers dry that doesn’t lean so hard on gold rush style speculation and giant profits that you can’t prove are money laundering. Let’s leave six-figure ape portraits in the art world where they belong. Most importantly, let’s not buy into anything sponsored by EA, Ubisoft, Epic Games, or any of these other gold-encrusted dragons and their glittering hoards.