Amazon’s New World is Your Next Grand Adventure

Last week, a select group of journalists and influencers from around the world got the opportunity to go hands-on with Amazon Games brand new open-world MMO, New World. For this particular event, we were given a glimpse at one particular aspect of the game, Expeditions. Expeditions are 5-player events where players will test their abilities in a story-driven area filled with monsters, treasure and lore. The Expedition we participated in was the Amrine Excavation, an ancient, underground dig-site.

Before we dive into our Expedition, let’s take a step back and review this upcoming title. New World takes place in the 17th century, on the fictional island of Aeternum. At the beginning of New World, you will begin with nothing. No allies, no supplies, nothing. You’ll need to explore this world and find the tools needed to survive. Magic is a critical component to Aeternum and will be one of the keys to your success. As your character levels up, you’ll eventually be able to team up with other adventurers and tackle Expeditions, our focus for today’s preview.

The most apparent detail you’ll notice when watching the gameplay is just how beautiful the Amrine Excavation is. Ancient ruins are lit by beautiful, glowing torches and the occasional ceiling crack. A hazy dust hovers throughout the caverns creating a spooky ambiance. Throughout the Expedition, you’ll come across documents containing Lore – perfect for those who really want to engross themselves in the backstory of Aeternum. As you dive deeper into the caves, you’ll notice massive statues erected by past civilizations. 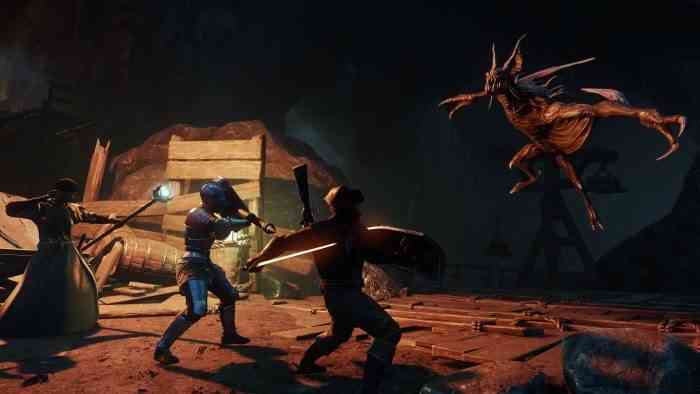 This particular Expedition only had a few different enemy types, ranging from zombie-like scavengers, eerie geists, bat-like derangers, and ravagers. Each of these enemy types had a very unique and distinct look to them. The geists glowed and could be seen clearly from a distance. The ravagers were these massive, hulking creatures that towered over players. Combat is a combination of hack and slash sword play combined with magical abilities. It’s pretty standard fare for MMO’s, so if that’s the kind of gameplay you enjoy, you’ll feel right at home here.

If you die during your Expedition, the penalty isn’t too bad. As you progress through the Expedition, you’ll come across plenty of shrines that act as checkpoints. This particular Expedition ended with a boss fight which was essentially a buffed-up version of one of the standard enemy types. Admittedly, this was a bit anti-climatic and disappointing. Unique boss fights are always more enjoyable and hopefully, we’ll see more variety in the full game.

Another aspect of New World that left me disappointed was just how static the world seemed. For example, when your characters don’t actually open treasure chests, they just sort of hover their hands over the treasure chest and then receive the loot – it’s kind of silly looking. I personally prefer the sense of excitement and anticipation I get from opening chests in a game series like Legend of Zelda. The Expedition was also filled with all manner of tents, wooden boxes, and more, but nothing is destructible. Adding destructive elements to the world might help create a greater sense of realism. 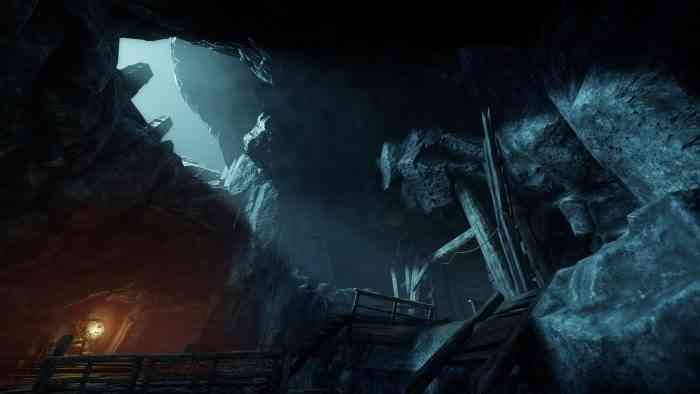 New World is set to launch in August 2021, with a closed beta beginning on July 20th. Unfortunately, it looks like you’ll need to pre-order New World to access the closed beta.

New World has Been Busy – Reworks Aplenty, New Servers Opened
Next Listen Up: 5 Incredible Video Game Scores You Might Have Missed
Previous Examining the Ugly History of Accessibility in Gaming