Marvel’s Guardians of the Galaxy May Be a Banger

Like many people, I was a little confused and more than a little skeptical after Eidos-Montreal revealed the trailer for Guardians of the Galaxy. There were more questions than answers, and almost immediately, the bellyachin’ started. What? You only get to play as Star-Lord? I wanted to play as Groot/Rocket/Gamora/Drax, man, that sucks. Chris Pratt isn’t going to voice the character I don’t want to play? Lame, dude! Although I’ve only glanced at the Guardians of the Galaxy books, I’ve of course seen and enjoyed the films multiple times, and more than anything, I hoped as both a fan and gamer that the new title would capture the tone of the movies, balanced as it is between humor, drama, and action.

Last week, I got to spend a couple of hours actually playing Guardians of the Galaxy, and I came away excited for the final release. It seems on track to deliver a pretty great experience for both action game fans as well as those with the love of the comics and movies. 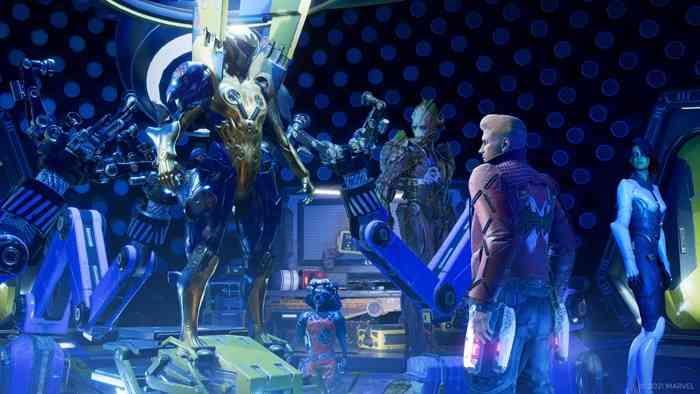 It Makes Sense to Play as Peter

Yes, in Guardians of the Galaxy you play as Peter Quill. Guardians of the Galaxy is a single-player action game with an extensive campaign so having the player take the part of Peter, the most relatable, fallible, and most semi-human of the Guardians works well. The even better news is that both during missions and back on the Milano, Peter has a wealth of interaction with the other Guardians, and in combat (more on this later) you have partial control of the entire team. At least in the chapter I played, I always felt like I was part of an ensemble and not really the star. That said, part of the game’s story is Peter’s growing confidence as a team leader. There’s been no hint of this, but I could certainly see DLC down the line from the perspective of one of the other Guardians.

I was surprised how multi-faceted and engaging combat was in Guardians of the Galaxy, and how in boss battles it really relies on teamwork, chaining together combos between Peter and the other Guardians, really paying attention to the flow of combat and using the environment to the advantage of the team. Each of the Guardians has special weapons, powers, and abilities that become key, and managing them in the heat of combat can be challenging in a fun and engaging way. There is a special mechanic called the Huddle, and after a meter fills in battle, Peter can call a motivational meeting, complete with platitudes and 80s music. At the end, there’s a dialogue choice, and if the Huddle is successful the team gets a long-lasting stat boost. The Huddle is also a nice respite from the action when things get a little too frenetic. My only complaint about the Huddles is they can seem to go on forever.

As the primary playable character, Peter can jet pack his way around the area and use his Element Blaster, and of course, eventually has a wide range of weapon abilities that he can upgrade on the Milano and elsewhere. I was surprised how much I enjoyed Peter’s bare-fisted melee attacks. 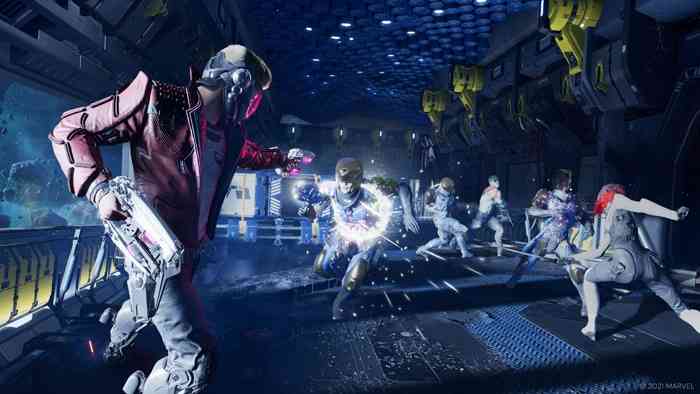 If you were hoping that the actors from the film would reprise their roles for the game you’re going to be disappointed, but on the other hand, the voice acting by John McLaren (Star-Lord), Kimberly-Sue Murray (Gamora) and others is excellent, as least judging by the slice of the game I played. Fans of the series know and love the Guardians and their distinctive personalities, quirks and snarky repartee and this comes through in the game, thanks to the writing and acting. In the chapter I played, Star-Lord and company travel to a Nova Corps base to pay a fine. Upon arrival, the Milano is impounded and the team has to find out what has happened to the normally bustling base, where everyone seems to have fallen under a cult-like spell, while also freeing the Milano. Hilarity, action and drama ensue.

Guardians of the Galaxy wouldn’t be the same without its stuck-in-the-80s power-pop soundtrack, and the game features a lot of licensed music by artists such as Iron Maiden, KISS, Rick Astley, Hot Chocolate, and New Kids On The Block that’s especially effective in combat. Adding to the mix are hours of original score by Richard Jacques that are appropriately over-the-top with orchestral bombast.

At least in the chapter that I played, the pacing had momentum without feeling breathless and there were lots of moments of character and relationship building. There were a couple of environmental puzzles that were solved by Peter directing Rocket to scramble through some ducts, or where Peter had to rewire a power schematic in order to open a new area. There were some minor choice points in the story as well, where the ultimate outcome was the same but where some intermediate steps might play out in different ways. And of course, time spent on the Milano between missions includes a lot of freedom, exploration, dialogue choice, and crafting. The slice of the game I played took place on a Nova Corps ship and the Milano, so I can’t speak for the rest of the game, but character and environmental design were uniformly good, and deliberately not spot on representations of the film characters. In the two-hour mission I played, there was plenty of exposition and character interaction, story sequences, small combat encounters and a large-scale end-level, multi-stage fight, some puzzles and a bit of exploration. It felt like a good mix. 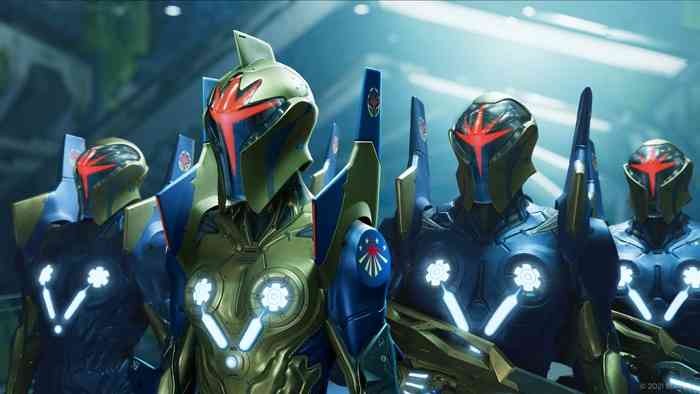 In some ways, this new game feels like a more action-focused, higher production value brethren to Telltale’s 2017 Guardians, which had decent acting and writing but suffered a bit from what had become formulaic storytelling. As an ensemble cast, the Guardians are an excellent mix of characters, personality types, strengths and flaws, and the series has been marked by an effective mix of action, humor and sentimentality. If the final release of Marvel’s Guardians of the Galaxy gets those things right — and the demo suggests it is on track to do just that — the results should please fans of action games and Marvel’s beloved property as well. Marvel’s Guardians of the Galaxy releases October 26, 2021