Hey there anime loving fans and welcome to COGconnected’s very first Loot Anime review! Today we’ll be going over the March 2016 Loot Anime crate, which is Episode 5: Duel. As always, you can expect some really awesome merch from the team at Loot Crate! And I know, we are super late to the game with this box due to supplier issues but better late than never, right? But that’s enough chatter, let’s get on to the fun part… 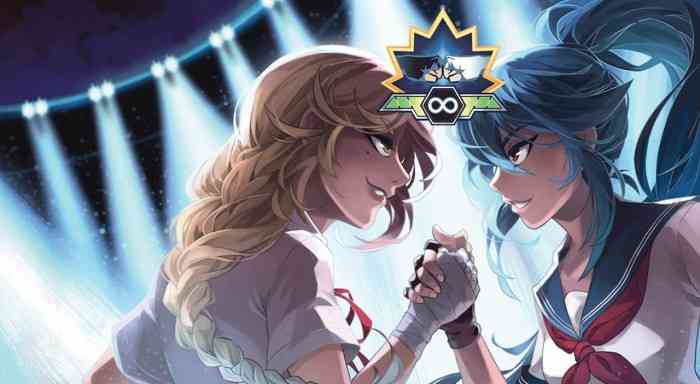 I’ll be totally honest, at first I was a little confused as to why this was considered for the Dual theme, but I have to say this is a spiffy little card case. The leather looks nice and the engraved “Pheonix Wright: Ace Detective” on it is a great addition for any fan of the series. It opens up by releasing two teeny little hinges at the top and it looks like it could hold quite a bit of cards in it. The downside: The leather lining where the stitching is, is slightly peeling off. Nothing that a good dab of glue can’t fix, but I hope everyone else’s didn’t come to them like that. 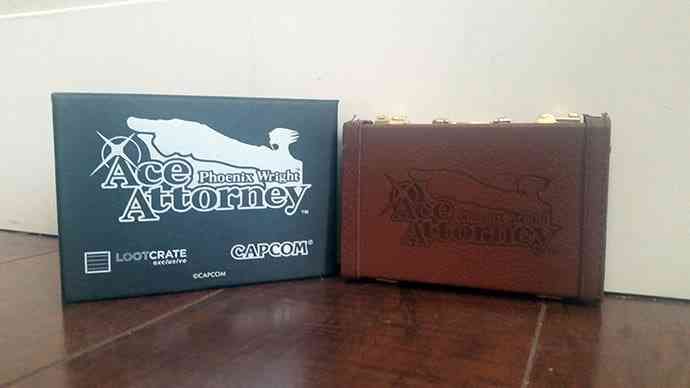 At first I thought it was going to be in the style of Card’s Against Humanity but I was surprised when reading the rules at how hilariously ridiculous this game could get. The gist of the game is you pick a couple of white and black cards to create the ultimate fighter and it’s weapon. After the two players have chosen their fighters and weapons, you simply must argue why you’re fighter would win. That’s it. No stats, hit points, magic effects or anything like that, just argue it out and come out the victor.

An anime I haven’t seen however it certainly has piqued my interest. The hat on it’s own, even not having seen the anime, is a really rad snapback that fits any size head (thank goodness cause I have a huge head) and is embroidered with a pretty cool logo and mascot. And if you turn the hat over there are little chibi’s from the anime on the underside of the brim. Sporting a classy purple colour, this is a great hat to wear out knowing that Jojo’s got your back on sun protection. And just in time for Summer! 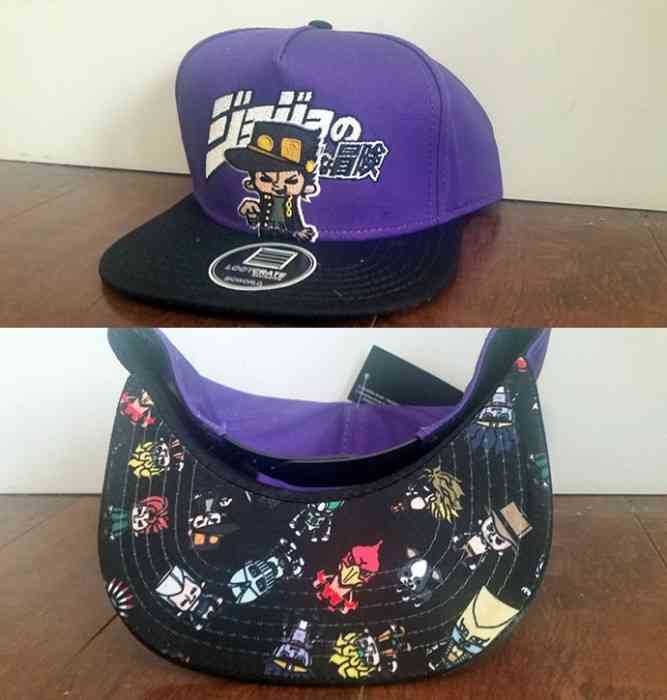 It wouldn’t be a duel without the bromance or the rivalry and this sweet little keychain shows that off perfectly. I really liked how the pin looked like it could have been two punching fists or fist bumping, a must needed theme for any good action!

It’s time to D-d-d-d-d-d-duel! These awesome socks are comfy, have a great design of the Millenium puzzle on them and just in time for the Yu-Gi-Oh 20th anniversary. A must wear if you plan on seeing the new Yu-Gi-Oh! The Dark Side of Dimensions. 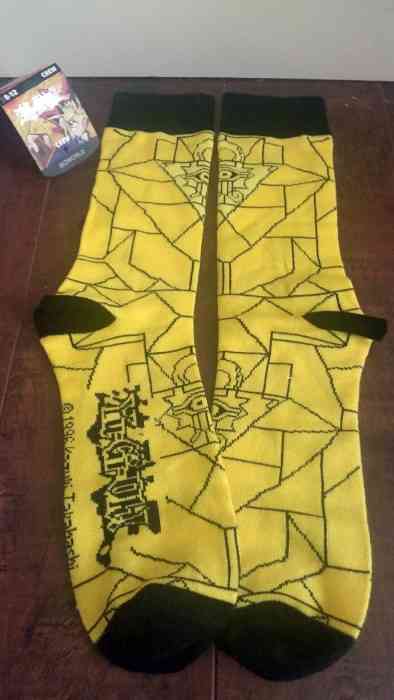 This is probably the most bad ass shirt I have ever seen! I used to watch Ultraman like no one’s business so I was ecstatic to see the shirt in the crate. Again, Loot Crate did an awesome job with this one! And of course the crate wouldn’t be complete without it’s awesome Loot Anime poster that feature’s its two original characters in an action packed Duel! 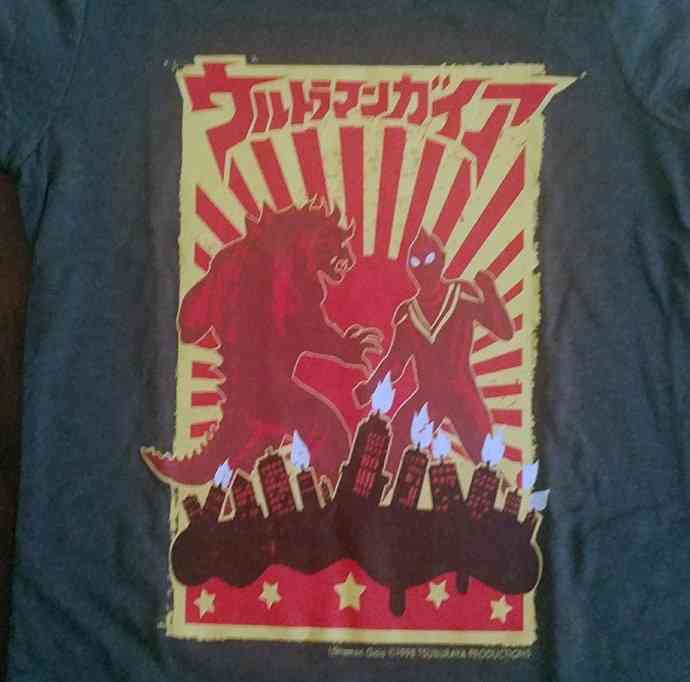 Overall, I really liked this crate, everything in it was great. Even the Jojo’s Bizarre Adventure hat is something I would use because even though I’ve never seen the show, the design in itself is just really nice. The only thing I was a bit disappointed about is that there was no Manga in this crate, but there is always next month! Let us know what you liked or didn’t like about about what was inside.

A New Update for Star Wars Battlefront II Changes the Game for the Better, Increasing Credit Payouts and More