Just Cause 3 Easter Egg Guide – Uncovering The Secrets Of Medici

Just Cause 3 released this month and it is pure open world anarchy. Rico Rodriguez has returned to liberate his homeland of Medici from a ruthless dictator. This third instalment boasts a larger map, more things that go boom, more gadgets and weapons to make them go boom. Playing Just Cause 3 is like living out a Red Bull commercial without having to consume any sugar laced fluorescent liquid.

There’s so much to do and getting around has never been easier thanks to the new wing-suit addition along with the parachute and grappling hook combo from the previous title. The Mediterranean Island of Medici is littered with Easter eggs, some undiscovered. I managed to track a few of them down so you don’t have to. Here are 11 Easter eggs you might want to find ‘just cause’.

It’s a gun that expands the head of your target every time you shoot, turning them into walking bobble heads. Reminds me of the old GoldenEye 64 days. You can’t inflict any damage, it just makes scoring a headshot all too easy. Head to Vico Platessa, in the center of the town you’ll see a small pink building. Run behind it and find a damaged rock ledge. You’ll know it’s the right one if there’s graffiti tagged behind the building, climb the ledge and the big head gun will be at the corner. Make sure you liberate the town first otherwise the gun won’t spawn. 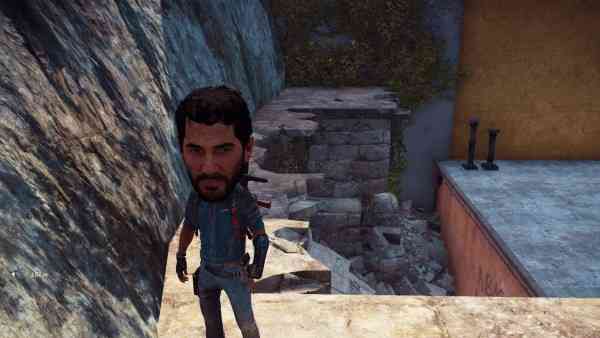 Find a mountain in Grande Pastura that holds Thor’s hammer in all of its glory. Unfortunately, given the fact Rico Rodriguez is a mortal, he’s unable to wield such a mighty tool from the Norse god realm. To find it, grab an aircraft and fly to the region of Insula Striate,  you’ll see a mountain with a wide clearing where the hammer landed. There’s no way to interact with it, but it does make for an overly dramatic screenshot. 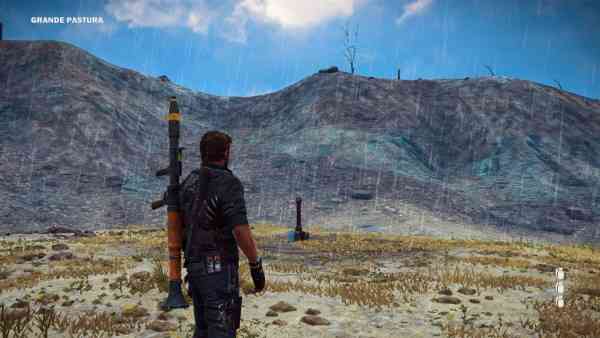 Unlock the secret mode based off a popular internet meme. When you activate it, strange quotes will appear from anyone you shoot like “Such hit” “Amaze” and “Much holes”. I keep this mode on at all times. To unlock Doge mode head to the town of Soliana in the region of Massos. Head to the flag that you raised to liberate the town and stand on the rooftop. Look behind you and find a garage with a big blue marker on the floor.

Beside the garage, you’ll find a junkyard with people picking scraps. Somewhere in the junk there’s a little puppy with a blue bandana around its neck. Walk by him and he’ll follow you, lead him across the street and you’ll find his dog house. When the puppy reaches home you’ll see the message “You’ve discovered the elusive Salirosan Skramp. Doge mode unlocked.” – head into Options, Gameplay and you will be granted access to Doge mode. 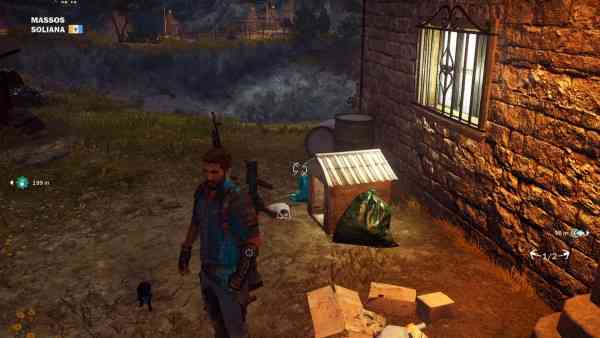 Click on through to the next page for more Just Cause 3 Easter eggs.