Is Clash of Clans the Most Successful Videogame of All Time?

Recently, it was reported that Supercell, makers of the immensely popular mobile videogame Clash of Clans, have been valued at around $5.5 Billion.  Looking at Supercell’s roster of games, it seems that Clash of Clans has been by far the biggest generator of the company’s value.  It is estimated that there are over 5 million active players of Clash of Clans, versus only 1 million each for Boom Beach and Hay Day, Supercell’s two other big titles.

“So, even if we conservatively estimate Clash of Clans’ share of Supercell’s value, it still beats even the top console/PC titles.”

This begs the question – is Clash of Clans the most successful videogame of all time?  Certainly, we would have to include the game in a conversation on this topic, at the very least.  Assuming that a vast majority of Supercell’s share value is from Clash of Clans, we could reasonably say that the game itself is worth as much as $4 Billion, which would dwarf the revenue brought in by any other game’s sales, whether they be on consoles or PC.  For example, GTA V, as a comparator, has sold over 52 million units across platforms according to the latest figures.  At an average price of $60.00 per unit, that would total an income of $3.12 Billion.  So, even if we conservatively estimate Clash of Clans’ share of Supercell’s value, it still beats even the top console/PC titles.

And that doesn’t include daily revenue, for which Clash of Clans is legendary.  It has been estimated that Clash of Clans rakes in over $5 million per day for Supercell – surely this is far more than any other videogame.  Again, looking at GTA V Online as our comparison, revenue from microtransactions is indeed large – estimated at around $15 million per month – but nowhere near what the Clash of Clans juggernaut brings in.  With numbers like these, I don’t think anyone can argue that Clash of Clans, despite being a mobile game, is right up there with any game in terms of money earned – making it quite possibly history’s most successful videogame. 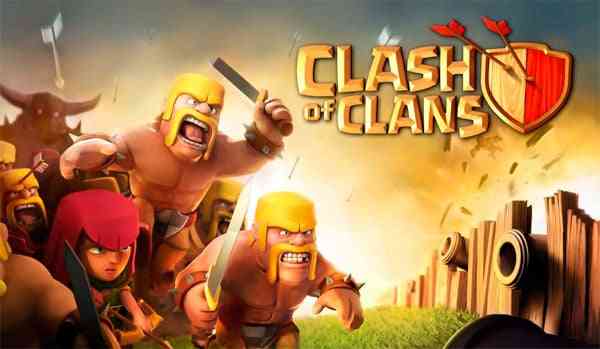 Maybe it’s time we gave this game the respect it deserves as the amazingly successful game it is.  And it’s also time we stop falling back on some of those other old criticisms of mobile games – for example, that players just pop in for a moment to check, then log off again.  Clash of Clans has many players who spend 3, 6, even 12 hours playing the game (on their phones no less!)  – and yes, they are actively staring at, and touching, the screen during that time.

Mobile games have also often been derided by the hardcore community for their perceived “throw-away” nature – players might play the game while they wait for their girlfriend or boyfriend, to pass time, but they don’t live, breathe, love the game the way fans of true franchises do; there is no “culture” that surrounds these games.  It’s true, you don’t often see people dressing up as mobile characters at Comic-Con.

“As much as hardcore gamers might want to look down on mobile gaming as “not true gaming,” we cannot continue to ignore a mobile game that consistently out-performs even the most celebrated console and PC titles.”

As much as hardcore gamers might want to look down on mobile gaming as “not true gaming,” we cannot continue to ignore a mobile game that consistently out-performs even the most celebrated console and PC titles.  The question about which videogame is the most successful of all time is really not a question – if we are judging by the amount of money earned by a game, then Clash of Clans undoubtedly is.  And its momentum shows no signs of slowing.  The next question, then, is: does it deserve to be treated with the same respect and reverence as those traditional console and PC titles like GTA V?  Well, with a culture and replayability-factor that rivals any other game, Clash of Clans may, at the very least, be due for a little more respect.

Next COG’s Top 6 Games from May 2015 by Review Score
Previous Fallout 4 – Rumors, Speculation and What We Actually Know