I recently got to play Ghost Recon Breakpoint’s closed beta on PS4 and my overall opinion of it is this: It seems like a game that has missing potential.

While I enjoyed the open-world MGSV-style gameplay of the beta, everything else was pretty mediocre.

I Ain’t Got Time To Bleed

Players are expected to survive on Aurora. Serious injuries such as bullet wounds need to be healed and, since you’re outnumbered, you have to carefully consider your plans whenever you venture out into the world. If you don’t then you won’t last long.

However, most of my experience with the closed beta didn’t reflect that pitch. 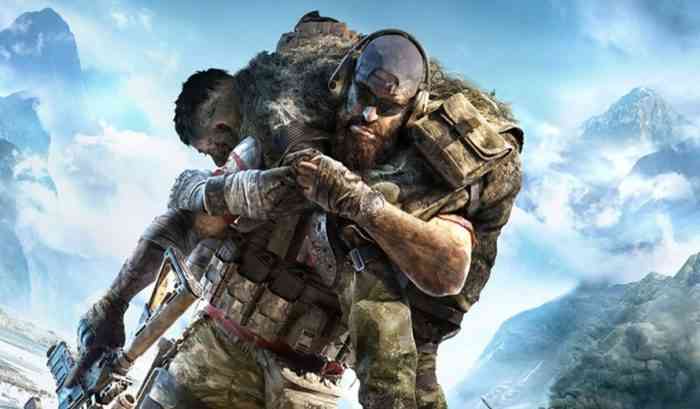 The beta started with the main character, Nomad, crash landing on Aurora alone. What followed was standard third-person shooter tutorial stuff: How to crouch, shoot, mark enemies, stealth kill, etc. Despite all my criticisms, I’ll say that the somewhat clunky movement, stealth gameplay, and shooting all felt good.

After completing the tutorial, I was able to freely explore the island so I hopped into a car and drove around for a bit. The driving felt wonky but I was able to get around alright. I did a few story missions for the island’s local resistance (who were pretty boring) and their headquarters acts as a player hub where you can see other players, buy items, receive missions, and speak with story characters.

To my surprise, I finished the closed beta’s story missions in little over an hour. These missions, along with the side missions, offered a good amount of freedom and flexibility when it came to figuring out how to complete them. 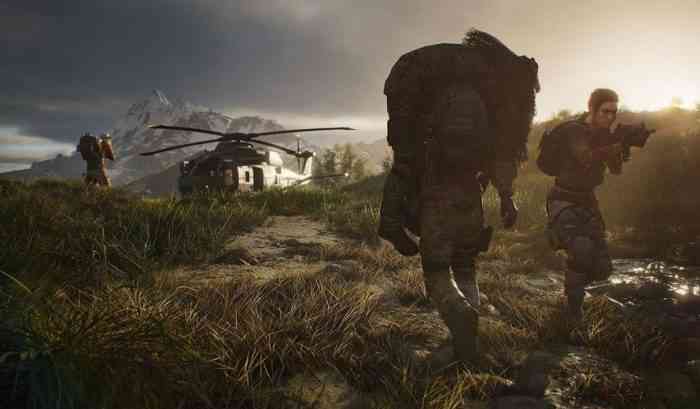 That said, Ghost Recon Breakpoint’s story made no impression on me and the game’s attempts at drama fell flat. Luckily, the gameplay faired much better.

Aurora is basically Ubisoft The Game. It’s filled with enemy outposts for you to scout out and tackle, loot to find, and areas to explore. Though this formula is kind of played out by now, the act of scouting an outpost, stealthily infiltrating it, being discovered and getting into a shootout was still exciting because of how outnumbered you are. Each outpost felt like a puzzle that I needed to solve and (while I felt that the game’s loot system was unnecessary) I enjoyed the challenge of clearing out outposts filled with higher-level enemies.

However, actually reaching those areas was surprisingly easy. Despite the game’s pitch about the player feeling hunted, I got around the island with little difficulty and the game’s forgiving healing system made injuries sustained after firefights a non-issue.

With all this in mind, I’d say that my biggest problem with Ghost Recon Breakpoint’s closed beta was how fun yet unremarkable it all was. The gameplay was fun and functional but by-the-numbers Ubisoft stuff. The story clearly wants to be taken seriously but the characters were uninteresting. The pitch of barely surviving the wilderness while fighting a huge, high tech army sounded intriguing but I didn’t actually experience any of that during the closed beta.

Overall, there just wasn’t much there that made me look forward to the game’s October 4th launch on PC, PS4, and Xbox One.

Ubisoft Shows Off A Lot of Skull And Bones In New Trailers
Next Ranking The Top Five Remedy Entertainment Games
Previous GRID Talk, a Chat with Codemasters’ Simon Barlow