Game & Watch: The Legend of Zelda Is a Triforce of Classic Hits 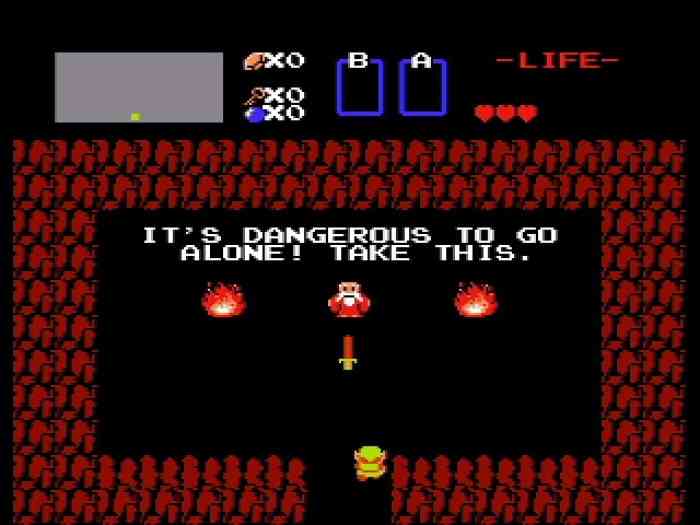 In addition to the aforementioned Legend of Zelda games, this Game & Watch also includes a few neat bonuses. First, there is a The Legend of Zelda-inspired Playtime Clock. The clock displays the time, in real-time, but features Link wandering around random environments from the original Zelda game fighting bad guys. It’s fun to just prop it up by my desk and watch the action unfold. And if I want to, I can actually jump in and take control of Link as well.

Second, there is a Zelda II: Link’s Adventure-inspired Timer. Just like the clock, you can either watch or take control of Link as the timer counts down. The timer caps at 10 minutes, perfect for keeping track of how long the Kraft Dinner noodles have been boiling for. And finally, there is a Game & Watch mini-game called Vermin with Link taking over as the main character. This whack-a-mole style game is a fun little time-waster that’ll have you constantly vying for a top score. For those of you keeping score at home, my top score was 251 in Game A – let me know in the comments below if you manage to beat that score. The device has a couple of neat Easter Eggs to discover as well – I won’t spoil them here, but I’ll give you one hint; look at the backside of the device when it’s turned on.

While this package has a pretty solid collection of content, which is a vast improvement over last year’s Game & Watch Super Mario Bros., there are a few things I wish were included. For one, I wish they included both the original and DX versions of Link’s Awakening. The DX version brings some much welcome colour to the world and some additional content. I also wish there was a built-in music player featuring music from the included games. And finally, a museum-style section with interviews, instruction manuals, concept art, etc, would have brought the whole package together nicely.

Of course, it’s also worth noting that the device is small. For me, my hands would usually cramp up after about a half-hour of playtime. This isn’t a complaint – just an observation. I wouldn’t want Nintendo to change this – as its portability is a key feature. However, if you’ve got big hands, this could be a factor in your purchasing decision. 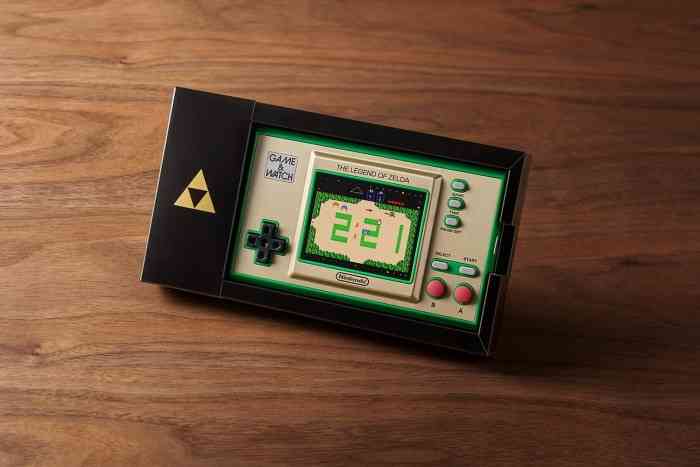 If you’re a fan of The Legend of Zelda or you’re a young fan eager to experience Link’s origins, Game & Watch: The Legend of Zelda is a perfect addition to your collection. Having these iconic classics in a handy, portable form should make your next vacation a bit more entertaining. The inclusion of the first three Legend of Zelda games will provide most with hours of solid gameplay. This collection is also a huge improvement over last year’s Super Mario Bros. collection, which felt a bit lacking.

Unless you’ve played the original Legend of Zelda games to death, there really isn’t a reason not to pick this Game & Watch up. Will we see a third Game & Watch collection from Nintendo next year? And if so, what might it include? I’m hoping for a Game Boy collection, featuring a handful of classic Game Boy games such as Tetris, Super Mario Land 1 & 2, Metroid II, Kirby’s Dream Land, and maybe a Pokemon game. What would you like to see in a future Game & Watch collection?

***Game & Watch: The Legend of Zelda was provided by Nintendo***