Final Fantasy 12: The Zodiac Age To Have Better Visuals, Improved Cut-Scenes and Be “More Player Friendly”

I had a chance to sit down with Hiroaki Kato and Takashi Katano, two of the guys behind Final Fantasy 12: The Zodiac Age, at this year’s E3. We talked about what’s new to this version of the game, along with their thoughts on the remastering process, their favourite characters and the toughest monsters.

James: It’s a real pleasure to meet you guys, I’m a big fan of your work, big fan of the whole Final Fantasy franchise. Tell me a little bit about the decision to remaster Final Fantasy 12 in the first place, what was the impetus behind that decision?

Hiroaki Kato: When we originally released Final Fantasy 12 all those years ago it was the first Final Fantasy game where we implemented the seamless time battle system. You could actually walk, play and battle on the same field. Final Fantasy 12 also had its own standalone gambit system where the AI helped you during battle. We always had the feeling that at some point in the future we would like to re-release the game as an HD remaster on another console. Zodiac Age is based on the Final Fantasy 12 International Version which was only sold in Japan. The International Version used the Zodiac job system, which we’re also using in this game. We always wanted to release that version outside of Japan, whether in Europe, the rest of Asia or in America. If we were going to do an HD remastered version of Final Fantasy 12, we’d not only focus on doing the visuals and the sounds a lot better, we’d also want to make the battle systems and the actual game a lot better so it would be easier for players to play. In order to do that we wanted to get all the original development team together. We finally managed to get everyone together when the PS4 came out, so Final Fantasy 12: The Zodiac Age ended up on the PS4.

James: Awesome. Were there any particular challenges associated with remastering this title? Was there anything that proved an obstacle during the process?

Takashi Katano: It wasn’t really like we had any big difficulty, in developing this game. We were more focused on re-releasing Final Fantasy 12 with the International Zodiac job system. We were focused on releasing the game in a way that would let players really enjoy this game. Since this was an HD remastered version of Final Fantasy 12, we were thinking of making the visuals and the cut-scenes a lot better, as well as making the music better. We also wanted to make this game a little bit more player friendly, so players could actually focus on playing the game. 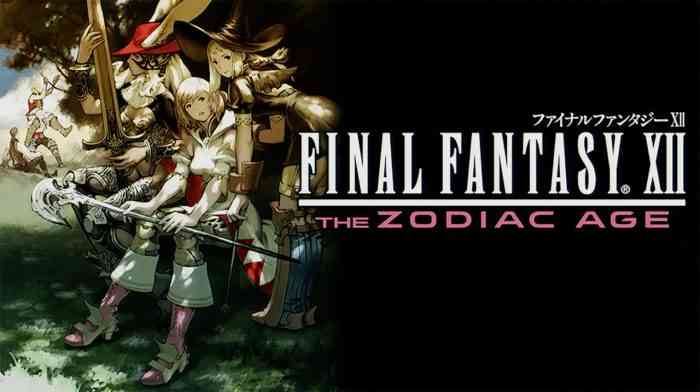 James: I had some hands-on time with it a couple of months ago at an event in Vancouver. I found that the single inclusion of that little, the shoulder button that speeds up the battles, made an enormous difference in ease of play. Even in the short time I had, I found that to be a wonderful step up.

Hiroaki Kato: In the original Final Fantasy 12, because there was so much game to play, there were definitely players who wanted to play the whole game, but couldn’t. So some players only focused on the main parts of the game, as they couldn’t play the sub-part. But in The Zodiac Age we made sure that the game was a lot more player-friendly. With the high-speed mode, they can go around the maps a lot faster. Players can not only play the main part, but also the sub-part as well. This way they’ll actually see what the world of Ivalice is like. They can see how the culture is in the world of Ivalice, how the people live, what the world state of affairs is. Players can actually see, not only the main plot, but some mysteries that won’t be seen in the main parts of the story. Not only did we add the high-speed mode, but we also added the auto-save mode in The Zodiac Age. The game automatically saves, so the players don’t have to go back all the way if they get a game over. They can actually start again where they left off. We’ve also added a mode where if you press the L3 button the map shows up on the screen. You can look around with the map on and see where you can go. We’ve added all this so the players can really get into the game and actually enjoy the journey a lot more.

James: I always found the Ivalice setting to be kind of a personal favourite, just because it has more of a high-fantasy feel to it, whereas some of the other titles in the franchise have been a bit more experimental. There is just something very particular about Ivalice as a setting. I’m always rather hopeful that there will be more adventures in that setting, specifically.

James: Alright. Well, that’s hopeful. I like the sound of that.

Hiroaki Kato: We’re really looking forward to it as well. We’d like to bring out The Zodiac Age next month, and then receive a lot of feedback. I feel like we will get a lot of really good feedback from the players. Obviously there will be some feedback that will be slightly different. But I’d like to get all this feedback and then decide what we can do after that. 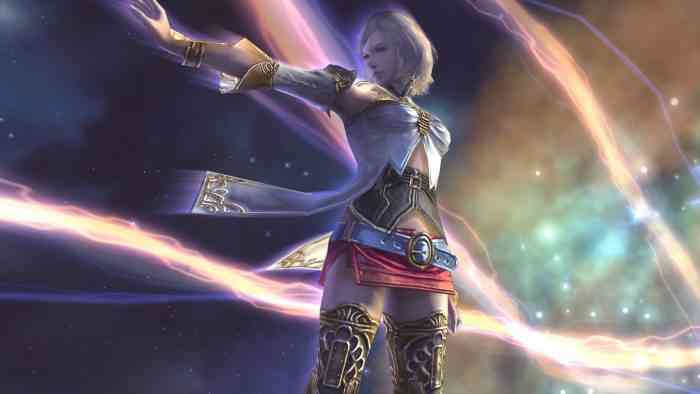 James: Excellent plan. So, do either one of you have a particular favourite amongst the cast of Final Fantasy 12?

Takashi Katano: As the developer of 12, I’ve got a lot of attachment to all the characters. If we mean monsters, that would be the Mandragoras. All five of them show up and you defeat them. They’re really cute. The other designs are really quite complicated, so seeing that was what I really liked.

Takashi Katano: Is it just monsters, or could it be the characters you control as well?

James: Oh! Yeah, either one.

Hiroaki Kato: When Final Fantasy 12 was coming out, the focus was on Vaan as the main character, but for me it’s really all six playable characters. It’s like they have their own story. So each of them are their own main character. That’s what I really like about them, that each of them have their own story. If we’re talking about monsters, I really like Yiazmat because of the ridiculously high hit points he can have. In The Zodiac Age we’ve implemented a new mode called ‘Trial Mode,’ where you use all six characters and you go through 100 battles straight away in each stage. In that Trial Mode, there’s actually a monster stronger than Yiazmat. So we hope you enjoy fighting that monster and actually figuring out how to defeat him.

James: That’s pretty intimidating. Yiazmat was the absolute craziest boss I’ve ever encountered in any Final Fantasy game. The idea that there’s a tougher one out there is a scary thought.

Takashi Katano: With the Trial Mode, we’ve made it so players can really enjoy it. So we hope that players will play it and say ‘this is a game that we really like.’

James: Well, I don’t know about all the other players, but I personally am very much looking forward to taking another crack at the Final Fantasy 12 world. I think it’s gonna be a whole ton of fun. Thank you very much for taking the time to speak to me about this. I hope the rest of E3 is a lot of fun.