You are likely familiar with the name Seagate, but if you aren’t, allow me to give you a quick rundown. They’re one of the big names when it comes to all things storage. Hard Drives, External Drives, Solid State Drives, they do it all, and they have gotten themselves quite the rep in the process. They seem to only be getting better at what they do as well, and I got to experience that firsthand with one of their premier products, the FireCuda 520 SSD. I’ll try and keep things light on the technical side, but allow me to tell you why the FireCuda 520 impressed the hell out of me.

The FireCuda 520 is a 2280 NVMe SSD, one of two formats these disks are typically seen in. You have your SATA SSDs, which are connected via cable to your motherboard and generally provide pretty good performance. NVMe is a bit different in that it is a technology made directly in part by SeaGate and other such industry titans. It connects directly to your PCIe slot on your computer, and allows it to act more like a memory module in terms of speed, rather than its clunky, disk-based cousin. The takeaway you care about in this case is speed, and suffice to say, the FireCuda 520 is one speedy little demon of a solid-state drive.

First, installation was pretty painless as a whole. The drive comes with various screws and the necessary screwdriver, as well as a few strips of thermal paste. Seeing as this was a double-sided SSD, I had to apply the included thermal paste strips on each side. This was easy as well, thanks to it securing itself to the drive easily enough, but not so much that a mistake rendered it useless. The drive does have the stipulation of requiring a motherboard that has a PCIe generation 4 slot. This was also a painless install, simply clicking into my motherboard and securing itself easily like I would a stick of RAM. Easy installation already wins me points, especially with how careful I tend to act around installing any new peripherals. 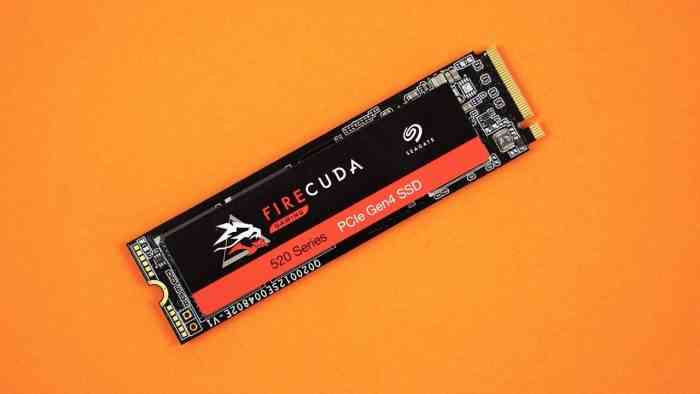 Next, I figured a great test would be to install none other than the latest flagship shooter from Activision in Call of Duty: Modern Warfare. It’s a beast of a game at 175GB and a perfect test case for this high-end SSD. The game ran fine on my standard 1TB, 7200RPM hard drive, and it loaded up after the usual wait time, clocking in at around 20-25 seconds once all was said and fully loaded.That was a much different case once I got it all sorted and set up on the FireCuda 520. Launching the game took around 11 seconds for me, which was a huge improvement already in itself given the size of the game itself. This was also quite a noticeable difference when it came to gameplay, as I did experience the occasional stutter on my HDD. It was infrequent enough, but it was definitely frustrating. Thankfully I didn’t experience any sort of behavior when installed on the SSD. Whether this is due to the age of the HDD I had tested on, or the way that Modern Warfare is programmed (probably a bit of both camps given what I’ve seen of people’s comments online), but it was a very welcome change without a doubt.

Another key factor with SSDs is the general write speed, and the FireCuda 520 is extremely capable of handling large files with relatively minor delay. As I was using a PCIe4 adapter due to the nature of my motherboard, I wasn’t able to leverage the speeds promised, but I was still maintaining close to 2GBps of write speed when I would copy files of various sizes, it didn’t really seem to matter what I threw at it, as the speeds remained impressive and consistent, both also very important factors to consider as well when evaluating an SSD.

SeaGate Does It Again

It should come to no surprise that SeaGate’s put out a great product, but I do want to say they manage to take it a step further. These PCIe4 drives make use of a technology called Phison E16, but SeaGate’s FireCuda 520 is unique in that it uses their own tailormade firmware, allowing them a unique edge over the others. The drive does have some drawbacks in that PCIe4 isn’t widely used yet, and its price is definitely something you’ll need to consider, but for those looking to expand the storage of their existing rigs, it’s worth heavy consideration thanks to the incredibly brisk speeds I had experienced across both gaming and general usage. SeaGate, keep doing what you do, because it’s clear you have it down pat.

**A unit was provided by the manufacturer for review**

The Crucial P5 Plus Does Work With The PlayStation 5