Ever since Square Enix dropped the news of a Final Fantasy VII Remake at E3 2015, we have been clamouring for more details about the complete overhaul of the game’s mechanics. With such an iconic staple from many of our childhoods, it’s no surprise that many purists are angry with some of the proposed changes.

Admittedly, I’m on the fence with this issue. While the graphics need some serious lovin’ and character models deserve to have fingers instead of blocks, the story has to remain the same. Square Enix has been tight-lipped about their intentions with the game but said they want to change it, yet still keep it recognizable. Now just in case you’ve been living under a rock or have just come back from a deserted tropical island, let’s give you a look at the teaser trailer that started it all.

Speculation is running wild among the gaming community about how all this will turn out. People are passionate about their feelings of nostalgia being tampered with in order to give it a modernized look. Square Enix needs to find that proper balance between satisfying the old, while appealing to the new and we have five suggestions that will help them do that.

Now hold on, before you go grabbing your pitchforks, let me finish. On my first play through when Sephiroth drove his sword through Aeris, I was shattered. Shock spread through to my bones, I dropped my controller, looked up in the sky and cursed the gods with a thunderous cry. This is what made Final Fantasy VII so remarkable, for a game to invoke such emotion and allow you to grow a sense of attachment to their characters is a major feat.

Many long time fans have been begging for an option to save Aeris but her death was such a fundamental part of the story. It served as a catalyst towards Cloud’s retribution against Sephiroth while instilling a sense of purpose in the player. Resurrecting her would drastically change the story and take that ‘wow’ factor away. It was refreshing to see a popular female character get killed off so early in the game. Im so used to the tired cliché of the protagonist sacrificing himself in an act of valor. The death of Aeris came completely from left field and made our jaw hit the floor.

Imagine remaking Return of The Jedi and having Darth Vader survive being cooked by Emporer Palpatine just to satisfy Darth Vader fans. I’d feel deeply cheated and betrayed. It doesn’t make sense for the story, the pain we feel from this loss is the good type of pain that we want to feel when immersing ourselves in a story. 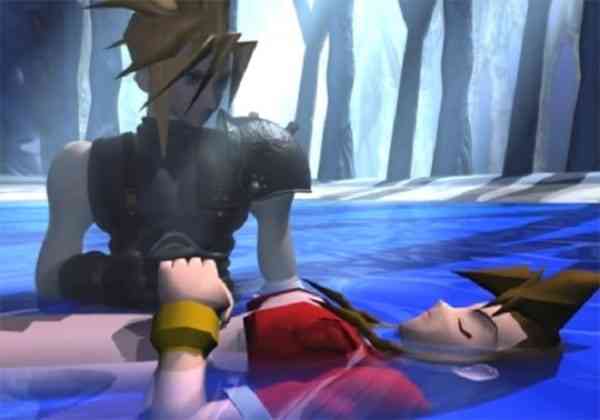 Final Fantasy VII had amazing replay value because of all the side activities. When you were tired of grinding, the Gold Saucer was a nice retreat to unwind and try to earn some GP. Overall the mini-games were fun, despite some control issues, but it would be great to have Square Enix fix the existing games and polish them.

The underwater submarine mini-game could have been a blast if it wasn’t so painfully awkward to control. The Chocobo activities could be revamped as well, everything from the racing mechanics all the way to the breeding system. This has the potential to add a ton of extra hours of gameplay if it’s done correctly just by expanding on what’s already in place. I have no qualms about adding new games on top of the existing, it could add an extra dynamic, but with a little TLC and a bit of Phoenix Down, we can revive these old games and make them glorious. 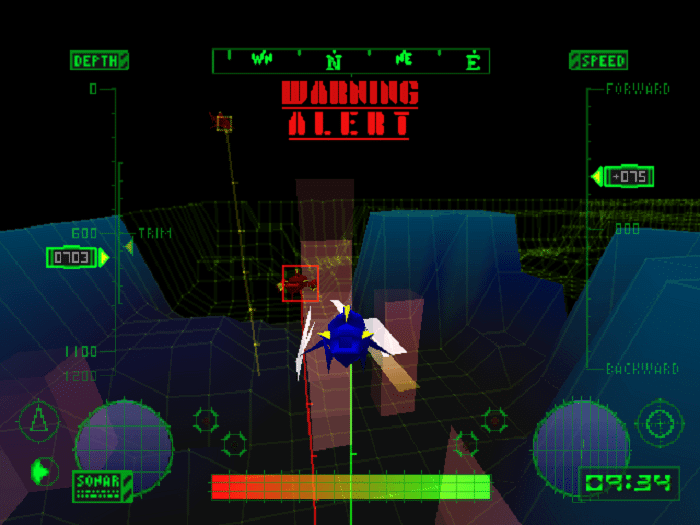 No doubt Final Fantasy VII had some of the most hilarious, memorable and just downright weird characters to ever grace our television screen. All of them came to life through a pop-up dialogue box but we never got to hear them speak. Adding a talented voice cast can really bring our favourite aspects of the game to life. Not to mention the banter that happened between characters was nothing short of classic:

From Cid’s… um… colourful vocabulary to the relentless Turks, it would be great to have the original game’s script be voiced, so we can have a different perspective on these lovable characters. 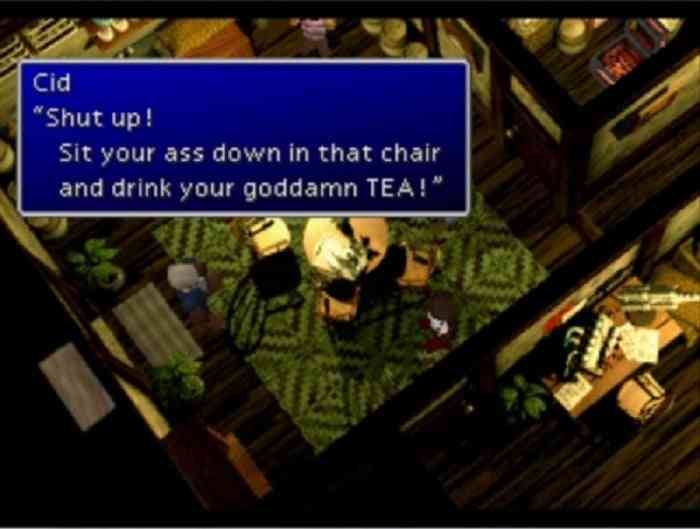 Click on thru to page two for the final ‘Fantasy’ (see what we did there!?) wants for the FF VII Remake.

Final Fantasy 16 Isn’t Turn-Based to Appeal to Younger Fans, Says Dev
Next The Big 5 – The Five Biggest Games for Dec 2015
Previous How Fallout 4 Changed the Way I Play Video Games