It’s been a few weeks since Square Enix announced that Final Fantasy VII Remake would “be told across a multi-part series,” and yet many fans are still upset. Taking a look at social media and message boards, there are still complaints being voiced around the globe from passionate gamers.

I’m not here to tell those people not to be upset. What I would like to do is give them an alternate point of view and perhaps make them realize that Final Fantasy VII Remake being episodic isn’t necessarily a bad or surprising turn of events.

One of the most popular opinions I’ve seen around the ‘net is that this is a money grab from Square Enix. That is pretty ridiculous to assume at this point, especially when a pricing model (or even what structure the game will be in) hasn’t really been announced yet. Final Fantasy VII Remake could easily be a three-part episodic series priced at $20 per episode or a four-part series at $15 a pop. Either of those pricing models would still only have gamers paying $60 total, or the standard price of a game. We can’t automatically assume the worst from a publisher, especially on what is clearly a passion project from Square Enix.

“We can’t automatically assume the worst from a publisher, especially on what is clearly a passion project from Square Enix.”

A three-part episodic series would make a lot of sense, especially when you consider how Final Fantasy VII released in 1997. Too massive to fit on a single CD, Square’s monumental RPG was split into three discs. This worked fine, and thanks to how the game was designed, players didn’t have a ton of reasons to switch to previous discs once they had seen and explored those areas. This is a perfect blueprint for how the game can be designed episodically, and it’s so obvious in retrospect that I’m a tad embarrassed that I didn’t see this coming all along.

Now that we’ve set aside a few silly complaints about how Square Enix is ripping gamers off or how the game wouldn’t work as an episodic experience, let’s take a look at why the Japanese publisher would make such a business decision. Clearly, games are expensive to make. Budgets for huge AAA titles are enormous, especially when they are of the size and scope as the original Final Fantasy VII. So, it only makes sense that Square Enix, who hasn’t been exactly rocking the sales chart as of late, would need some extra money to finish this project. 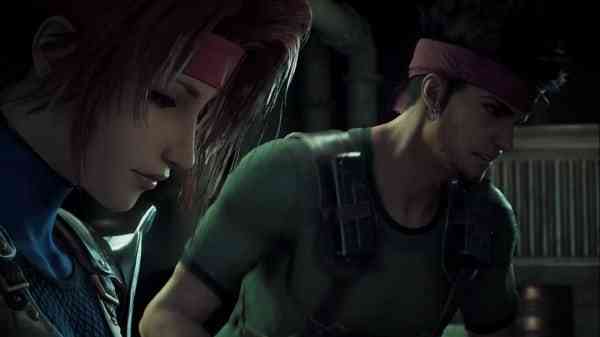 Releasing episodically will give Square Enix extra cash flow with each finished part. While it may have been impossible or financially irresponsible to fund such a huge project that would take years before seeing returns, an episodic release allows for them to get some extra money midway through. This money will only help fund the ambitious project, and gamers should be happy that Final Fantasy VII Remake will be getting the attention it deserves. Imagine how upset gamers would be if content was removed from the game due to the limitations of an initial budget.

Not only is going episodic the best choice for Square Enix, it might be the best case scenario for fans as well. I know I’m far more likely to play Final Fantasy VII Remake now that it’s episodic, than before the announcement. It’s hard for me to dedicate the time to a huge RPG that make take 50+ hours to complete, so getting to split that time into smaller chunks is a welcomed change. I can more easily dedicate a dozen or so hours of my time to each episode, rather than all at once. I will not only be able to play the game in a timely fashion, I’ll be able to join in on the discussion with the rest of the gaming world that will surely be playing the landmark RPG.

Let us know in the comments below if you are still upset about the decision, or if you’ve had a change of thought since the initial announcement!