Pandora’s Box: The Full Story of Borderlands Lore is an Epic Tale For the Ages

You’ve played Borderlands and its sequels (and Pre-Sequels), and you’ve likely had a blast giddily killing monsters, bandits and bosses. And that loot – all that sweet, sweet loot that explodes like a neon piñata and showers you with upgrades and weapons and pure joy with every kill.

But amidst all the fun, did you ever wonder why Pandora is so messed up? How in blazes all those Vaults came to be, and why? What you, and all these corporations, are doing out on these God-forsaken chaotic planets? Ok, sorry to get all existential on you, but you might be surprised to know that underneath all that gorgeous gunplay and dark humor, there’s actually a pretty deep, dystopian story to the Borderlands franchise, and it deserves a closer look. So, sit back and get comfortable, as COGconnected takes you on a journey, an epic journey as we tell a tale of power, greed and betrayal that will span vast galaxies and stretch across millennia.

The tale of the Vaults starts way, way back, maybe millions of years before the events of the first Borderlands game. A super-powerful and advanced race known as the Eridians existed, who crafted technology beyond the mental faculties of puny humans to even conceive of. But as with all great civilizations, the sun eventually set on the Eridians.

Something happened – some say that in their hubris, they created a force so powerful that it grew out of their control – that caused the Eridians’ society to crumble. It wasn’t a swift decline, so that they (fortunately) had enough time to build Vaults in which they could store their precious knowledge and technology (that’s sweet loot to you and me) so it would survive long after they disappeared (and we could take it, but only after defeating a powerful Guardian, or in the vulgar parlance, “boss”).

Alas, after its decline the remnants of the great Eridian empire slowly withered, turned to dust and blew away on the winds of time immemorial. But the Vaults remained, buried over the centuries and aeons under the arid sands of planets as countless as they were obscure. Thousands, and then millions, of years passed, and a bold new era of unfettered capitalism dawned, as corporations brazenly fanned out across the galaxy looking to explore and – as corporations inevitably do – exploit. One such firm, Atlas, would be the first to stumble upon a Vault, a serendipitous circumstance that nevertheless unleashed what would become a new “Gold Rush” to find more Vaults, get more loot, gain more power. 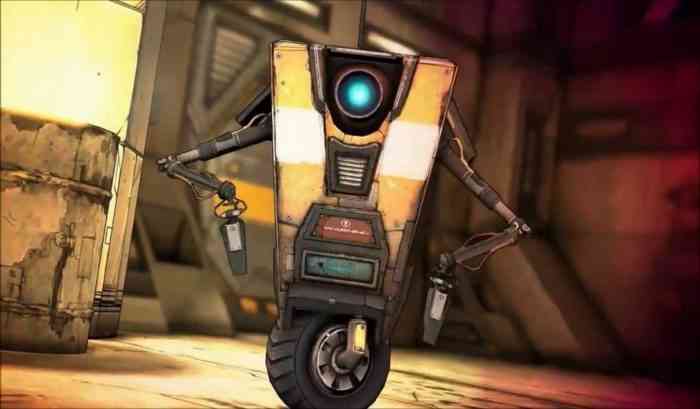 It started on a planet called Promethea. Atlas, after finding the first Vault, used the technology they found as you’d expect them to: to create amazing new machines and grow rich and powerful in the process. News of their discovery eventually got out despite Atlas’s best efforts, and spread like a virus around the known universe. Almost overnight, other corporations and even individual adventurers set out looking to strike it rich by finding more alien Vaults of their own.

That’s where Pandora comes in. It was a hostile world, a wild world seemingly untouched by civilizing influences; in other words, a perfect place to find undiscovered Eridian Vaults. Atlas, now joined by other corporations, most notably Dahl, made a base there and began the search in earnest. Possibly with their corporate competition in mind, they also formed the Crimson Lance, a military guard unit to protect their interests in this new, lawless place.

The Wild West of American history paled in comparison to the rough-and-tumble, frontier pandemonium which was soon unleashed on that formerly remote little rock called Pandora. Even its small moon, Elpis, was not spared as Dahl Corporation expanded there as well, while Atlus took a dominant position on Pandora itself. Full corporate takeover proceeded, seemingly unabated. But something was amiss on Pandora that no one had foreseen: after the first seven years, what seemed like a permanent winter began to thaw, and summer came, unleashing a fetid wave of truly repugnant local creatures that made life on Pandora a little too hellish for even the motley crew of rugged rapscallions that had originally signed up to relocate there.

The population left Pandora in droves. Towns – thrown together in ramshackle haste in the first heady days after the first Vault was discovered – were left empty, their abandoned buildings rusted, fell apart and were reclaimed by the Skags and other terrible fauna of this unwelcoming, remote world. Even Dahl Corporation could no longer justify a continued presence there and packed up operations, leaving Atlus alone in its daunting struggle to unlock Pandora’s secrets. 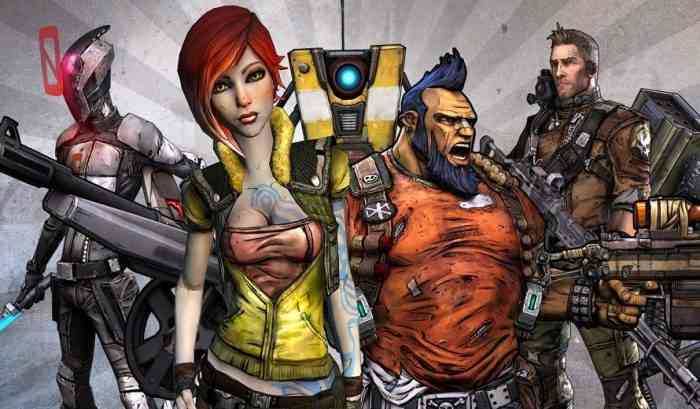 Things would get even worse, though. Dahl’s exodus from Pandora left scores of malcontent and idle unemployed, who swelled the ranks of bandit gangs and along with the hideous wild native creatures, added to Pandora’s miserable chaos. Atlus responded by tightening its grip, using its Crimson Lance forces to institute a dictatorial rule. Once a land of opportunity, a mysterious place promising riches, Pandora had now become a dystopian nightmare, whose poor residents were now ruled over with an iron grip from within by a (now) heartless, distant corporation, and terrorized from without by gangs of howling vagabonds.

Believe it or not, all of that happened before the first game even starts. In Borderlands, rumors arose of something called the Vault Key, an Eridian artifact that could supposedly open the Vault located somewhere on Pandora. The catch, of course, was that the Vault Key was broken into four fragments, which had naturally been scattered across the planet. A group of Vault Hunters — Roland, Mordecai, Brick and Lilith – banded together in search of it. Battling bandit lords, the Crimson Lance, and myriad other enemies, they eventually managed to locate and assemble the Vault Key’s pieces.

The Pandoran Vault was finally found and opened using the Vault Key. But as we all know, the path to riches is never a smooth one; a very powerful Guardian, named The Destroyer, lay in wait, ready to defend the Vault from plunder. The intrepid Vault Hunters faced a truly Herculean challenge during which they died and revived many times (if they remembered to save at the right time), but they eventually overcame The Destroyer (or so they thought), claimed the prize of the Vault, and took a much-needed bathroom break.

Click thru to Page 2 to learn about Handsome Jack and the rest of the epic Borderlands story!

How To Beat Dragon Lord in Tiny Tina’s Wonderlands
Next World of Warcraft is Suffering a Slow Death, But Help is on The Way
Previous 10 of The Very Best Nintendo Switch Games You’ve Never Played