Whether it’s recommended in your community or enforced by your local government to stay inside and distance yourself from others, the fact that so many social spots — gyms, restaurants, bars — are temporarily closed due to COVID-19 is probably forcing you to spend a little more time at home than you may be used to. If you’re determined not to let coronavirus get the best of you, here’s a list of twelve co-op games you can play whether you’re stuck inside alone or with others. 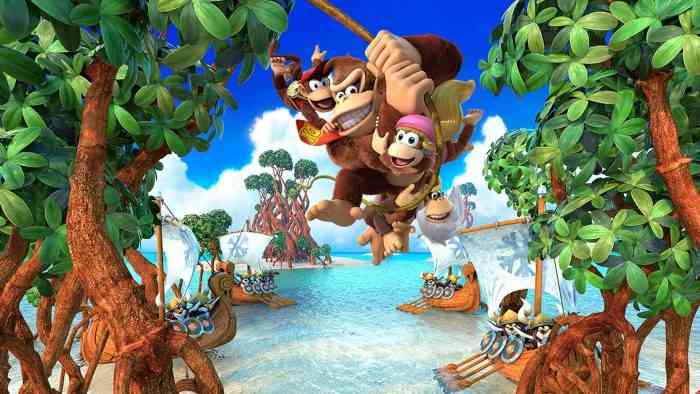 If you’re holed up at home with a sibling, a child or even a partner, Donkey Kong Country: Tropical Freeze is one of the best couch co-op games you could opt for. It’s everything you love about the classic franchise and more, and whether your Player 2 is an experienced gamer or not, you’ll both be able to pick this up together with ease. You can play Donkey Kong Country: Tropical Freeze in its entirety in co-op mode, and its colorful, whimsical look mixed with the simple yet classic gameplay is sure to get you both hooked.

Hands down one of my favorite games I’ve played in the past few years, and by far one of the most fun co-op games I’ve ever played is Children of Morta. Though you can play the entire game in single player, it’s infinitely more fun with a buddy. It’s tailored more towards experienced gamers, as it can be extremely difficult and unforgiving at times due to its roguelike elements and challenging enemies. The game is centered around a family called the Bergsons, and as you progress through the game you unlock more members of the family to play as. Each family member has their own distinct playstyle and abilities, all of which are a blast to experiment with. Though the game is difficult, even when you fail a level, the story continues to progress, and the storytelling in this game is beautiful. The narration is voiced perfectly, and the artwork is vibrant and detailed. If you’ve got a partner up for the challenge, you’d be hard pressed to find a more enchanting co-op game than Children of Morta.

Guns, Gore & Cannoli is a game that debuted in 2017, following the hilarious tale of Vinnie Cannoli, a quintessential New York-Italian mobster shooting his way through zombies and gangsters in the Roaring Twenties. It’s an absurd, gory platformer where up to 4 players can pick up guns and rain bullets on the Prohibition era maps. It’s a comical riot, and a complete blast to play. There’s also a sequel — Guns, Gore & Cannoli 2 — that’s set at the end of World War 2, and it deserves a playthrough just as much as the first. 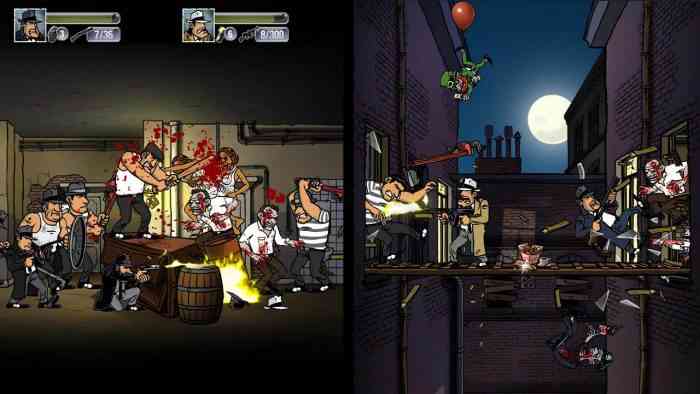 Portal Knights may seem like an odd contender for this list, but I can explain. For those who crave the creative freedoms of Minecraft but need a little more structure and direction, Portal Knights is a great little choice. As knights, you visit different worlds accessed by portals that you must build with pieces you collect from enemies and quests. Each world has completely different flora and fauna, unique scores, and their own selections of resources and quests to take on. The worlds are charming and beautiful, and you can modify, build or break down anything you see in the environment. Portal Knights combines survival crafting systems with the look and basic mechanics of Minecraft, while also offering light RPG elements such as skill trees and attribute points. It’s far less grindey than any survival or crafting game you’re probably used to, making it a lighthearted and enticing option for the split-screen co-op it offers. 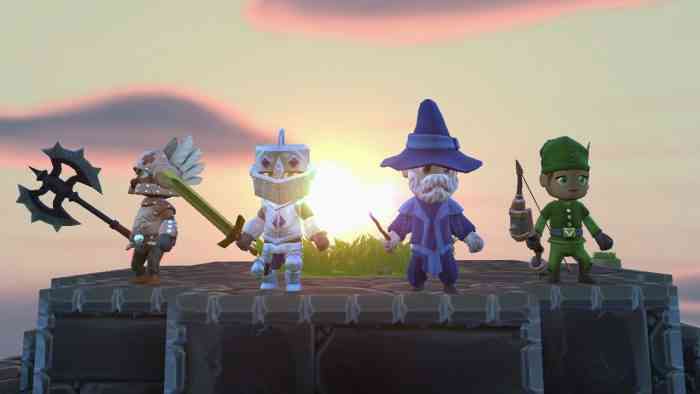 Cuphead is simply a classic. If you haven’t gotten the chance to pick this title up or have been putting it off for some time, you need to give this game a go. Cuphead is a side-scrolling shoot ‘em up with the look and feel of a cartoon from the 1930s. You can play local co-op as Cuphead and his accomplice Mugman, and it’s brutally challenging but completely bewitching. The cartoon art is hand-drawn and mind-blowingly well executed, and the gameplay is tough but exhilarating.

No Heroes Here is a game I’d recommend to anyone who wants a light little game to just pick up right this second. It’s almost always on sale on the Nintendo Switch store for a couple dollars, and you can play this game with up to four players locally. It’s low-commitment, and even the least experienced gamers can pick it up quickly. No Heroes Here casts you as a band of misfits; essentially all the people you’d be least likely to see in any heroic feat. Choose between the Gypsy, Jester, Priest and more, and scurry to defend your castle from oncoming hordes of enemies. You must craft gunpowder and ammunition, clean cannons, and fire at bad guys while also navigating the complicated layouts of the castle. It’s an extremely hectic game that relies on efficiency and communication, but the core gameplay is simple, fast-paced, and fun. 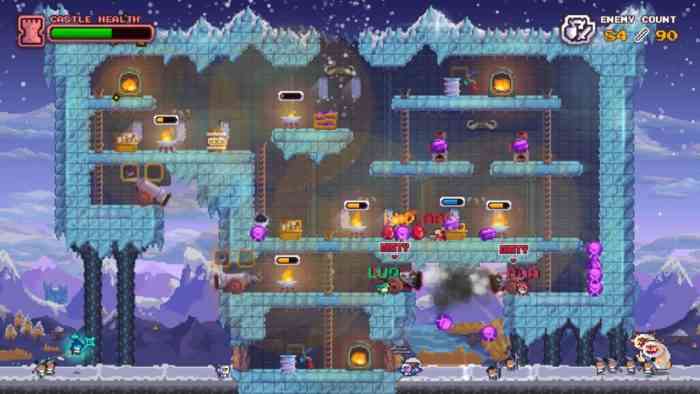 Continue on the next page to see our list of online co-op games.