Battlefield 2042 hasn’t had much success since launching last fall. It’s been met with harsh criticisms from both fans and media alike. The folks at DICE and Ripple Effect Studios could have just thrown in the towel and walked away, but they chose to face the feedback and build a game that fans could be proud of. Since then, there have been numerous patches ironing out a variety of issues. This week, on June 9th, they release their biggest update yet; Season 01: Zero Hour.

Season 01: Zero Hour is designed to give a much-needed booster shot to Battlefield 2042. And judging by what they’ve shown us, it’s a very solid effort. In a way, Season 01 can be broken down into two aspects; improving the existing game and adding new content. Let’s take a look at both.

The most impressive change coming will be to the actual maps that launched with Battlefield 2042. Based on player data and feedback, maps will be adjusted to create a much more enjoyable experience. First up, Kaleidoscope, which will be re-launched in August. There will be a substantial increase in cover, protecting infantry from snipers. New assets will be added to improve destruction effects throughout the map. In addition, new areas will be added, including a forward operating base at the park. This is designed to create new close-quarters-combat areas. In Season 02, the launch map Renewal will also get an overhaul. 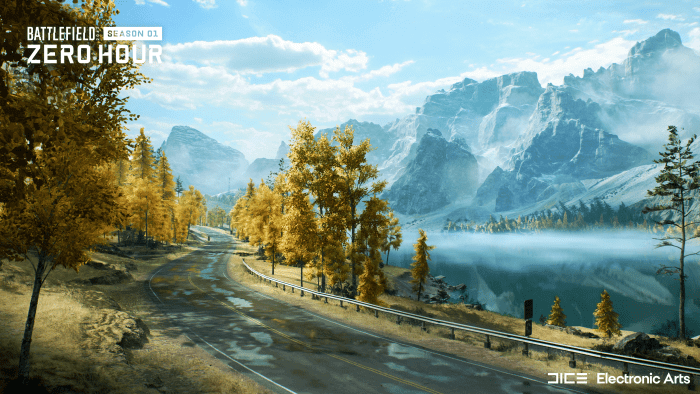 One of the biggest selling features for Battlefield 2042 is getting neutered. While existing maps featuring 128-player game modes will stay, new maps – including the new Season 01 map – will be capped at 64 players. The focus is to improve player experience.

Another area that’s getting improvements – Specialists. No, they’re not going anywhere. You’re still stuck with these lame characters, but they’re going to get a bit more gritty. This will include new visuals and voice lines which should bring them in line with 2042’s war-torn world, as opposed to the upbeat personalities they currently exhibit.

Aside from more performance and weapon tweaks/balancing, the final Battlefield 2042 improvement that’s coming is improved third-person animation modelling. Other players will look and move much smoother, which should allow players to better react to enemy movement.

With Season 01 comes a bunch of new content. Don’t get me wrong, it’s clearly not as much as fans were probably hoping for, but hopefully, the quality of the content will appease most players.

First up is the brand new map named Exposure. This will be the only new map coming in Season 01 (aside from the re-release of Kaleidoscope), but it will definitely be a fun map to navigate. This map takes place in the beautiful Canadian Rockies where you’ll do combat along extreme vertical terrains and inside a variety of caves and military bases. 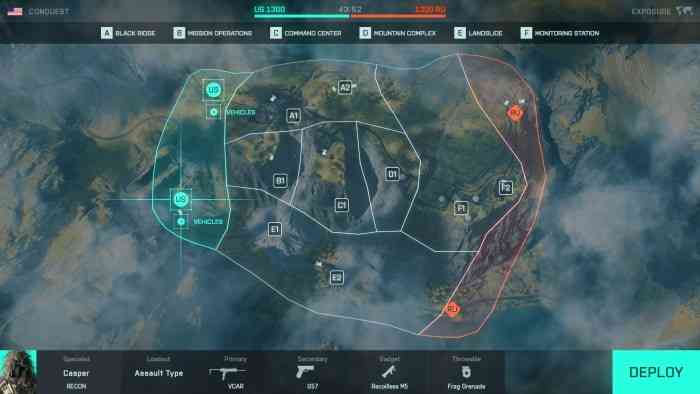 To help players scale these large mountains is the return of helicopters to the franchise. Stealth helicopters will bring a host of new offensive measures. When visible, they’ll have a variety of weapons to clear out infantry, but when they go into stealth mode, they’ll be capable of dropping payloads of bombs on unsuspecting troops. These helicopters will be game-changers in the hands of capable pilots.

Joining the line-up of Specialists is a branch new, vehicle killing expert, Ewelina Lis. Her weapons, traits and gadgets all have one sole focus – to destroy enemy vehicles.

A trio of new weapons will join the battle as well, each offering a unique way to play. The smoke grenade launcher will create a wall of smoke allowing you and your squad to move strategically around the battlefield. The Ghostmaker R10 Crossbow will allow players to stealthily kill enemy combatants. And finally, the BSV-M Marksman Rifle offers two firing modes for both mid-range and close-range combat. 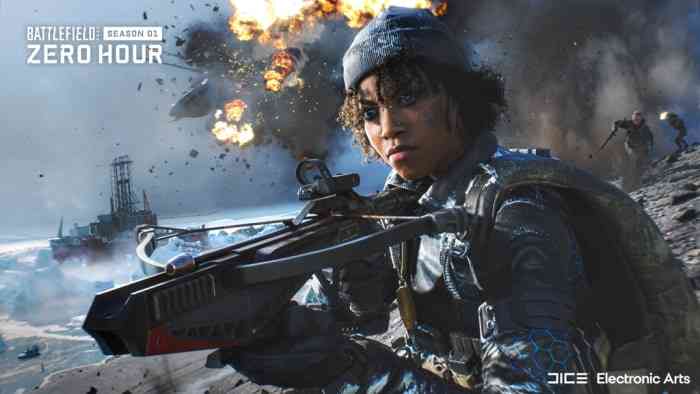 A recent patch gave players the opportunity to turn cross-play (ie: the ability to play with PlayStation, Xbox and PC players) off. While this was a much-needed feature, the unfortunate result is a significant shortage of players to play with. With cross-play on, I have little issue finding a match. But when I turn cross-play off, it’s almost impossible to find a match on Xbox. Ideally, it would have been better (and this applies to EVERY online multiplayer game, not just Battlefield 2042) if we could just limit cross-play to console players only. PC players have an unfair advantage of using a mouse and keyboard and, even worse, there are PC players who utilize an assortment of cheats and mods. I did ask the developers about this. Others did too. Unfortunately, they didn’t provide an answer, so it’s unlikely we’ll see any changes to cross-play anytime soon.

With the arrival of Season 01, it’s clear the teams at DICE and Ripple Effect Studios are hard at work making Battlefield 2042 game even better by adding great new content and reworking existing content to be more enjoyable. While Season 01 probably won’t bring any new players into the mix, hopefully, it’ll be enough to keep existing players happy and maybe bring a few players back who lost interest after launch.