When a genre gets too popular and over-saturates the market the next step in its evolution is for it blend with something different to create a new hybrid genre. People Can Fly’s Outriders is an upcoming RPG Shooter which looks to blend immersive, compelling narrative with the looter shooter module, sans any microtransactions or season pass requirements. What exactly will this new project look like? Here are 9 important facts you need to know about Outriders.

1. The History of Outriders

Earth could no longer sustain life after the destruction we wrought on the planet. In a final attempt at survival, two ark ships were created and sent out to find a new home. Enoch; a beautiful new world, would be our home. Only one ship made it to Enoch, but with probes mapping out this new world, we set down and started to build our first settlement. The vanguard of humanity, the Outriders, were the first to explore. Highly trained in combat and survival, the Outriders kept the people safe. Humanity’s probes crashed to the surface, and in tracking their signal they encountered the Anomaly. Bending the laws of reality to its will, many were killed and others were terribly wounded. Thrown into cryo until a cure could be found, the last surviving Outrider awakens 31 years later to a land of desolation and war. The Anomaly has wiped out all advanced technology, and humans are once again at each others throats, fighting for every possible scrap to survive.

This is not a game of blasters and advanced, futuristic tech. This is not a story about a harrowing hero come to save the day. It is gritty, dark, and dangerous. Everything on the planet wants to kill you, the lines of morality are blurred. This is a game about what morality means in desperate times. There is some skepticism that People Can Fly will be able to deliver on the concept, but to that I draw your attention to my next point.

2. The DNA of Outriders

It’s been some time since we saw something from People Can Fly, but their work speaks for itself. Most known for Gears of War: Judgement and Bulletstorm, People Can Fly helped create Fortnite under the Epic Games banner before gaining their independence to make something they felt passionate about. Sebastian Wojciechowski is the CEO of People Can Fly and was formerly the GM and a board member for Epic Games in their Polish branch, working on Fortnite for over three years with over 20 years in the industry. Game Director Bartosz ‘Bartek K’ Kmita was senior level designer for Gears of War: Judgement, Infinity Blade III, and part of the design team for Fortnite and Fortnite: Battle Royale. This is an incredibly experienced team, each member having at least 10 years of experience on high profile games. One of the biggest questions this inevitably leads to is whether or not Outriders can deliver on the narrative of such an ambitious RPG project, which brings me to Lead Writer Joshua Rubin. Rubin has been a writer for TV, film, and games for a very long time. His most notable and relevant credits include being Lead Writer at Telltale Games, crafting the stories for Game of Thrones, The Walking Dead, and Minecraft within the acclaimed Telltale series. He also helped write the first Destiny as well as Assassin’s Creed 2, so there is a LOT going for Outriders. 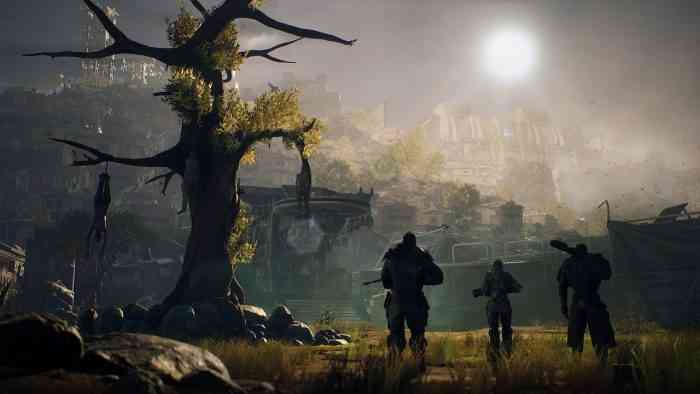 While there are still a few secrets we cannot yet divulge, what we can tell you is that even if the main plot of the game seems a little cut and dry, than the rest of the storytelling is going to pull you in. Outriders has a small, lovable cast of characters who feel like very real human beings. Their reactions and personalities don’t feel like they fit a basic character mold but instead are flushed out people with emotions and aspirations. The world is alive with plenty of stories to tell, and regardless if the setting is overly familiar, what we have already seen sets it apart from other sci-fi shooters of its kind.

4. What it Means to be Altered

Powered individuals are called Altered; beings able to manipulate aspects of reality. While on the surface these powers are about the base elements as seen in many traditional games, they are more than that. These are blended with the laws of physics and the universe itself. The Trickster has powerful electric abilities but also manipulates time and space. The Pyromancer is all about destructive fire, but it’s generating and manipulating kinetic energy from within their own body. The Devastator is pretty flashy with its outright powers of controlling earth and stone, but it’s actually in complete control of gravity itself. While these powers have only been shown in their infancy, as Outriders progresses we will undoubtedly see more of a focus on their manipulative aspects rather than elemental. Let us not also forget the elusive and as of yet unannounced fourth class. Powers in Outriders feel great because of their short cooldowns, allowing you to strike more often with your innate abilities, as well as their highly effective use of synergizing with teammates.

It isn’t new to see a game balance guns and powers, however Outriders is the first to balancing them against each other, not having one be more predominant over the other. This opens up a wide array of playstyle options and encourages blending gunfire and abilities together. Slamming a group of enemies to the ground as the Devastator and following up with close range LMG fire is fantastic, but blending powers is where the game really takes off. Enemies can be affected by multiple powers at the same time, so blending them together for maximum effectiveness will deal huge damage and look amazing on screen. With the developers’ history of working on Gears of War and Bulletstorm, they also have plenty of experience with shooters. The option for Gears’ snap-to-cover system is here if that is your style, however stages are not built specifically for this as the primary tactic. Running and gunning or dodging are just as viable options, letting everyone play how they are most comfortable. Speaking of dodging or running, these two actions are not dependent on a stamina meter so you don’t need to worry about managing another stat. 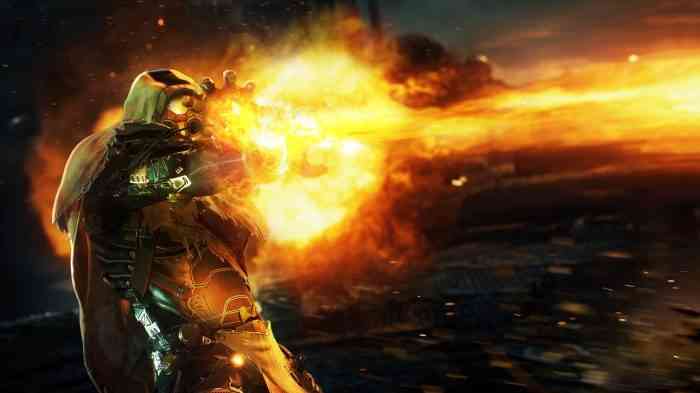 Marvel’s Avengers Has its Claws Out in War For Wakanda Trailer
Next The 3 Best (and Worst) Video Games From February 2020
Previous Xbox Series X and PS5: Top 10 Franchises That Need To Come Back