3 Things I Love (and Hate) About Modern Warfare’s Multiplayer

The Best and Worst of Modern Warfare’s Multiplayer

Call of Duty’s back and in some ways better than ever. While my admiration for the franchise has waned over the years, I’ve enjoyed the immaculate FPS mechanics, insane action set pieces, and addictive multiplayer since the beginning. A firm salute to Infinity Ward, because the team at the seasoned studio have reinvigorated my interest into full-blown passion. There’s much to love about the game, but some aspects need serious work. Here are three things I love, and three things I hate about the current state of multiplayer in Modern Warfare.

Cyber Attack’s the search and destroy evolution I didn’t know I needed, sixty-four player Ground War, while unbridled pandemonium, is an exceptional battlefield ripoff, and Realism’s appropriately unforgiving, but Gunfight’s my favorite among them. It’s one of the best modes in franchise history. I commend it extensively here. In short, I can’t get enough of the high stakes 2v2 action with random loadouts on small, symmetrical maps. It demands a level of strategy and communication, and victory relies solely on your skill level. No perks, no killstreaks, just good ol’ fashioned competitive gunplay.

Weapon customization has reached new depths with Gunsmith. Each gun feels unique to fire in its standard state with realistic recoil, and for better or worse, each can be tweaked with a ton of attachments and perks. I’m still hooked on the M4, but I’ve had fun experimenting with bizarre sniper and submachine gun builds. Weapon leveling is rewarding, and I appreciate the wide variety of camos and stickers offered to bedazzle them.

Through tactical sprint, weapon mounting, realistic recoil patterns, ballistic projectiles, dynamic doors, finishing attacks, and the return of killstreaks, the tried and true multiplayer formula finally feels fresh following more than a decade of minimal evolution. It doesn’t always pay off, but tactically sprinting across the battlefield has saved my skin on several occasions, and mounting weapons on barriers and wall corners is great for defending objectives and completely alters firefights. I often burst through doorways like a maniac, but having the option to stealthily crack them open to get a lay of the land or destroy them with equipment are stellar options. Killing enemies is incredibly satisfying with the use of ballistic projectiles over hit-scanning. It’s far more intense, realistic, and watching the final kill cam is more fun to watch than ever before. Killstreaks will forever feel more rewarding than scorestreaks. I’m not often skilled enough to earn anything beyond a hellfire missile, but I’m glad they’re back. Knife finishers are cool, but my attempts at ending players in style typically end in catastrophe. 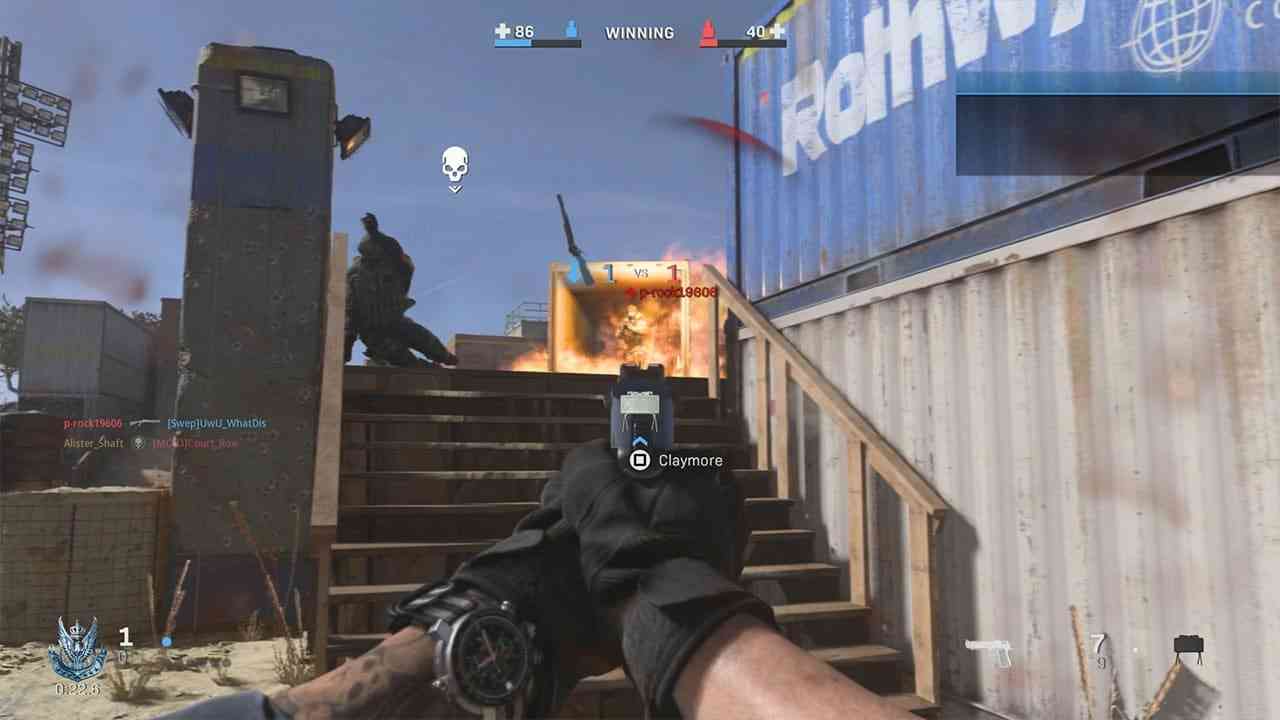 Check Out The Fun, Frantic Action in Battle Axe Gameplay Video
Next The 3 Best and 3 Worst Games of October 2019
Previous Top 5 Video Games Arriving in November 2019