It’s that time of the year again. The Smite World Championship is upon us and it is bringing a lot of special surprises. Today, HiRez Studios and Titan Forge Games are happy to unveil the latest Smite crossover with Magic: The Gathering. Bringing the world renowned universe of, Wizard of the Coast’s, Magic: The Gathering to the battleground of the Gods is offering a lot of skins. Of course, a press release provides more details on the announcement. Additionally, a crossover trailer gives players a look at some of the familiar characters they can expect. 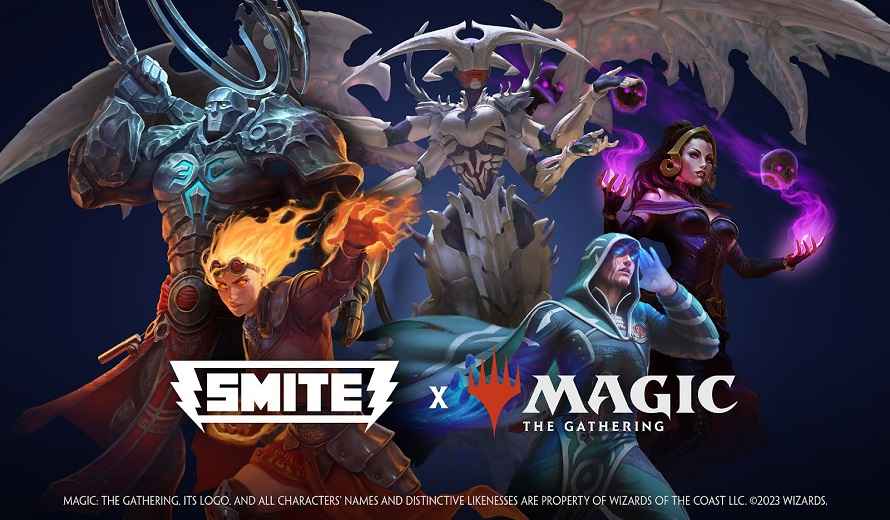 Importantly, the crossover between Smite and MTG is bringing some of the CCG’s most famous characters to the battleground. From wizards, to necromancers, artefact hunters and more. Of course, players can expect to see Chandra Nalaar, Jace Beleren, Liliana Vess, Karn, and Atraxa. But that isn’t all. Coming in a second update will be five more skins from the MTG universe. This means there will be ten skins in total for the crossover.

Fans can check out the trailer for the crossover below.

Yet, this isn’t all. Additionally at the SWC Smite has unveiled its latest addition to the roster, the fire giant himself: Surtr. The first confirmed god of the newly unveiled Season 10 God lineup.

So, which MTG skin are you most excited about? What are some of the other skins you would want to see in Smite? What gods are you most hoping to see in Season 10 of Smite?