Dungeon Munchies Brings the Hunger to a Physical Release Today

It’s time to cook up some meals to die for once again. Or meals from those who died, in a way. Today developer maJAJa and Chorus Worldwide are happy to announce the physical version of their side-scrolling action RPG, Dungeon Munchies. Releasing on the PlayStation 4, 5 and the Nintendo Switch, the physical edition of the game is available now. A press release provides more details about the game. Furthermore, the release also provides insights from Shintaro Kanaoya, founder and CEO of Chorus Worldwide. 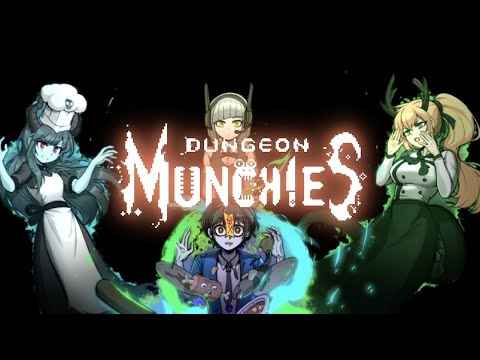 Dungeon Munchies is a side-scrolling action RPG that gives players a fairly simple goal. Of course, this goal is to find monsters to cook into delicious meals. Alongside Necro-Chef Simmer, self-proclaimed culinary “expert” of the Underworld, players will learn how to cook different meals from the monsters they slay. Of course, the meals will offer different perks you can use to upgrade your character, as you will need them to defeat stronger and stronger monsters.

“We relish Dungeon Munchies launching physically,” said Shintaro Kanaoya, founder and CEO of Chorus Worldwide. “These delicious physical editions of Dungeon Munchies from our friends at Serenity Forge bring their usual delectable level of detail to this award-winning game.