PlayStation’s hallmark racing sim series is going to get even more immersive. This week, at CES 2023, Sony presented a couple of PSVR 2 projects. Gran Turismo 7 will be getting a free PSVR 2 upgrade. Gran Turismo is already out, but PSVR 2 hardware comes out on February 22nd.

Sony’s presentation was pretty short, but it was time well used. The short amount of gameplay was saw in Gran Turismo 7 PSVR 2 mode looks like a big immersion improvement. It uses a camera angle similar to the cockpit angle, but players can turn their heads to look around. 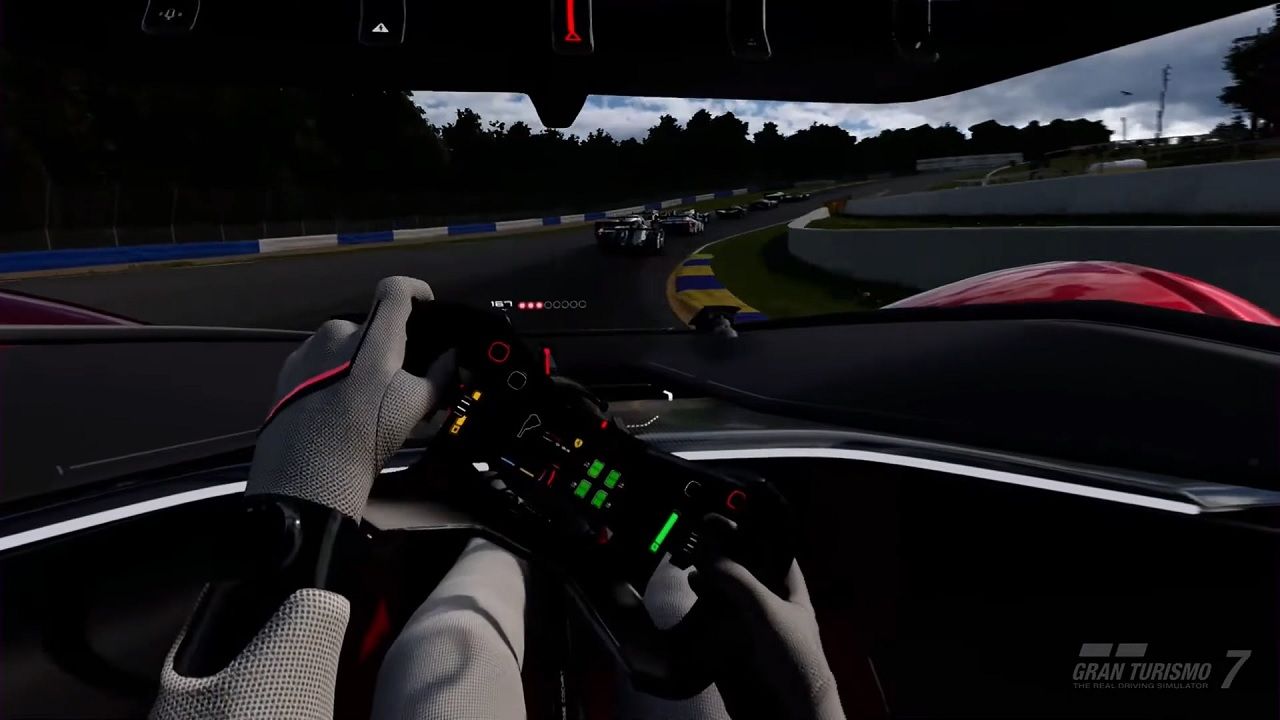 Drivers should know they need to keep their eyes on the road, but the PSVR 2 versions will offer 360 degrees of viewing. Being able to turn your head and angle your sightlines will help drivers with their situational awareness on the track. The hardware’s resolution has screens of 2000×2040 per eye. With PSVR 2, players can finally cruise down the track at slow speeds to take in the scenery.

In other Gran Turismo news, the Gran Turismo film has began production. It is the story of a real life GT player and their journey to become a racecar driver. Orlando Bloom, David Harbour, and Darren Barnet have been cast.

Gran Turismo 7 is available now for PS4 and PS5. The PSVR 2 upgrade will launch when the hardware comes out on February 22nd, which can be played on PS5.

What games are you planning to play on PSVR 2? Will they include Gran Turismo 7? Let us know in the comments below.

The Walking Dead: Saints & Sinners – Chapter 2: Retribution is Awesome
Next
Start Up A New Adventure While Saving Big On Some Of The Best Games
Previous
The Witcher 3 PS5/Xbox Series X|S Version Getting Physical Release