Embark on a journey of discover, adventure, friendship and magic. All set within a mysterious, and dangerous, fantasy world. Today Developer Studio Daimon is happy to announce the release date for their upcoming JRPG inspired game, Path of the Midnight Sun. Releasing on January 10th, 2023 the game invites players to enter a world where communication, turn-based combat, and relationships are key. A press release provides more info on the game. Additionally, a trailer form earlier this year gives players a glimpse of the style. 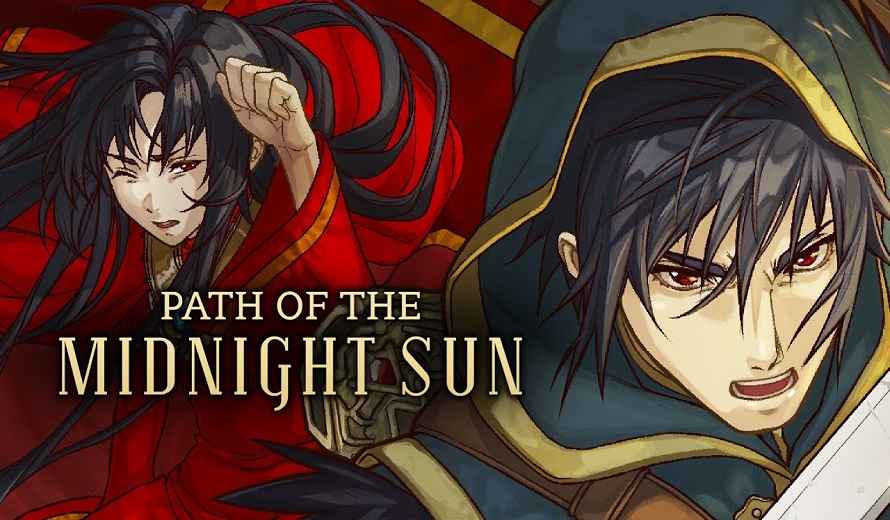 Path of the Midnight Sun introduces players to three unique protagonists. They will enter a world that is currently facing threat from an ancient, and powerful, Demon King. Now possessing a key figure in the kingdom, the Demon King is poised to destroy everything. Yet, the protagonists stand against him. Featuring in depth, and tactical, turn-based combat players will fight the King’s minions. However, combat isn’t the only thing players will need to focus on. Building the relationships between protagonists and their party has important impact on the story, combat, and more. Communication, dialogue options, and different choices the player makes all have an impact on these relationships. Eventually, you can even find your soulmate.

Path of the Midnight Sun features completely hand drawn art and animation. The game itself, originally a Fire Emblem mod, came to life through the mind of lead developer Alfred Kaman who explains that “my goal was to create a world full of characters that felt compelling and realistic.” Of course, players can get a look at the game from the trailer from earlier this year.

Path of the Midnight Sun is releasing on January 10th, 2023. It will release globally on PC via Steam. So, are you ready for a new adventure?