Hi-Rez Studios is a popular video game publisher that has released titles such as Paladins, Smite, Rogue Company and Realm Royale. One of its studios, Red Beard Games, is preparing to launch Divine Knockout, a third-person fighter. The game is set to release on PC, PlayStation 4, PlayStation 5, Xbox One, Xbox Series X/S and PC via Steam and the Epic Games Store on December 6th.

Interested fans can get their hands on the Founders Edition and Ultimate Edition of the game at the prices of $24.99USD and $49.99USD respectively. The Founders Edition includes the game, eight Gods, skins, cosmetics as well as bonus content for Smite. Additionally, the game’s Ultimate Edition includes four God tokens, 1000 runes, more cosmetics along with the same content in the Founder’s Edition. 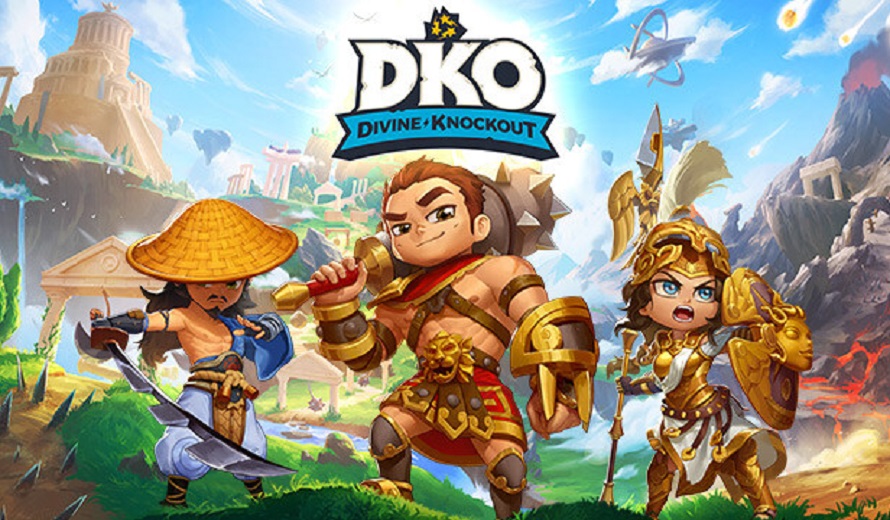 In the trailer, players get a great look at the game’s action to some groovy music as the characters face off in combat. Moreover, players will be able to utilize various actions and abilities in combat. Furthermore, the developers describe the game as a fast-paced brawler set in the world of Gods and mythology, filled with deities. Also, fans of Smite will learn that the game is twist on the popular MOBA title as the Gods and Goddesses have been redesigned and reimagined to suit the new title. Divine Knockout seems to have a ton of potential as a fun game for fans to enjoy.

What are your thoughts on fighting games? Are you a fan of third person fighters? What do you think about Divine Knockout? Did you enjoy the game’s trailer? Are you interested in pre-ordering the game? Which version of the game would you want to pre-order? Let us know in the comments below or on Twitter and Facebook.