The Galaxy Has Gotten Bigger

A galaxy far far away is now even larger. Today Warner Bros. Games are happy to announce the release of Lego Star Wars: The Skywalker Saga Galactic Edition. Releasing today on PC and consoles, the Galactic Edition is bringing a whole lot of new content to the galaxy. Of course, a press release provides info on everything arriving with this edition. Furthermore, the release is bringing brand new, 2022, content to the Lego Star Wars universe. 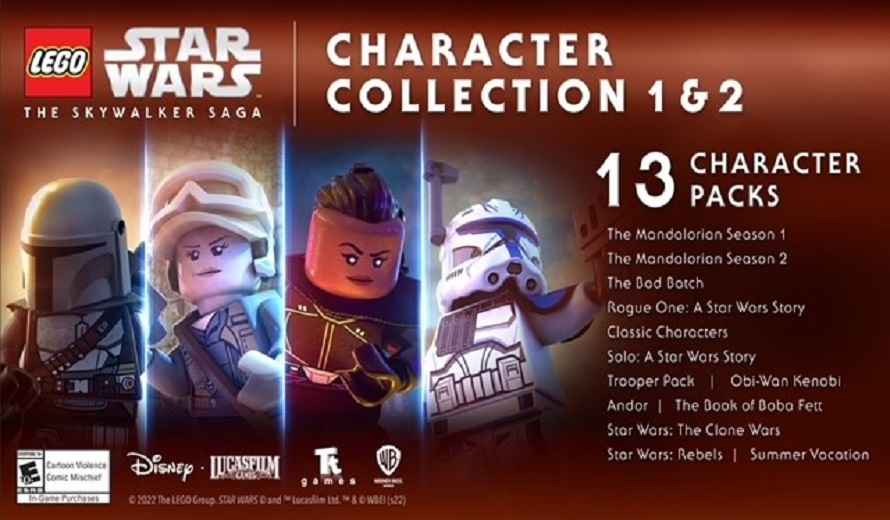 Of course, Lego Star Wars: The Skywalker Saga boasts the largest roster of characters, vehicles, and more out of any Lego Star Wars to date. However, the Galactic Edition is expanding this roster even further. Bringing six new packs, arriving with Character Pack 2, players can expect to see some new Star Wars favorites. For instance, Star Wars: Andor and The Book of Boba Fett will make their appearance. In addition, players can also expect to see characters from Star Wars: Rebels.

Importantly, all of this new content means the roster of playable heroes, villains, and more will be expanding greatly. Players can expect to see characters from the Mandalorian Season 2, Andor, Classic Characters from the trooper pack, and more. Even more characters means even more ways to play, explore and have fun in a galaxy far, far, away.

Lego Star Wars: The Skywalker Saga Galactic Edition is available now. It is currently available on Xbox, PlayStation, and Switch consoles, as well as, PC. So, what characters are you looking forward to the most?

Fall of Porcupine Free to Healthcare Workers No Out-Of-Stocks