We all know about Minecraft. 3D survival/crafting game, uses 8 bit graphics, on every platform known to mankind. A new spin-off is coming out next year called Minecraft Legends. Today, during Minecraft Live, we got a new trailer and a look at the gameplay.

Unlike OG Minecraft, Legends uses more of a top-down perspective, like Minecraft Dungeons. It also focuses more on group combat and strategy. While most RTSs have the player fly around the map, commanding their armies, Minecraft Legends has players command from the ground. 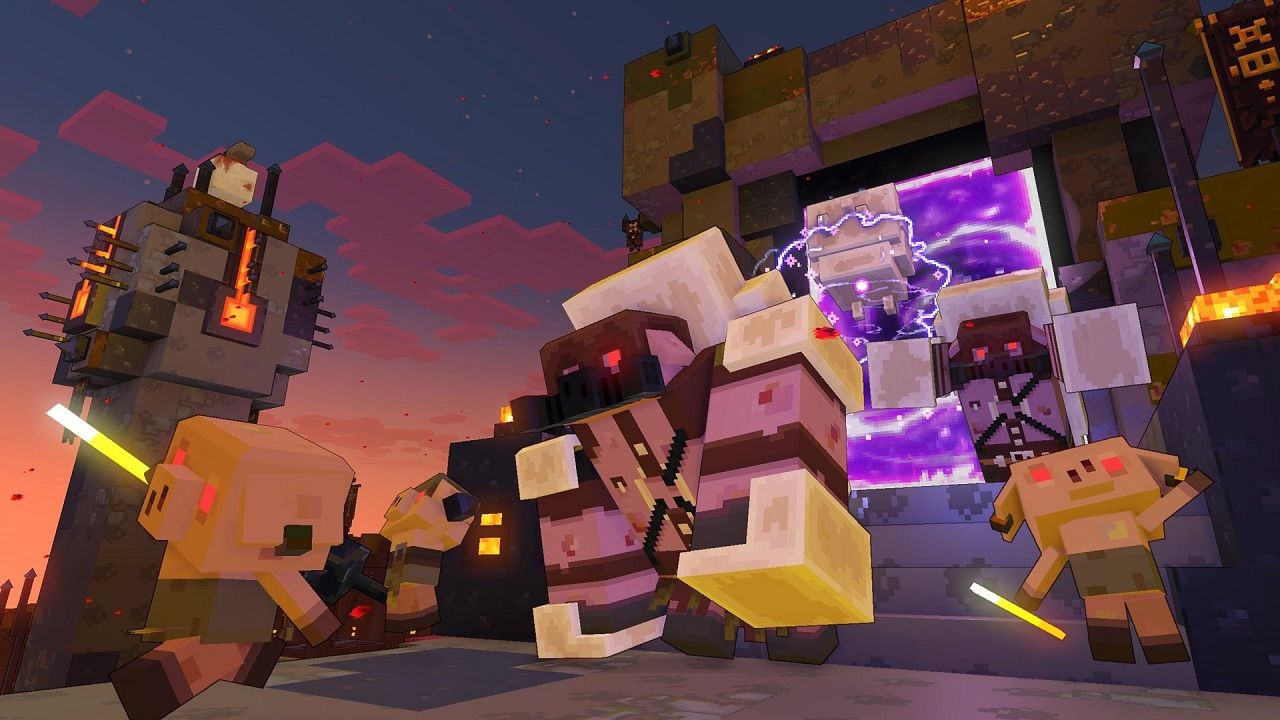 It wouldn’t be Minecraft without tearing down and using resources. Instead of punching trees and manually shoveling dirt, players can highlight an area and have the resources harvested automatically. Similar to other RTSs, you can tend to more important matters while resources are collected for you. Using those resources, players can still build as they would in OG Minecraft. Instead of placing block by block, you can select object templates, like bridges and ramps to make traversing the world easier.

Unite the Overworld and become a hero in #MinecraftLegends! Releasing Spring ’23 pic.twitter.com/mA78mxtyvA

You can also take command of friendly mobs as you travel the world. One of the first things you will want to do is form a posse of nearby mobs. They will then follow you into battle. If you make monster spawners, you can command mobs that are more effective in combat, such as Creepers. There are also brand new mobs that you will only find in Minecraft Legends.

There is no solid release date just yet, but Minecraft Legends will be coming out in Spring 2023. It will be available for PC, PS4, PS5, Xbox One, Xbox Series X|S, and Nintendo Switch.

Will you be playing Legends? Let us know in the comments below.

You’ll Have to Wait Past 2023 to Play Hytale, Devs Reveal
Next
Gotham Knights Is Getting a Four-Player Co-Op Mode Next Month
Previous
Sifu Will Be Coming to Nintendo Switch Next Month