Ubisoft is one of the biggest video game companies in the world and yesterday, they hosted their show, Ubisoft Forward. At the show, the company revealed and showcased various titles under their banner. Some of the reveals include Trackmania for consoles and upcoming Assassin’s Creed titles. Ubisoft also showcased Skull and Bones in a new set of trailers including its world and gameplay. The game will release on November 8th on PC via Epic Games Store and Ubisoft Store, PlayStation 5, Xbox Series X/S, Stadia and Luna.

In the gameplay trailer, viewers were given a look at some combat action, weapons and other customization options. From the trailer, it is clear that there are various combat options and styles for players to try out. Additionally, in the World Context trailer, fans were given an insight into Skull and Bones’ story and background. In the 17th century, players enter a journey filled with treasure, riches and war as pirates fight to rule the sea. The game is inspired by the Indian Ocean and the golden age of piracy. Players must be prepared to overcome the odds and move up from a mere outcast to an infamous pirate on the high seas.

Interested fans can pre-order the game today. The Standard Edition includes the base game while the Premium Edition includes extra content such as a bonus pack, missions and an artbook/soundtrack. 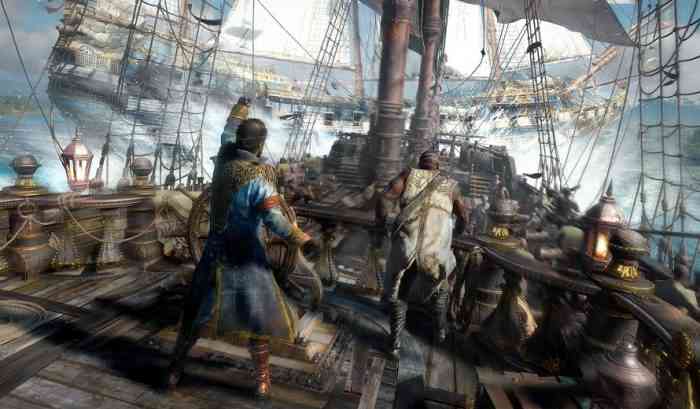 What do you think about Skull and Bones? Are you interested in its release? What did you think about the trailers that were showcased? What aspect of the game are you most excited for? Did you enjoy Ubisoft Forward? What news was the best for you? Let us know in the comments below or on Twitter and Facebook.