Splitgate Ironworks is a Danish video game developer that released various titles in the past. The company has announced that Phantom Fury, a first person shooter follow-up to Ion Fury, will release on multiple platforms in 2023. Fans can expect the game’s release on PC via Steam, Switch, PlayStation 5 and Xbox Series X/S. Interested fans can wish list the game on Steam here. Furthermore, the developers released a trailer showing off the game.

Phantom Fury will take place many years after the protagonist’s battle against Jadus Heskel in Ion Fury. Shelly Harrison wakes up in a new world as she is yanked out of sleep by an old colleague, this time with a bionic arm. Players, as Harrison, are tasked with securing an artifact, the Demon Core, which takes her across the United States. In the announcement trailer, viewers are given an insight into the game’s story as well as a sneak peek at some of the action as Harrison destroys her enemies in combat. 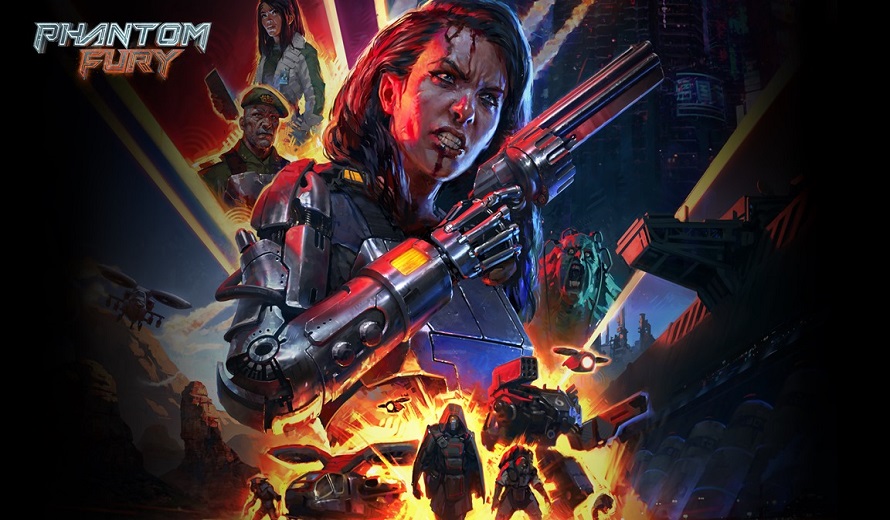 Furthermore, players will have almost twenty weapons to use in the fight ranging from bowling bombs to shotguns and deployable drones. Moreover, the developers have created an interactive world where players can use computers, fly helicopters and have fun on arcade machines. Additionally, the battlefield will be canvassed with various enemies such as vicious cyborgs, mutations and menacing soldiers who have their own skills and abilities. The challenge is very real.

What are your thoughts on Splitgate Ironworks? Are you a fan of their games? Did you try Ion Fury? What aspect of the game did you enjoy? Are you interested in the release of Phantom Fury? Did you enjoy the announcement trailer for the game? Let us know in the comments below or on Twitter and Facebook.