Get ready to feel like your fighting through a blast from the past. Only this time, with all the appeal of a modern shooter. Today,  Humble Games and Bounding Box Software are happy to announce that their fast paced action shooter, Prodeus, is leaving Early Access on September 23rd. Releasing on PC, Nintendo Switch, Xbox One, Xbox Series X|S, PlayStation 4 and PlayStation 5, the game aims to deliver an action experience from the past. A press release provides more details. Additionally a release date trailer gives players a look at what they can expect. 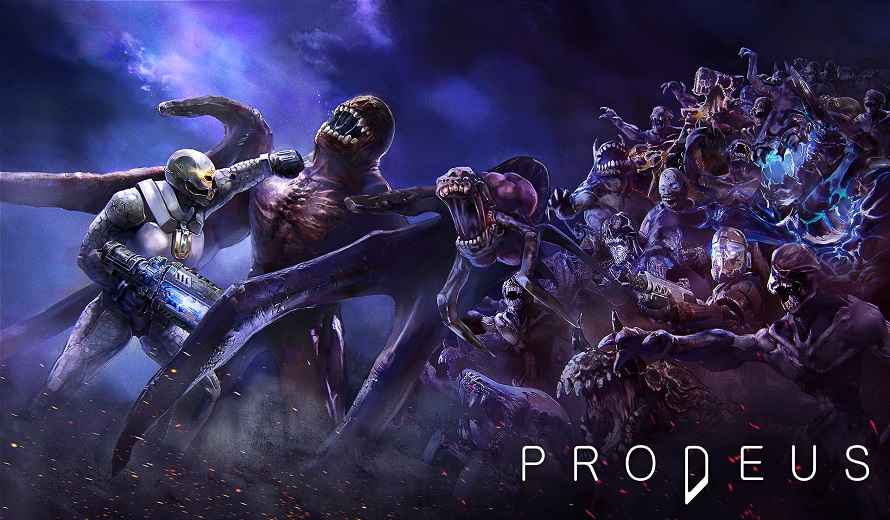 Prodeus introduces players to a boomer shooter. Channeling the graphics of the FPS games of old combined with the gameplay of a modern shooter, Prodeus brings nostalgia and quality. Players will arm themselves with a vast arsenal of weapons players will blast their way through hordes of enemies. Of course, these chaos-creatures exist in both developer and player made levels. So, build a level of your own to challenge your friends.

Importantly, Prodeus is not just a single-player game. Jump into different multiplayer modes. From the 4-player co-op campaign, to 16-player Deathmatch, Team Deathmatch, CTF, and more. Get ready to blast monsters and other players alike to some heavy music from none other than retro FPS composer Andrew Hulshult (DOOM Eternal: The Ancient Gods). Check out the release trailer for a glimpse at the action.

Prodeus is releasing for PC, Nintendo Switch, Xbox One, Xbox Series X|S, PlayStation 4 and PlayStation 5 on September 23rd. So, are you ready to paint the walls red? Get blasting.

PAYDAY 3 Will Feature The Original Gang In New York And More
Next
Kiryu Returns in Like a Dragon Gaiden: The Man Who Erased His Name
Previous
Street Fighter 6 Devs Have Revealed the Full Roster