There are some things that never go out of style. One of those things are samurai. Ryu Ga Gotoku Studio, best known for their Like a Dragon series, tried a couple of samurai games before. Like a Dragon: Kenzan! and Ishin! came out in 2008 and 2014 respectively, but neither were released outside of Japan. Like a Dragon: Ishin! is being remade and North American audiences will be able to play it.

Ishin! is set in the mid-1800s, far before the modern Like a Dragon games. However, they share the likeness of many characters and their voice actors. 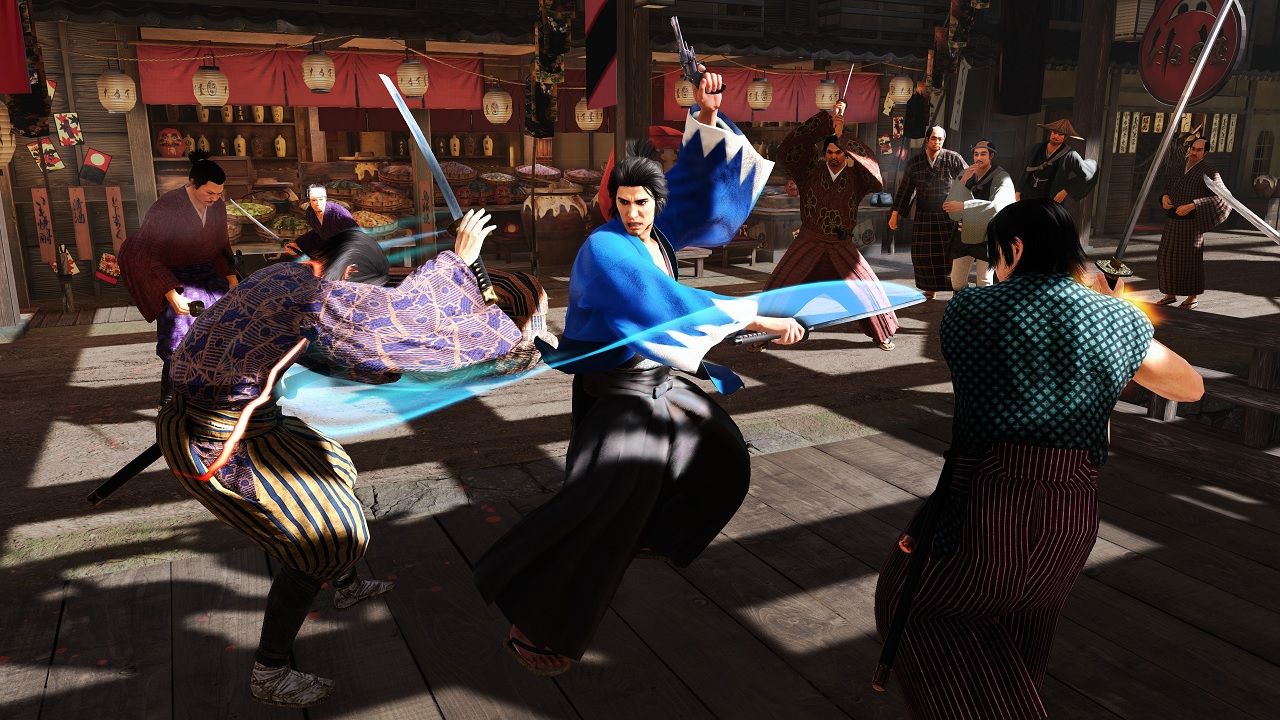 Like a Dragon: Ishin! came out in 2014, but since then, a number of new characters have joined the main series games. In the remake’s trailer, we see some of them are being made a part of the game. Veterans of the series will recognize Kiryu, Majima, Date, Saejima, Akiyama, and Goda. There are also a number of characters who made their debut in Yakuza 0, who now have roles in this game.

Don the haori of Sakamoto Ryoma and take a first look at the cast of familiar faces that appear in Like a Dragon: Ishin!

The “Ambush” trailer announcing the game shows a first-person action sequence, where we see a team of familiar faces storming a building. We are also shown a montage of other characters players will meet.

Some fans believe that Sucker Punch’s Ghost of Tsushima inspired Ryu Ga Gotoku Studio to bring this spin-off back and to North America. Like A Dragon: Ishin! will be coming to PC, PS4, PS5, Xbox One, and Xbox Series X|S on February 21st, 2023.

Will you be trying this spin-off? Let us know in the comments below.