God of War Ragnarok devs just released a story trailer for the game. The video has sent fans into a frenzy. A notable sequence in the trailer gave fans a quick peek at one of the most anticipated moments for the franchise.

The much-awaited event is featured at the 2:38 mar of the trailer. It showed Kratos facing off against Thor, the Son of Odin and God of Thunder. Kratos is seen throwing his Leviathan axe at Thor, who in turn throws his hammer Mjolnir towards him. The two mighty weapons collide and emit a powerful surge of energy against the other before exploding. 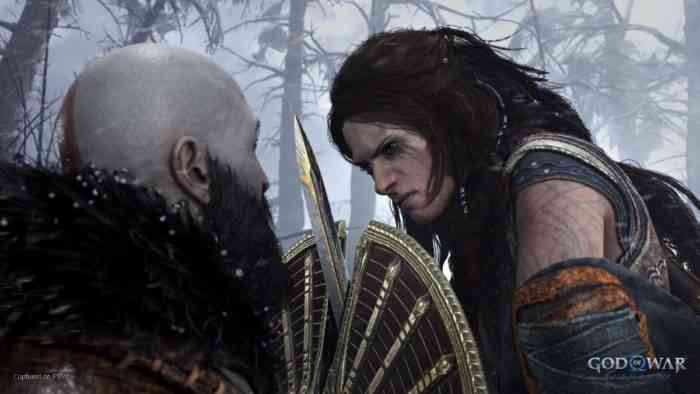 The two legendary characters then recall their weapons back to their hands. They then rush towards each other before the trailer ends. The snippet only lasted for 10 seconds. However, God of War Ragnarok fans are already floored by this scene. After all, devs have been hinting at this clash since 2018. With that said, a few seconds certainly stirred up the hype train.

It has only been out for less than 24 hours but God of War Ragnarok fans from all over the world have already been pouring over it. Some eagle-eyed fans even caught some tiny details within the trailer. They saw Thor snapping his fingers to recall Mjolnir to his hand during the fight.

According to fan speculations, Kratos may have the chance to wield Mjolnir after defeating Thor. However, it is worth noting that there has been no fanfare regarding this. Still, it would be an epic way to end Kratos’ time in Norse mythology.

God of War Ragnarok will be out on November 9th for PS4 and PS5 consoles.