Praise us Earthlings. It’s time to view what your planet has been saying about Crypto’s return to your planet. Today, THQ Nordic is happy to release the accolades trailer for  their alien invasion shooter, Destroy All Humans 2: Reprobed. Released in August, Destroy All Humans 2: Reprobed has been receiving praise and ratings everywhere. The new accolades trailer gives players a look at what people have been saying about the game. Additionally, a press release provides some more details about the game. 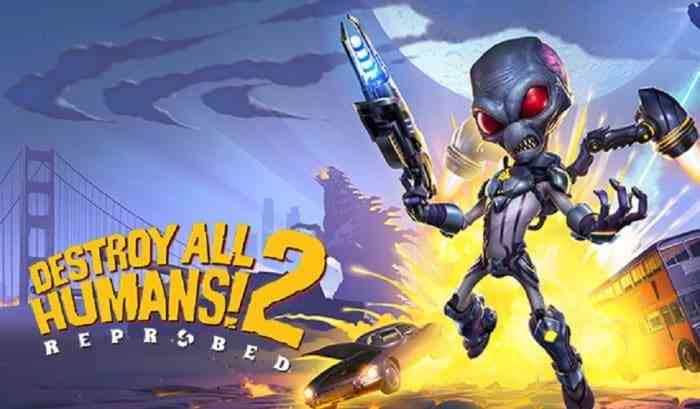 Destroy All Humans 2: Reprobed sees everyone’s favorite alien invader jump right back into the Swinging 60’s. Player’s will get back to abducting, destroying, and exploring Mother Earth’s fictional cities. Of course, abducting humans allows players to absorb their DNA and acquire upgrades. And you’re going to need them. As players explore the open world, and run into human challenges that wish to interrupt their plans, you will need to use classic and new weapons and skills. With a massive arsenal, lay waste to this pathetic planet.

From positive Steam reviews, and an 8.3 on Metacritic, Destroy All Humans 2: Reprobed has been a triumph. Of course, the accolades trailer gives players a look at what the gaming community has to say about the game. Additionally, the trailer shows off what critics and reviewers are saying.

Importantly, Destroy All Humans 2: Reprobed is available for purchase now. Of course, players can buy the game for  PC, PS4, and Xbox One. So, are you ready for invasion? Time to prep the probes and lasers. Get to work.