It’s party time. So, grab some friends and get ready for the block party of your life. Today, Mythical Games and Third Kind Games are happy to announce the worldwide launch of their multiplayer party game, Blankos Block Party.

Now entering Season One, the game is ready to introduce a load of new content for players. A press release dives into what players can expect from the first season of the game. Of course, players can expect to see some monstrous faces on the block with Mythical Games’ partnership with Toho bringing Godzilla, Mothra, and Mechagodzilla to the party. 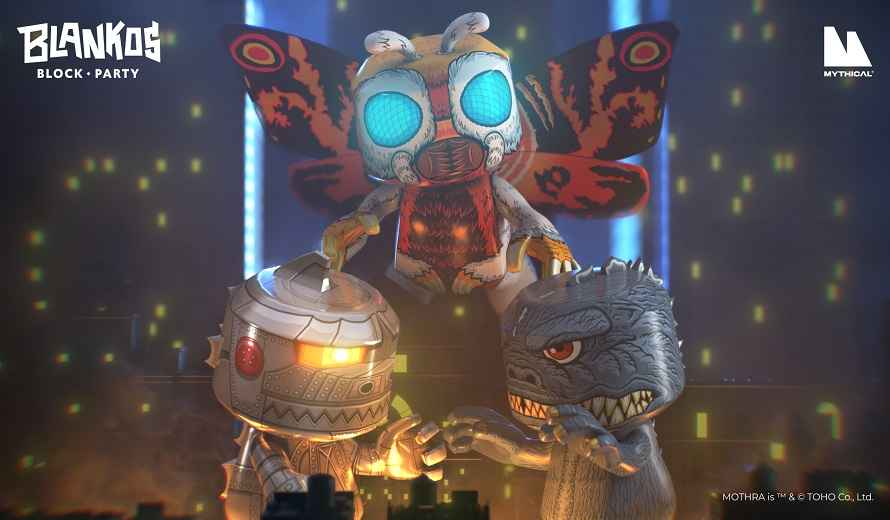 Blankos Block Party introduces players to Blankos: collectible digital vinyl toys brought to life. Existing in their own ever-changing, world, the Blankos engage in all types of game modes including racing, shooting, collecting, and brawling. Importantly the game offers players the freedom to collect, own and sell their digital items, though of course this isn’t required.

With the launch of Season One the party heats up with a new class (the Bruiser), new game modes, and a new season pass. The season pass, “I know what you did last grave rave”, brings some Halloween content to the game. Of course, players can also expect to see the three legendary Kaiju from Toho at the party. But players can learn more about Season One content here.

Lady Gaga May Host Fortnite’s Next Virtual Concert, Sources Say
Next
Skull and Bones Is Delayed for the Fifth Time
Previous
Iconic Character Rick Is Now Available In Multiversus