Bandai Namco Entertainment is one of the industry’s biggest publishers. The company has released titles such as Tekken, Soul Calibur and Ace Combat. Today, the company has announced that Gundam Evolution, its free to play hero shooter based on the famous franchise, is now available on PC in North America, Europe, Japan and other parts of Asia. Furthermore, the game will release on PlayStation 4, PlayStation 5, Xbox Series X/S and Xbox One on November 30th or December 1st, dependent upon the time zone.

In the game, players will hop into their mobile suits and engage in 6v6 fast-paced combat. Additionally, players will engage in three objective-based game modes such as Point Capture, Domination and Destruction. Each game mode presents unique challenges and players must utilize their skill and tactics to claim victory. 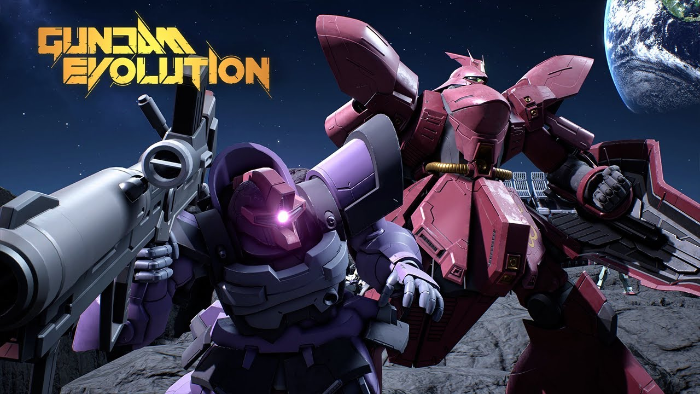 Moreover, fans will be able to use up to twelve suits including the classic RX-78 2 Gundam and ASW G-08 Gundam Barbatos. Players can unlock additional suits and customizable items via Capital Points, which are earned in-game or EVO points, which are a real-world purchase. Ryota Hogaki, Gameplay Director at Bandai Namco, stated, “Between powerful G-Maneuvers, the high-speed Boost System and the unique skills that each mobile suit brings to the battlefield, Gundam Evolution offers a combat experience like no other.” Kazuya Maruyama, Executive Producer at the company was excited for the game’s release.

What are your thoughts on the Gundam franchise? Do you enjoy the video games from the series? Are you a fan of Bandai Namco? Did you try out the game’s beta? Are you interested in its release on PC? What do you think about the game? Are you excited for its console release? Let us know in the comments below or on Twitter and Facebook.