Spongebob Squarepants is an iconic video game character and cartoon from Nickelodeon. The cartoon has been transplanted into the video game world on many occasions. THQ Nordic, at its yearly showcase, has announced Spongebob Squarepants: The Cosmic Shake for PlayStation 4, Xbox One, PC and Nintendo Switch. Furthermore, the developers released a lengthy trailer showing off various aspects of the game. Interested fans can wishlist the game on Steam here, as there is no release date just yet.

In the game, players will navigate a brand new world with two of their favorite characters, Spongebob Squarepants and Patrick Star, as they embark on a new adventure. Along the way, players will journey to the Prehistoric Kelp Forest, Wild West Jellyfish Fields, Halloween Rock Bottom and four other unique locations. Spongebob Squarepants and Patrick Star are in possession of the Wish-Granting Mermaid’s Tears and of course, havoc ensues. 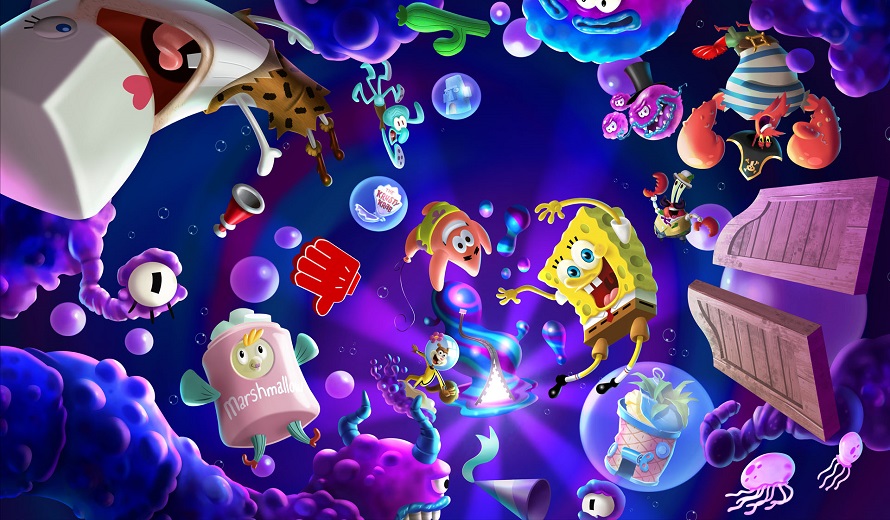 Furthermore, the game has a ton of features for players to enjoy. Players will be able to engage in classic platforming and combat and unlock and don over thirty custom skins for their favorite duo such as the Snailbob and Spongegear. Moreover, the game includes many of the series’ most important characters voiced by their original actors. In the trailer, viewers are given a first look at some of the world to be explored as well as the gameplay and combat. Spongebob Squarepants wears various outfits as he traverses the universe.

What are your thoughts on Spongebob Squarepants video games? Have you enjoyed them in the past? Are you looking forward to Spongebob Squarepants: The Cosmic Shake? What did you think about the showcase trailer ? Did you enjoy the THQ Nordic showcase yesterday? Let us know in the comments below or on Twitter and Facebook.