Time to Jump Back In

It’s time to begin ascending again. This time into a whole new arcology. Today Neon Giant happily announced that its action shooter RPG, The Ascent, is getting a new DLC: Cyber Heist. A press release about the DLC provides more details about what is coming with Cyber Heist. Additionally, a new trailer gives players a glimpse of what’s coming with their new contract. 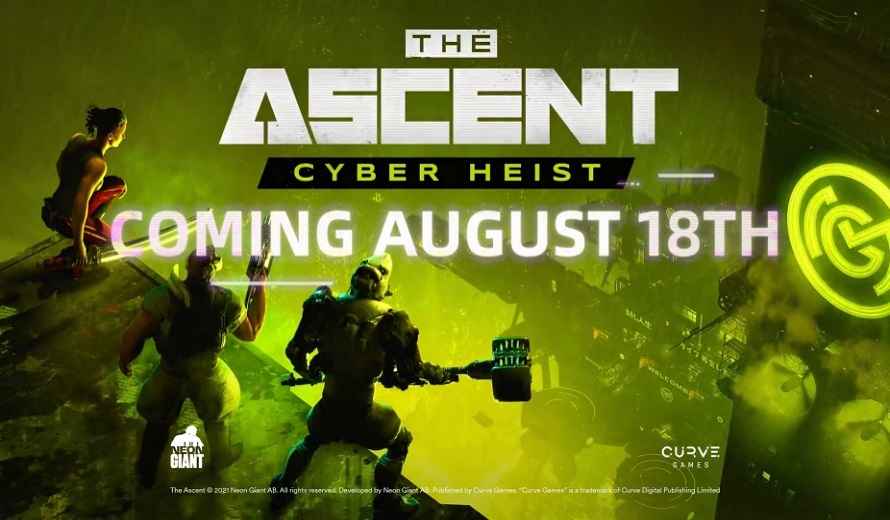 The Ascent is a solo, and co-op, sci-fi shooter set in a cyberpunk world where a Mega Corporation owns you and everyone else. The Cyber Heist DLC introduces players to a life after the main story of the base game. Now, as an independent contractor, you are ready for your next contract. This time, players will be facing off the Malhorst-Gelb Group. Of course, there is some new tech to get your hands on. However, you aren’t the only one with their sights set on this contract.

With Cyber Heist players will be able to experience an all new environment and new locations with a lot to explore. Importantly, you’re going to be needing some new gear. Luckily for you contractors there is a host of new weapons to try out, including new melee weapons. Now you can get up close and personal. Additionally, you’ll be able to use all of this new gear in new main and side missions. Players can get a glimpse in the trailer for the Cyber Heist DLC.

The Ascent: Cyber Heist is releasing August 18th, 2022 for PC via Steam, and Xbox consoles. The DLC will cost $9.99 upon release. So, are you ready for your next contract?