It’s time to welcome another of horror gaming’s icons to the realm of the entity. Today, Behaviour Interactive confirmed a new Resident Evil Chapter, Project W, for their asymmetrical horror game Dead By Daylight. Of course, the chapter announcement came with a new trailer. The teaser trailer, while short, delivers on letting players glimpse the power of Albert Wesker as he makes his debut in Dead By Daylight. 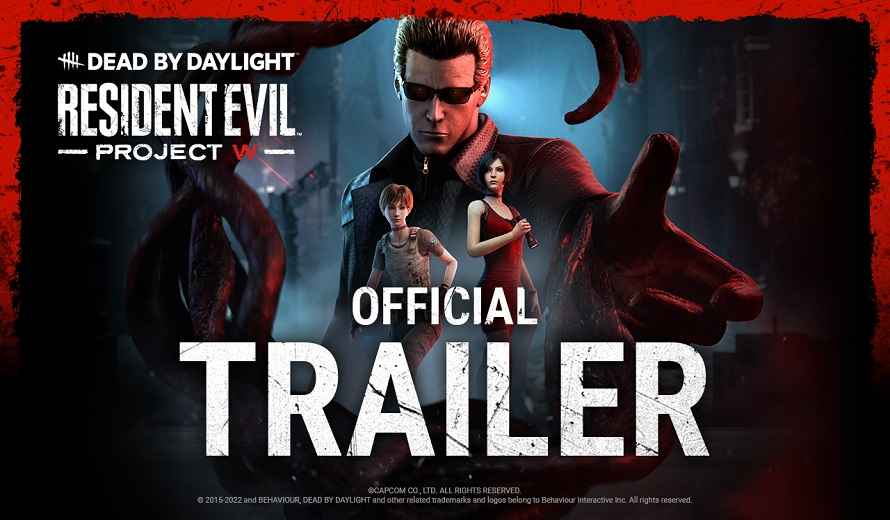 The trailer shows off the highlights of the update. Specifically the new characters arriving in the game. Project W will introduce two new survivors, Ada Wong and Rebecca Chambers, as well as the new killer: Albert Wesker. In addition to the arrival of new characters, Project W is also bringing some more changes. According to the description of the trailer the Racoon City Police Department map will also be receiving a rework. As of right now, there are only speculations on Wesker, Ada, and Rebecca’s perks and powers that they will bring to the game.

However, Dead By Daylight’s website hints at the Uroboros Virus being the key. Of course, players can see Wesker using the virus to his advantage in the trailer as he pursues Ada, Rebecca, and Meg Thomas. However, players will have to wait for more information to truly know how Wesker will use the virus in a trial.

Project W is coming to Dead By Daylight soon. The game itself is available on Xbox, PlayStation, and PC via Steam. So, are you excited for Project W?