If Only There Was a French Word for “Souvenir”

Earlier in the Summer, Focus Entertainment announced an October release date for A Plague Tale: Requiem. This week, they released a new gameplay overview trailer. More about the plot is revealed, as well as some new gameplay mechanics.

Fans can also pre-order the Collector’s Edition. It comes with Hugo’s Feather Broach, 3 Lithographs, a 2-Track Vinyl record, a 8.3″ statue of Hugo and Amicia, and a physical copy of the game. It all comes in a collector’s box. 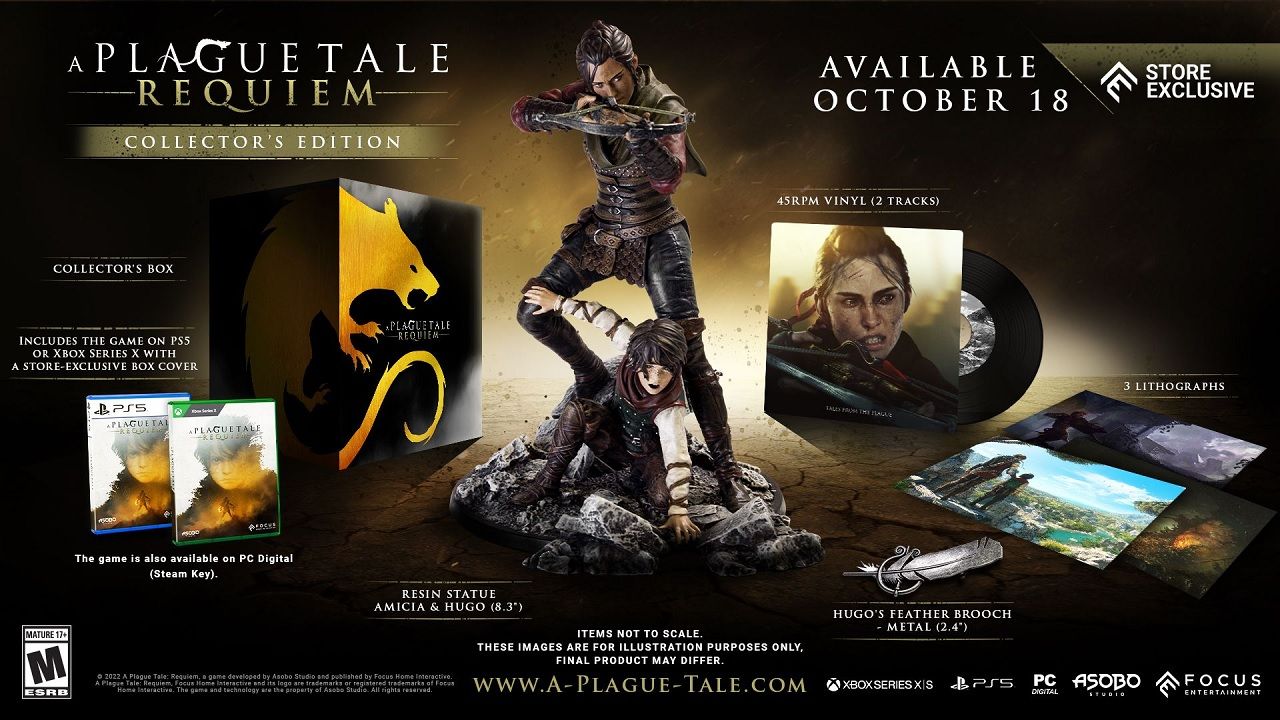 If you pre-order either edition of A Plague Tale: Requiem, you will also get the Protector’s Pack. This comes with bonus crafting resources, the Red Damsel Crossbow skin, and 13 different flower cosmetics for Amicia. The flowers harken back to a set of collectibles from the first game, where Hugo would put flowers in Amicia’s hair.

The gameplay trailer shows Amicia will have a few more tools, which can be used in stealth sections or in combat. Hugo also has new abilities available by harnessing the Macula blood disease within him, though it takes a great toll on him.

A Plague Tale: Requiem will be coming out on October 18th. It will be available on PC, PS5, Xbox Series X|S, and Nintendo Switch via Cloud. It will also be on Game Pass on day one.

Will you be pre-ordering A Plague Tale: Requiem? Let us know in the comments below.