Electronic Arts has consistently released a ton of content for Sims 4 since its release in 2014. In the past, the developers have released a variety of packs including Neighborhood Stories, Wedding-themed DLC and the Cottage Living DLC. Today, EA and Maxis have announced that the High School Years Expansion Pack will release on July 28th, 2022. Interested fans can get their hands on the DLC for the price of $39.99USD. It will be available on PC via Steam and Origin, Mac and Xbox and PlayStation platforms.

In this pack, players will take a journey as they explore personal stories and the development of a teenager in high school. According to George Pigula, Lead Producer for the High School Years Pack, players must learn to juggle activities, enjoy big moments and create lifelong relationships. Furthermore, sims will have access to a huge wardrobe through the Trendi App and DePop sellers. The DePop Sellers include clothing designed by Jeremy Salazar, Selena Williams, Bella McFadden and much more. 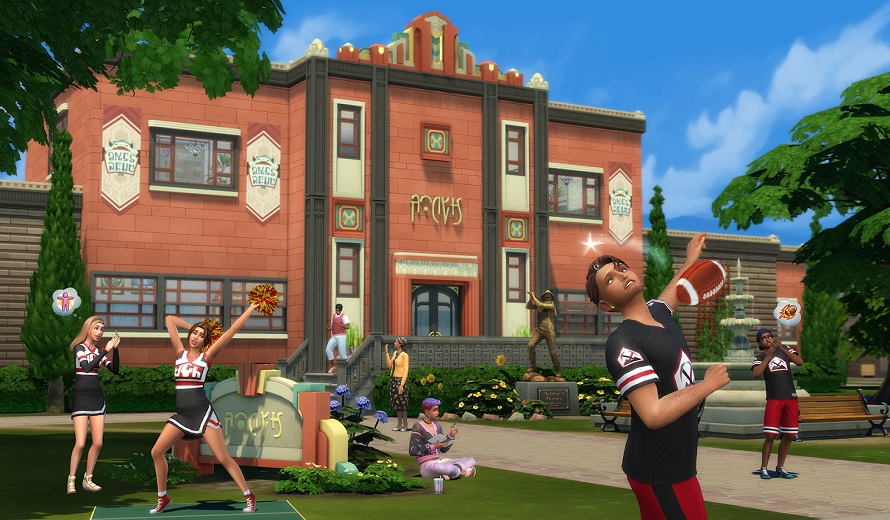 Besides various activities at Copperdale High School, players will be able to visit Plumbite Pier or get some boba tea at the ThrifTea store. There are endless possibilities for players to enjoy as they play through formative years in their sims’ lives. In the three minute trailer, Maxis showed off various aspects of the expansion pack. In the trailer, players get a look at the school, Plumbite Pier and much more.

What are your thoughts on Sims 4? Are you a fan of the game? What is your favorite DLC pack thus far? Are you interested in the High School Years Pack? What aspect of this pack are you most excited for? Let us know in the comments below or on Twitter and Facebook.

Dave the Diver Splashing Into Gamescom 2022
Next
Blizzard Acquires Proletariat To Assist In World of Warcraft’s Development
Previous
Prime Matter Releases A Ton Of New Content In Crossfire: Legion