Save Money and Play More!

Xbox finally announces the Games With Gold games lineup for the month of June 2022, with 2 Xbox 360 games and 2 Xbox One games. 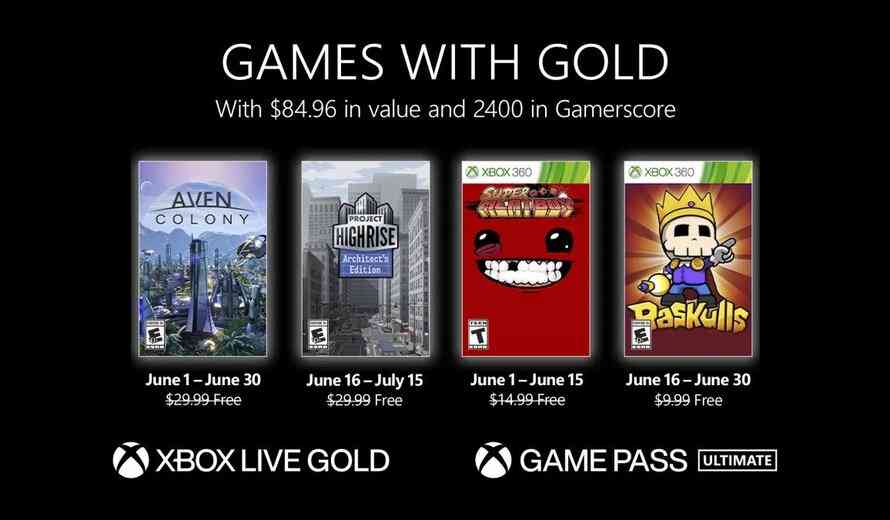 The games for June 2022 are announced to include the two Xbox One games, Aven Colony and Project Highrise as well as the two Xbox 360 games, Super Meat Boy and Raskulls.

Aven Colony is a city-building game where players are tasked with building a human city on a distant alien planet. Players will have control over every aspect of the project including the infrastructure decisions as well as the health of all human colonists. The game also has various difficult levels in order to appeal to all types of players. The game is available for download throughout the month of June 2022.

Project Highrise on the other hand is a 2D tower-building game, and unlike Aven Colony, it only focuses on the building and management of skyscrapers. The game is considered to be a spiritual reboot of the 1994 game and is available for download from June 16 to July 15.

Xbox’s Games With Gold are included with the Xbox Live Gold subscription is available for $10 a month or with the Xbox Game Pass Ultimate subscription for $15 a month that also features a wide library of downloadable and streamable games at no extra cost.