Within The Blade, Preorders Available for Limited Physical Release

Can Your Ninja Skills Get Ahold of This Physical Release? 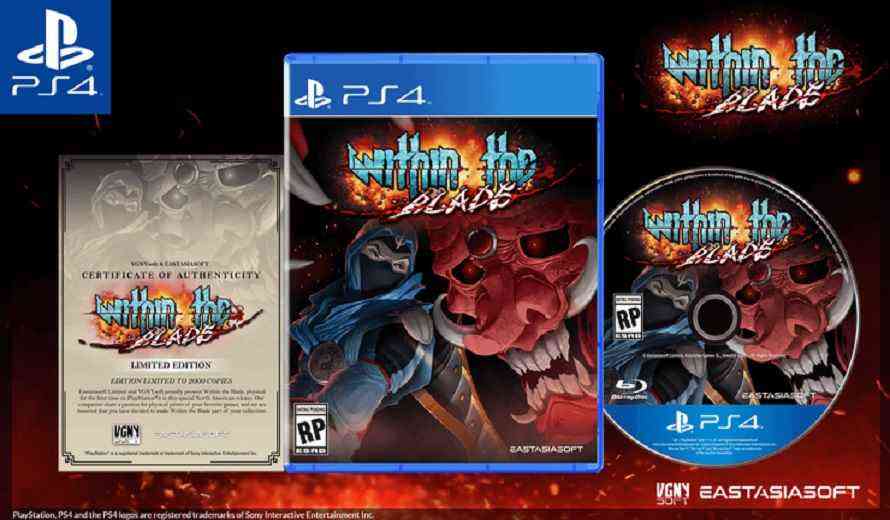 Within the Blade places players in the sneaky shoes of a ninja of the Black Lotus Clan. Exploring the scenic world of feudal Japan players will learn how to adapt their stealth and combat abilities to complete their missions. The objective: assassinate the last Shogunate and free the people of Japan from the warlords rule.

Players will experience the fast pacing and dynamic battles of Within the Blade. Additionally, once they learn the ways of the ninja on normal enemies, there are ten powerful and unique bosses to take on. Each battle will take players closer and closer to their goal of defeating the Shogunate and freeing Japan from their rule.

Furthermore a physical release trailer provides new players with a deeper look at gameplay. From the scenic pixel art style. To the dynamic combat. Players get to see what Within the Blade has in store for them.

Within the Blade pre-orders for the limited physical edition are available now. The physical limited release will be available for PS4 and can be purchased directly from VGNYsoft’s website. Additionally, there will only be 2000 copies available for purchase so fans will need to act fast.